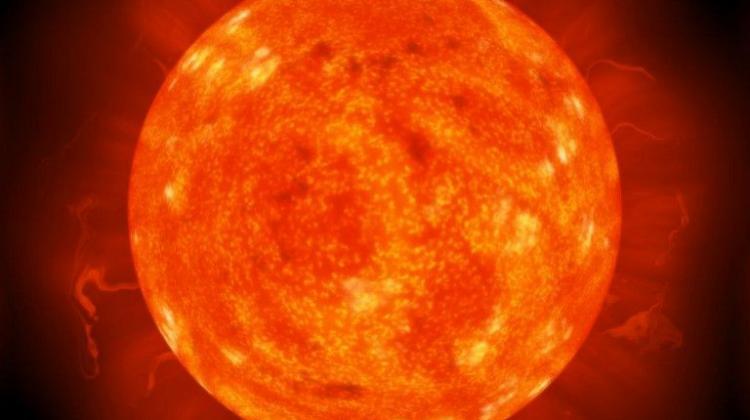 One of the six remote sensing instruments used in ESA and NASA mission to the Sun is the X-ray spectrometer/telescope STIX, in the construction of which Polish scientists participated. It will be used to study solar flares.

The Solar Orbiter mission launches on February 10 in the morning (Central European Time) from Cape Canaveral. The probe will study the Sun's polar poles, which are hardly visible from Earth, providing new data about our star and heliosphere - the giant "bubble" of matter it ejects.

Solar Orbiter will fly as part of a European Space Agency (ESA) and NASA mission. The Space Research Centre of the Polish Academy of Sciences has contributed to the mission. Scientists from Warsaw and Wrocław - together with Swiss researchers - have developed STIX (Spectrometer/Telescope for Imaging X-rays), a special type of X-ray telescope that will record solar flares.

STIX was developed jointly by scientists from Switzerland, Poland, Czechia, Germany and France. The project partners also include Irish, Austrian and Italian scientists, who will be responsible for analysing and archiving the collected data.

Poland's financial contribution to the STIX project is estimated at EUR 2-2.5 million. It amounts to approx. 20% of its total budget and is second only to the Swiss contribution.

Polish experts from the Space Research Centre of the Polish Academy of Sciences in Warsaw and Wrocław were responsible for the computer controlling the telescope, its housing and software. They also developed a test detector simulator and device for testing communication with the probe.

Two identical copies of the telescope were built - flight and spare. The former was installed on board the Solar Orbiter probe in May 2017. Should the flight unit be damaged before the probe launch, it would be replaced with the spare instrument.

If such a replacement is not necessary, the spare will remain on Earth and be used to test the software before sending it to the flight unit in space. If the flight instrument malfunctions, its ground copy will make troubleshooting easier.

Dr. Tomasz Mrozek from the institute's Solar Physics Division in Wrocław notes that we still do not know the answers to many questions about the Sun. Why is the surface temperature around 6000 K and the corona - a million degrees? Why do spots appear? Can solar flares, threatening terrestrial infrastructure and artificial satellites, be predicted? How will solar activity affect Earth's temperatures in the coming years?

The latest ESA and NASA mission can provide answers to these questions. Knowledge of solar activity will also allow to better understand other stars that the current Earth probes have no chance of reaching.

Dr. Mrozek explains that STIX will study solar flares in the X-ray range, specifically the so-called hard x-rays - photons with energy from 4 keV to 150 keV, which corresponds to electromagnetic waves from 0.31 nm to 0.00827 nm (10 million times shorter than the diameter of a human hair). Such flares can threaten satellites and even terrestrial infrastructure, including power grids.

'Solar Orbiter, equipped with the best of possible instruments, will come closer to the Sun than it was possible before, and will study the poles that are hardly visible from Earth', emphasized Dr. Mrozek. 'STIX will allow to study sunspots, darker areas on the surface of the Sun. The spots are cooler than the surface, but areas just a few thousand kilometres above them reach temperatures of millions of Kelvin, which is why they emit ultraviolet radiation and X-rays. However, not all x-ray emissions are thermal. Some are caused by high energy particles', the scientist says.

Since Solar Orbiter will approach the Sun at a distance of 42 million kilometres (closer than Mercury), the equipment is hidden behind a massive thermal shield built of many layers of titanium covered with special coating. This is one of the reasons why the entire probe weighs 1.8 tons, while all of its research instruments - only about 200 kilograms.

'In this shield, however, there are holes for individual instruments and STIX +looks+ through one of them. To prevent the instrument from overheating, additional heat generated by the detectors is received and dissipated by a copper plate', says Dr. Mrozek.

He explains that the cylindrical panels in the front and rear of the telescope contain tungsten grids of alternating slits and crossbars. The grids were made in the US, etched from thin metal sheet, then glued into thicker structures with a special glue.

'30 pairs of grids with slits of different sizes, twisted at an angle to each other, allow 30 cadmium telluride detectors (designed by the French) located in the rear to receive modulated radiation from the Sun. Additional two detectors for a rough determination of the position of the flare and measurement of the background do not have associated grids. Each detector is divided into several pixels with different parameters. Each was hand made and the best units were selected from several hundred produced', emphasizes the scientist from the Space Research Centre PAN.

Based on the data obtained by the sensors, knowing the parameters and setting of the grids, computer can calculate the exact image of the object, in this case - the Sun. Its resolution will be approx 700x700 pixels, which will allow to distinguish 2000 km details on the surface of the Sun (the diameter of the Sun is almost 1.4 million km). 'If we see small details that not anticipated by the current models, these models will have to be modified. If not - it will be important as well', says Dr. Mrozek.

'The main research task of the mission is to find out how the Sun controls the heliosphere and expand knowledge about the long-term activity of the Sun related to the climate', the physicist says.

The precision telescope is very sensitive to shocks during take-off. Therefore, once the probe is in space, scientists will have to recalibrate and develop appropriate software compensation.

Information obtained from the mission will be available to scientists worldwide. The first useful data are expected in November 2021, and the entire Solar Orbiter mission will continue at least until December 2025. Its cost is estimated at approx one billion euros. ESA will work with NASA, whose Parker Solar Probe was launched in August 2018. Parker Solar Probe will get even closer to the Sun than Solar Orbiter, but it has different equipment. Therefore, the two probes will complement each other.