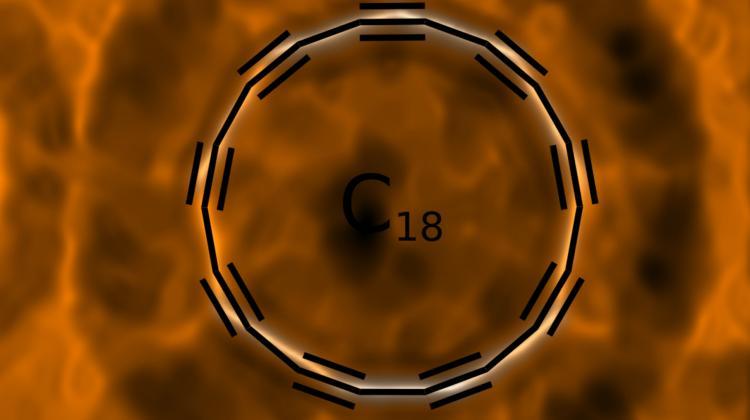 Cyclocarbon - a new allotropic form of carbon described in "Science". Illustration based on an atomic force microscope (AFM) image showing the structure of the compound. Credit: IBM Research

Textbooks need an update? Diamond, graphene, graphite, fullerenes (and nanotubes) are no longer the only known forms of carbon! Carbon was observed in another form: cyclocarbon, an atomic size carbon ring. A Polish researcher has contributed to the discovery described in "Science".

Structures composed only of carbon atoms may have different properties depending on how the atoms of this element bond with each other. Diamond (carbon atoms forming a regular crystalline, three-dimensional mesh) is one of the hardest materials known to date; it is transparent and does not conduct electricity. In turn, graphene (monatomic sheet of carbon with honeycomb structure) is almost transparent, resistant to stretching, and conducts electricity very well. Graphite known from pencils (made of many layers of graphene) is grey-black, brittle, and conducts electricity very well. Fullerenes (nano-footballs made of carbon atoms) are dark, they can be superconductors or semiconductors. Some also include carbon nanotubes (graphene sheets rolled into a tube) - which are extremely durable.

Now we need to add another member to the allotropic carbon varieties family: cyclocarbon.

Cyclocarbon has the shape of an atom-thick ring, which consists only of connected carbon atoms. In a publication in Science, scientists from the University of Oxford and IBM Research in Zurich show how to produce a ring of 18 carbon atoms. 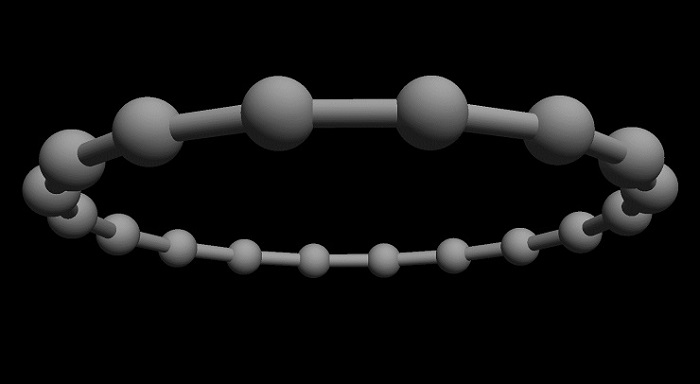 "There are many indications that cyclocarbon will have properties of a semiconductor" - explains one of the discoverers of cyclocarbon, Dr. Przemysław Gaweł from the University of Oxford. This is good news because the search for new nanoscale semiconductors is the focus of many scientists. Such materials would enable the creation of atomic size logic gates or transistors. And this would mean further progress of miniaturization of electronic devices.

For now, cyclocarbon has only been obtained under strictly controlled conditions: at a low temperature (at 5 Kelvin or approx. -268 degrees C). "On a cold, neutral surface - a thin layer of table salt - the particles are stable enough to study them" - the scientist says. For now, it is unclear whether this compound will be stable at higher temperatures and when it is not isolated from other compounds containing carbon. 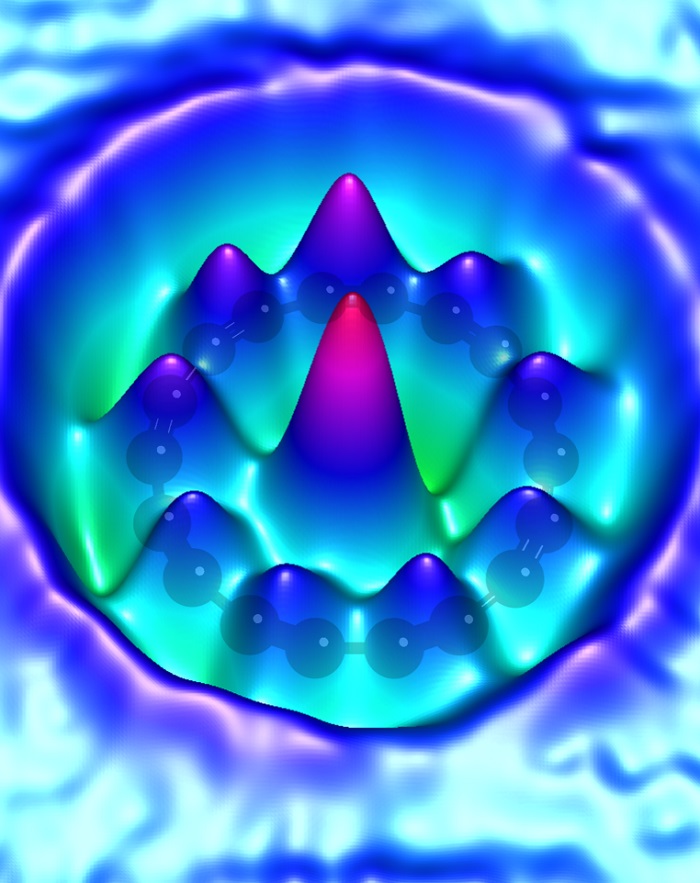 He explains that such a variety can have two forms: one of them is a polymer called carbyne - a chain composed of only carbon atoms. But carbine is so unstable that it has not yet been isolated (it was only produced inside a nanotube). "And in my research, for four years I have been trying experimentally to obtain a cyclocarbon - atomic thickness carbon ring" - says Dr. Gaweł, one of the main authors of the publication in "Science". This research - as the publication in "Science" shows - have been successful.

Images of the cyclocarbon molecule – with visible individual atoms, and even bonds between them – could be obtained by atomic force microscopy (AFM).

The images obtained in the research project also dispel the doubts that theoreticians had about the chemical bonds in this compound. We can remember from chemistry lessons that in the formulas of chemical compounds, carbon atom usually had four "hands" that have to be used. But it was not clear from theoretical models how atoms would hold such "hands" in a ring composed exclusively of carbon atoms: would there be double bonds only, or maybe triple and single bonds alternately? "Our publication solves the debate that has been going on for 50 years: in our cyclocarbon there are alternating triple and single bonds" - Dr. Gaweł explains. 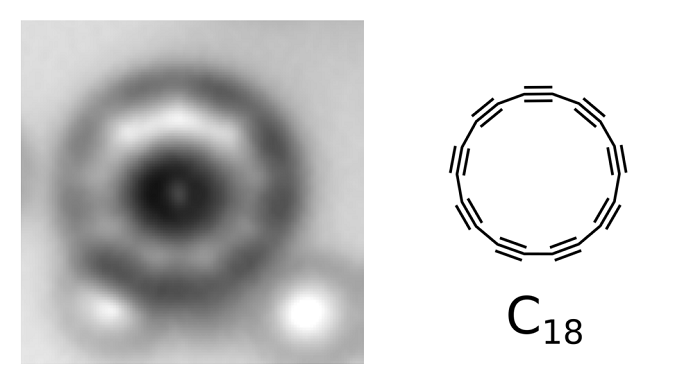 The properties of the material depend on the bonds between the atoms. If the ring had double bonds only, it would be - as it was expected - a metallic conductor. On the other hand, alternating single and triple bonds suggest that cyclocarbon is probably a semiconductor. Dr. Gaweł explains that this is good news, because in terms of potential applications, semiconductors are now more interesting structures than conductors.

HOW WAS IT RESEARCHED?

The compound was obtained by manipulating individual atoms. To this end, a group from Oxford in cooperation with scientists from the IBM lab in Zurich synthesized the cyclo[18]carbon precursor, a ring with 18 carbon atoms. This precursor, C24O6, has a triangular shape and in addition to 18 carbon atoms IT contains six carbon monoxide (CO) groups, which increases the stability of the molecule. 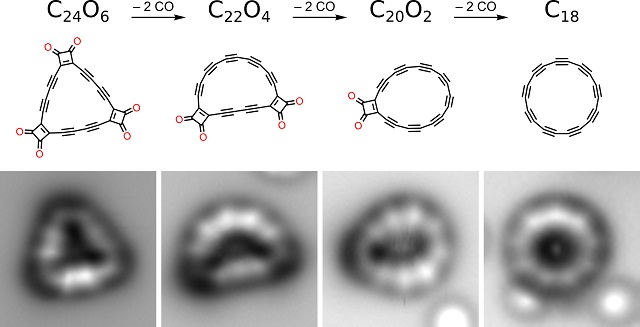 By applying electrical impulses to the tip of the AFM microscope probe, researchers managed to remove pairs of CO groups from the precursor and obtained cyclo[18]carbon.

Dr. Gaweł comments that the possibility of creating larger carbon-rich structures - by connecting molecules through atomic manipulation - opens the way to the creation of more sophisticated carbon-rich molecules and new carbon allotropes. (PAP)