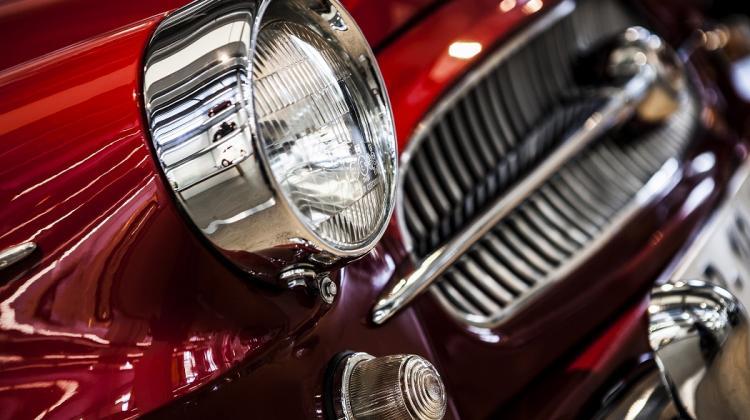 Scientists have come up with a new way for making metal alloy coatings - and have set up their own company to commercialise it.

The beautiful-looking coatings from the Faculty of Chemistry at the University of Warsaw, were developed using a microscopic protective and decorative layer which is non-corrosive, does not sensitise, does not release harmful elements and is cheap.

Dr. Paweł Bącal, one of the brains behind the new coatings which can be used as an alternative to chrome and nickel said: "We have materials similar to chromium, which are not inferior in terms of hardness, have a similar colour, can give a mirror-like gloss, and their production is much more environmentally friendly, not only because no harmful reagents and no chromium are used, but also less water and electricity are used in their production.”

Avoiding the use of chromium is important since being recognised by the European Union as a hazardous substance.

Even small amounts of some of its compounds can be harmful, and electroplating workers are particularly at risk.

SUBSTITUTE FOR HARMFUL OR EXPENSIVE MATERIALS

With no substitute, manufacturers still use it, but this requires a special permit or the product must be manufactured outside the EU.

The Warsaw scientists are now looking to change that with their company Inelco which they are hoping use for commercialising research results and developing them into market products.

The new coatings will be cheaper, but they will also effectively protect taps, connectors from corrosion, decorate furniture and car or motorcycle parts.

They also want to accept orders from industry and look for new metal alloys and materials with specific physical properties.

FROM A MISTAKE TO BREAKTHROUGH AND BUSINESS

But none of this may have happened were it not for Dr Bącal making a mistake whilst a student who had just started working in the laboratory and set one of the switches to the wrong setting.

He said: "During research I realized that I had set the device incorrectly. The result of the experiment was different than I expected, it did not fit the recognized theories.

“This experiment prompted me to further research, although other chemists said that the result was incorrect and certainly contradicted the literature.

At that time, the scientific world was convinced that tungsten could not be co-plated deposited with aqueous solutions except in the presence of nickel, iron or cobalt. Meanwhile, the result of the experiment suggested that this was also possible in the presence of copper.

When Dr. Paweł Bącal was sure that he had not made a mistake, he published a paper that changed the beliefs of chemists about two-component tungsten alloys. A little later, American scientists proved that similar results could be achieved with silver.

"These discoveries opened tremendous, previously unexplored possibilities. It turned out that thanks to simple electroplating (a simple method of covering one metal with another), many undiscovered tungsten alloys with hard to imagine properties could be produced. Most of the new materials will not be useful, but some may prove to be groundbreaking in some field," said Dr. Paweł Bącal.

Dr. Bącal and his team are now also working on metal alloys that can be used in the production of much cheaper fuel cells. Currently, precious metals are used in the construction of cells, which significantly limits the possibilities of their mass production.

Dr Bącal said: "Everyone would like to have a car, from the exhaust pipe of which only water would leak. Our goal is to avoid using expensive materials to produce the propulsion for such vehicles.”

These expensive materials are precious metals, the resources of which are limited. Instead, the scientist proposes widely available and cheap tungsten compounds.

Although admitting that his material does not provide such hydrogen release efficiency as in the case of cells based on precious metals, it is he says many times cheaper and its production is more environmentally friendly.

Inelco has also developed a substitute for nickel that many people are allergic to. The new alloy created from the combination of nickel with copper and tungsten prevents objects made of it from causing an allergic reaction.

"The alloy behaves completely differently than any element in its pure form. Each element brings something to the new material, but its final properties do not constitute a simple sum. We get very interesting combinations, for example nickel, copper and tungsten give a shiny, corrosion-resistant metal, which according to our preliminary studies does not sensitise people who are allergic to pure nickel," says Dr. Bącal.

The added: ”We are able to produce +self-undercoating+ materials. This means that the material itself produces a layer that +glues+ to with another material (...) We managed to develop the technology to achieve this in one solution. And again we have savings: water, detergents and human labour, because the whole process is automated.”

In addition, the methods of producing coatings do not require toxic reagents, so they do not generate toxic waste. By reducing the number of stages in which metal alloys are formed, the scientists found that their product requires less activities related to washing and cleaning the equipment used in the production of decorative and protective coatings for steel.