Of wolf and man: Scientists are looking for a recipe for peaceful coexistence 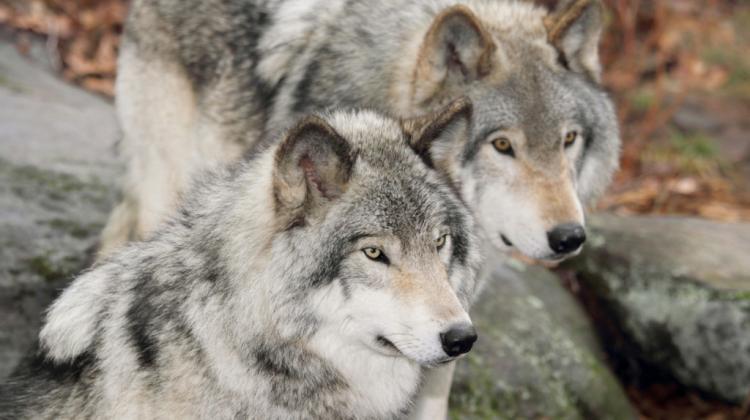 Can people and wolves that are returning to the forests of Europe after years of absence live side by side and use one space? How to avoid or alleviate conflicts between predators and animal breeders? An international team of experts is looking for a recipe for peaceful coexistence.

Large predators are returning to Europe - this message, supported by extensive field research, was published in Science in December 2014. Members of the international team of experts led by Guillaume Chapron from the Swedish University of Agricultural Sciences wrote that "the European situation reveals that large carnivores and people can share the same landscape".

Researchers reached this conclusion after compiling data on the largest predators living in the EU, Finland and Norway. Bears, wolf and lynx populations in Europe were considered large - the scientists noted that from the beginning of the 21st century, their numbers were stable or even growing. Researchers noticed that at least one third of Europe`s area is home to at least one species of large predators: brown bear, lynx, wolf or wolverine. Wolves live in 28 countries on nearly 800,000 km 2, and their number is estimated at approx. 12 thousand individuals.

Currently, another team of experts poses a new question: if large predators, in this case wolves, return to Europe, how to be neighbours with them and avoid conflicts? Simply put: the wolves should not go hungry (and remain safe), the sheep should be safe, and the breeders should not worry about their stocks or seek retribution.

The international team of scientists led by Dr. Dries Kuijper from the Institute of Mammal Biology, Polish Academy of Sciences in Białowieża focused on the problem of coexistence of wolf and man. In their conclusions published in Biological Conservation, scientists emphasised that discussions about the coexistence of wolf and man should be dominated not by emotions, but by knowledge and scientific facts.

Researchers from Poland, Germany, the Netherlands, Sweden and South Africa note that the renewal of the wolf population in Europe is perceived as a success, but also a challenge related to the conservation of the species. On the other hand, the presence of a large predator can mean new conflicts.

They remind that wolves are an important element of Europe`s ecosystems, which supports the health of forests and their renewal. Wolves and other large predators affect the ecosystems directly - by preying on large herbivores that graze on young trees. The very presence of wolves is enough to keep deer and roe deer in check, as they spend less time feeding when sensing the threat.

The problem is that the wolves are returning to a different world than the one in which their ancestors lived. Today, forests are surrounded by densely populated areas, agriculturally developed and urbanized. Wolves are threatened not only by poaching, but also by landscape fragmentation and heavy road traffic. At the same time, the presence of wolves means conflicts, for example with sheep breeders or hunters, for whom large carnivores are competition. Equally important is the attitude of ordinary people towards wolves, which often cause anxiety (although attacks are extremely rare, there were 21 of them in Europe in the last half-century, 4 of them deadly).

If large predators are to survive in this landscape, the relationship between them and man has to be redefined and regulated in such a way that the paths of wolf and man cross as little as possible, the authors of the analyses write.

How to achieve it? Dries Kuijper`s team reviewed data on large predators in Europe and other parts of the world. Researchers analysed various methods of managing populations of carnivores and their protection, assessed the applicability of these solutions in Europe and possible ecological and economic effects.

As a result, the researchers presented four recommendations for resolving conflicts between wolf and man. At the same time, they emphasised that in the matter of protection of wolves and preventing possible conflicts, politicians should actively identify measures conducive to peaceful coexistence instead of leaving the matter to resolve itself.

The researchers point out that in various parts of the world (for example in Australian shepherding areas), culling is used as a way to control predation (in this case - by dingo). Culling predators to reduce their population is also allowed in some states of the US, and it happens in Norway, Sweden and Finland. However, the authors of the publication in Biological Conservation write that population control may seem like an easy solution, but often it does not resolve the conflict and is clearly at odds with European legislation.

Instead of culling, they suggest using carefully designed, non-life threatening livestock protection methods. They note that there are many such effective solutions. For example, fladry lines (ropes mounted along the top of a fence, from which strips of fabric or coloured flags that will flap in a breeze are suspended) are used in Poland alongside electric shepherds and guard dogs to protect farm animals.

Researchers also write about managing the behaviour of wolves and humans to increase "mutual avoidance". They reserve that these methods are promising but largely untested. These types of deterrents (for example unpleasant, loud sounds or alarms) are often used in connection with other animals, for example in orchards to discourage birds, or near railroad crossings to deter ungulates.

"This goal can also be achieved by making some areas less attractive for wolves. There were US experiments with repellents - substances that wolves do not like, and deterrents - substances that they are scared of. That includes substances with a smell that wolves hate, or putting certain substances on dead sheep so that eating them causes wolves to vomit, thus teaching them to associate eating a sheep with a negative experience" - explains Dries Kuijper.

Among the deterrence methods, he mentions shooting wolves that come too close to inhabited areas with rubber bullets, scaring them off with strong lights or sounds when they approach estates or farm animals. According to the expert, there are many methods, but there is no reliable research on their effectiveness.

"We also emphasize how important it is for wolves to be afraid of people, and for people not to cross paths with wolves. The method of avoidance by both sides seems best for peaceful coexistence" - says Dr. Kuijper.

Among the solutions for peaceful coexistence, scientists also postulate the creation of a rich base of wild animals, so that wolves can concentrate on it instead of farm and domestic animals. In practice, this means maintaining large populations of deer, roe deer, elk, wild boar and other species that wolves prey on.

Are the populations of wild animals in Poland large enough to prevent wolves from looking for livestock? "Yes and no" - says Dries Kuijper. - "Populations of species that wolves hunt for are very large in Poland, usually larger than in many parts of Western Europe. But in the areas of free grazing livestock, for example in the south of Poland, grazing conditions make sheep easy an easy prey for wolves. They will follow easy prey. That is why you must provide sheep or cattle with proper protection, use electric shepherds or bring them out of the pastures for the night".

The authors of the publication point out that EU countries differ in terms of conditions related to, for example, cattle breeding or habitat fragmentation. Dries Kuijper points out that European legislation in all European countries is very clear: "The wolf and its habitats must be protected". Therefore, shooting wolves is against European legislation. Since there are many alternative methods for resolving conflicts, this time we must be wiser and find a good way to coexist with wolves".