Internet of Things: Will it change the world? What are the threats? What are Gdańsk researchers working on? 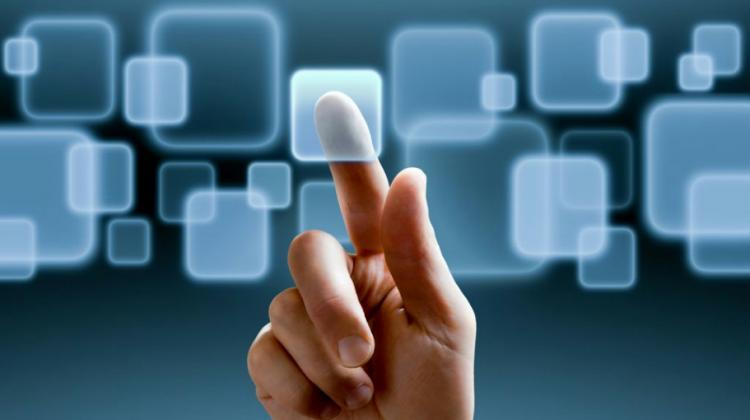 With so many questions swirling around the subject of the Internet of Things, Science in Poland spoke to Gdańsk University of Technology expert, Dr. Łukasz Kulas to find out more.

Science in Poland (SiP): As the only university in Poland, you have joined the Intelligent Secure Trustable Things project. What hides behind this name?

Dr. Łukasz Kulas: The project has two main goals. The first is to develop technologies related to the Internet of Things, with an emphasis on security and the use of AI. In parallel, work will be carried out on scenarios for implementing inventions created by project partners. We are talking about applications in various areas including airplanes and airports, hospitals, various types of buildings, solutions for Industry 4.0, car industry and ships.

SiP: In a few words, what is the Internet of Things?

ŁK: The Internet of Things should be understood as various types of devices, including common use objects, connected in a network. It can be a car, a fridge, a cordless kettle that has built-in electronics and appropriate software. The Internet of Things also includes all kinds of sensors. We are talking mainly about small integrated circuits, microcontrollers or microcomputers integrated with commonly used things that have their own software and are capable of communicating with other devices, often wirelessly. They can, for example, detect dependencies occurring in the environment and adjust their functioning on this basis, for example to allow their user to work more efficiently, or to make the user's life is more comfortable and safer.

SiP: The Internet of Things is also a modern industry and healthcare?

ŁK: That's right. I would even say that industrial applications are strongly emphasized. Allow me to give examples of the work we participate in at the university. One of these areas is upgrading aircrafts. A significant part of their weight are cables, which not only weigh a lot, they can also be damaged. The IoT will improve safety by installing additional sensors that monitor the status of vital aircraft components and communicate wirelessly. Without wireless communication, no one will install an additional sensor, as - due to the additional cables - it will increase weight and thus fuel consumption. And additional sensors can significantly improve flight safety, for example during landing.

Emergency units in hospitals use a lot of life-saving equipment. It often has to be moved. Adding small sensors that communicate with the network will allow this equipment to be tracked quickly. We are working on such a system.

SiP: You said that you are working on the security of such technologies. What threats are associated with the Internet of Things?

ŁK: The first threat is related to the use of artificial intelligence. Recently, a Tesla car hit an overturned truck at full speed because the algorithms failed to detect it in the camera image. The problem is that we often do not know what the AI has actually learned.

ŁK: And it is. One of our goals is, for example, to improve floating vessels in the context of safety. We want to enhance one of the ships in Gdynia with IoT and AI devices. They will collect information from the environment. The crew will be able, for example, to moor a vessel more efficiently. If, for example, due to changes in the weather the AI recommends that full speed should be maintained instead of slowing down, a collision could occur.

SiP: What is the solution?

ŁK: We want to use the so-called explainable AI, one whose operation we understand, and which guarantees that no one will be harmed after its implementation.

SiP: And the second threat?

ŁK: The second type of threat is perhaps even more important. It concerns broadly understood sensitive data that someone could intercept. There are known cases where someone broke into a surveillance camera system and watched what was happening at someone's home. You can also disrupt an important signal with so-called jammers. We are working on systems that will be more resistant to this type of activity.

SiP: How can we protect ourselves?

ŁK: For example, we design sensors with antennas for planes that intelligently recognize the direction from which the signal is coming. In the event of an attack, they can change their behaviour to make the system resistant to interference. We are also working on intelligent antennas that will allow for precise location of devices not only outside of buildings, but also inside, where GPS often does not work well.

SiP: What else are the researchers from the Gdańsk University of Technology doing in the project?

ŁK: We are working on systems that will increase airport security. These are systems for autonomous monitoring of the area around the airport that will help reduce the number of intrusions. For example, when someone crosses a fence and enters an area where there should be no people - it can be detected. Similarly for animals. We are also developing devices that will check if there are any unexpected obstacles on the runway.

SiP: Do you mean drones?

ŁK: Yes, but they will be wheeled drones. Any devices flying near or within the airport could themselves pose a threat to the aircrafts.

SiP: So we have hospitals, planes, airports, ships... The list is impressive.

ŁK: I would like to mention two more projects. We intend to soon sign a contract with the largest port in Poland, the Gdańsk port. We plan to install an Internet of Things system, which will improve the efficiency of various types of activities, for example reloading. It will also help find devices that are not working optimally. In general, the system will allow to evaluate the efficiency of various processes and propose possible improvement methods. Even if we increase efficiency by 5-10 percent, it means a big profit for the budget.

SiP: And the second project?

ŁK: In Pomerania, in cooperation with many entities, an autonomous vehicles group has been created. We decided to take the first step towards autonomous ships. We want to equip an existing vessel with systems that will give it some intelligence. Sensors will monitor fuel consumption, pressure in various components, detect damage. The system will optimise the ship's operation. In the second step, we want to make the vessel autonomous to some extent. Similarly to cars, it will, for example, detect distance to another ship.

SiP: Once these devices are ready, where do you want to implement them? In Europe or beyond?

ŁK: Let’s look at the example of the system for hospitals I mentioned. As a technical university, we intend to implement it in Polish clinics. We want to avoid a situation in which the invention goes to a global company and then returns to Poland three times more expensive. But such a company is also needed, because we will not implement it wherever it could be used. We will therefore offer our products to various global companies. One of them is already very interested in the system for hospitals. We are also counting on cooperation with Polish SMEs, several of which have already expressed interest in cooperation.

SiP: What time frame are we talking about?

ŁK: The whole project is planned for three years, and to do proper implementations can be expected in about five years. But pilot implementations will start as early as this year and if the hospital system introduced within a year proves effective, then it could be implemented during the course of the project.