Expert: The Internet of Things will change our lives 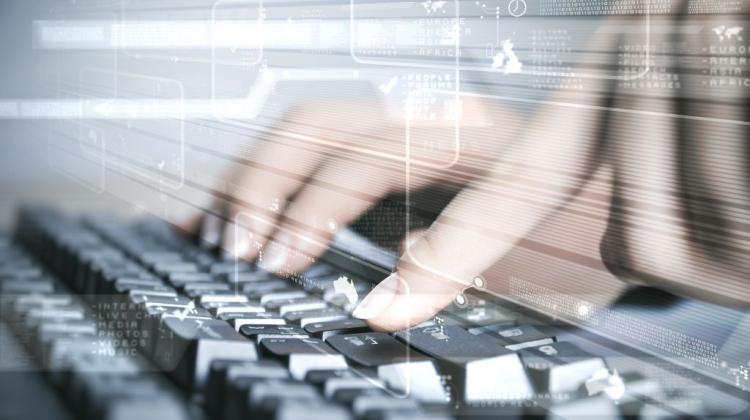 The Internet of Things, everyday objects connected to the internet, will change our relationship with these objects, but it can also lead to deeper divisions in society, experts believe.

One of the first to use the term "Internet of Things" was Kevin Ashton, British new technology expert. Internet of Things means that everyday items such as washing machines, heaters, shoes, cars, lamps or electricity meters will be fitted with chips and connected to the Internet. As a result, these devices will communicate with each other, without human involvement. Such interconnected network is called the Internet of Things.

According to Dr. Mirosław Filiciak, cultural studies from the University of Social Sciences and Humanities in Warsaw, the fact that the devices will communicate with each other without our help will change our relationship with everyday objects. "On the theoretical level, culture experts have long been pointing out that not only people, but also objects have motive power. This may sound strange, but I think that our relationship with objects will start to evolve in the near future, because they really will have ability to communicate and operate out of our control, gain some autonomy" - Filiciak told PAP. He added that the world in the era of the Internet of Things can be described to a certain extent with the analogy with old Disney animated films, in which devices were talking to each other. "But marketing and pop culture will probably give us the tools to describe the new situation" - said Filiciak.

An example of co-operation without human involvement can be a refrigerator, which will use an Internet application to send orders to a grocery store, if products run out.

Internet of Things is also cars with chips that connect to the network and transmit the vehicle position data. This, in turn - according to Prof. Adam Wierzbicki, computer science expert dealing with the impact of new technologies on society from Polish - Japanese Institute of Information Technology in Warsaw - is one example of how the Internet of Things can affect the functioning of society. "The positive effect of this solution will be, for example, better traffic coordination. Internet of Things will also allow for more efficient energy management in the home and in all cities" - said the expert.

Internet of Things, with many devices connected to the network, can also help us in daily functioning. "Cooperation of devices could give us more time for leisure, intellectual and spiritual development. I am still skeptical, because we live in capitalism, which focuses on efficiency and cost reduction. Internet of Things can therefore on one hand translate into higher efficiency, but on the other hand, in the long run many people may lose their jobs. This, after all, is the case with many technological innovations" - said Filiciak.

Cultural expert added that the Internet could lead to deeper divisions in society. He recalled the speech of Dutch media researcher Rob van Kranenburg, who attended the first Culture 2.0 conference in Warsaw in 2006. Van Kranenburg spoke about the implications of the Internet of Things, heralding the the New Middle Ages, in which the middle class, thanks to new technologies, will increase their autonomy, become even more independent and disassociate themselves from the rest of society. Europe will undergo extreme regionalisation. Further erosion of social solidarity may follow, because the rich and privileged will have fewer opportunities to be in contact with other social groups" - said Filiciak.

However, according to Adam Wierzbicki, we can not predict whether the Internet of Things will lead to the atomisation of society. "Already at the dawn of the Internet, people have said that it depersonalises and atomises the society. Meanwhile, social networking sites evolved that work quite differently. Internet of Things will definitely change our social skills, just like mobile phones changed the way we communicate" - said the expert.

According to estimates of the business security team at PricewaterhouseCoopers, by 2020 households in Poland will use more than 70 million devices connected to the Internet. Currently, there are around 15 million such devices.

Experts at PricewaterhouseCoopers estimate that by 2020 there could be as many as 50 billion devices connected to the network in the world, including computers, mobile phones, tablets, TV sets or electricity and gas meters.