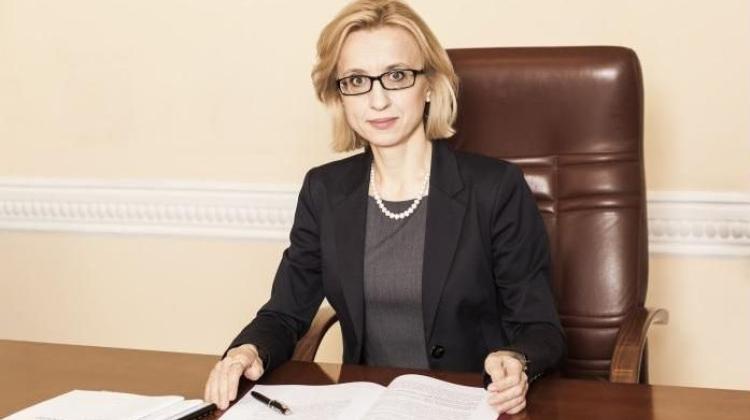 In the budget of all ministries for 2017, a total of 8.4 billion zlotys has been allocated to science and nearly 16 billion zlotys to higher education - summed up Deputy Minister of Science and Higher Education Teresa Czerwińska. She noted that these amounts were higher than in 2016.

Deputy Minister of Science and Higher Education Teresa Czerwińska summed up in an interview with PAP that when it comes to spending on science in the budgets of all ministries, in 2017 it will amount to a total of 8.4 billion zlotys. "In relation to the current year it will be an increase by 2 percent, or about 162 million zlotys" - said deputy minister.

Deputy minister commented that the total expenditure on science next year will amount to 0.43 percent GDP, which represents a slight decrease - about a hundredth part of a percentage point - in relation to 2016 (in the past year it was 0.44 percent GDP).

The budget of the Ministry of Science and Higher Education, over 6 billion zlotys are national funds. European funds are expected to reach nearly 1.35 billion zlotys.

Czerwińska explained why the EU funds for science in the next year are not as high as might be expected. "We are just at the beginning of spending perspective, and the beginnings are always difficult. The situation was similar in the period 2007-2013. But this does not mean that we lose these funds - we just move them in time. When it comes to the funds from the EU, we expect that their accumulation will occur in 2018" - she commented. She explained that the European funds will be spent, among other things, in competitions of the National Centre for Research and Development. The budget of this government agency will be 3 billion zlotys.

In turn, the budget of another agency subordinate to the Ministry of Science - the National Science Centre - is projected at 1.2 billion zlotys, 17 percent more than in the past year. "This is the biggest budget in history for this agency. We show the priorities of the ministry" - commented Teresa Czerwińska.

Deputy minister mentioned that in the Ministry of Science budget 2.4 billion zlotys will be earmarked for the maintenance of the so-called research capacity, and nearly 300 million zlotys for specific grants (including restructuring, research of young scientists, publication of monographs, Virtual Library of Science).

Next year, the Ministry of Science also plans to review special programs and research facilities (this group includes, for example, research infrastructure financed through a separate channel, unique in the country, such as reactor, accelerator, supercomputer). "We want to spend as much as 50 percent more than in 2016 on these topics" - commented Czerwińska.

"The positive news is that despite the demographic decline expenditures on education remain at the same level" - added Teresa Czerwińska.