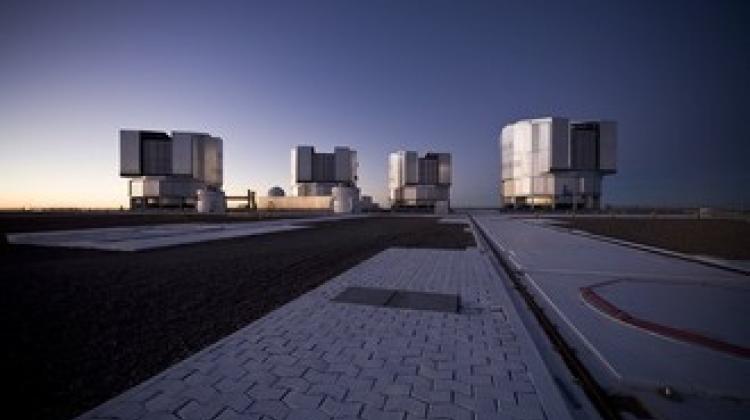 Polish scientists will perform research during the first phase of building a new spectrograph for the 8-meter VLT (Very Large Telescope), which will be used for high resolution sky observation in the ultraviolet range.

The scientists from the Nicolaus Copernicus Astronomical Center PAS, which  belongs to an international consortium that has been selected by the European Southern Observatory, will determine the scientific basis of the newly designed instrument.

The Very Large Telescope (VLT) is located on Cerro Paranal in the Atacama Desert in northern Chile. It consists of four individual telescopes, each with a mirror having a diameter of 8.2 m. Telescopes can be used separately or together to achieve very high angular resolution. The new spectrograph is to be installed at the Cassegrain focus of the VLT.

The new instrument will be more efficient than current VLT instruments with UV capability. Even in the era of extremely large telescopes (with mirror diameters above 30 m), such instruments will be optimised for observations in the red and infrared wavelengths.

During the first phase of research (phase A), scientists will consolidate knowledge of instruments, define technical requirements and develop a basic concept of the project. The Polish researchers will determine the scientific basis of the instrument's operation and plan the instrument's software. This phase will start with the inaugural meeting in the second half of June and continue for about a year.