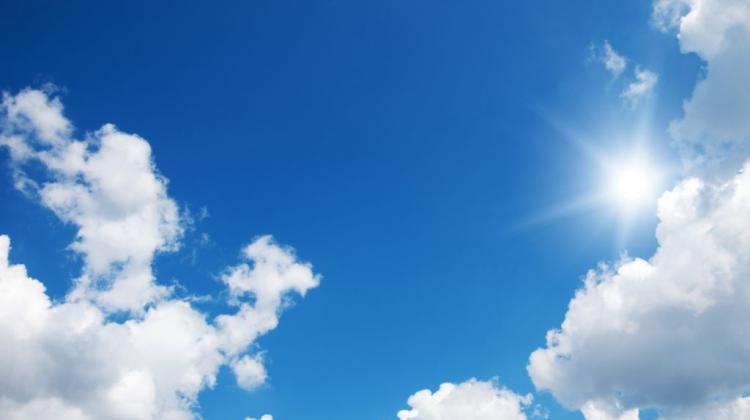 With fossil fuels projected to run out by the end of the 21st century, European scientists and companies have joined forces to develop artificial photosynthesis devices which can produce fuels (or chemicals needed in industry) using not oil or fossil coal, but sunlight, water and carbon dioxide.

When fossil fuels run out, not only will we not be able to drive cars or heat apartments like before, but also produce various necessary chemical compounds. Without oil, there will be a problem, for example, with producing fertilizers, cosmetics or packaging.

WHAT IS ARTIFICIAL PHOTOSYNTHESIS?

Artificial photosynthesis is the hope for solving this problem. The devices capable of carrying it out (sometimes called artificial leaves) will be able to use solar energy to convert easily available compounds - carbon dioxide, water, nitrogen or oxygen - into fuels or chemicals. Thanks to this, fossil fuels can be replaced by solar fuels. And renewable energy will be used to produce chemicals.

Unlike in traditional photovoltaics, 'solar energy' will not have to be consumed 'here and now', instead it can be stored and transported over long distances.

THERE IS A PLAN. BUT NO ONE CAN DO IT ALONE

Dr. Joanna Kargul from the Photosynthesis and Solar Fuels Laboratory of the University of Warsaw said: “Until now, work on artificial photosynthesis was decentralized. Physics, chemists or biologists interested in the topic investigated how to produce materials such as semiconductors or catalysts needed for artificial photosynthesis. Such research has already been done a lot. Now the time has come to combine all these findings into devices that will have the best performance and will work for a long time without significant performance loss. We want to leave laboratories for larger scale applications.”

The European consortium SUNRISE https://sunriseaction.com/sunrise-initiative/ (recently renamed to SUNERGY https://www.sunergy-initiative.eu/) and consisting of the best scientists and engineers from many European countries and companies has developed a road map that shows how to produce and implement artificial leaves on a large scale by 2025, and then by 2030 lead us to absorb more carbon dioxide than we emit. In their opinion, the plan can be implemented by joining forces of the best technological thought and appropriate long-term financing under e.g. the EU's Green Deal programme.

HOW WOULD ARTIFICIAL LEAF BE BETTER THAN A NATURAL LEAF?

An natural leaf produces sugar and other molecules needed for life in photosynthesis. Only a small part of produced compounds can be converted into fuel. Dr. Kargul said: “An artificial leaf simplifies the electron circulation to quickly produce a target chemical compound, using simple substrates such as water, carbon dioxide or nitrogen in solar-driven processes.”

An artificial leaf is therefore expected to be better than a natural one in terms of performance and adapting the produced compounds to the current needs of a given community at a given time.

Kargul said: “In order to meet Europe's energy needs with biofuels, we would have to cover 30% of our continent with energy crops', adding that the efficiency of converting solar energy into biomass is only 1%.

'Meanwhile, the efficiency of an artificial leaf device that we would be able to produce now for the production of hydrogen from water using solar energy is 19%. To meet the energy needs of all Europeans, we only need less than 3 percent of area. Our ambition is to achieve 30% efficiency of solar conversion, and then we would need only 66 sq m per inhabitant (1% of the area of Europe)', she said.

Ultimately, artificial photosynthesis installations are expected to be installed on roofs or in city suburbs. They will meet the residents' needs on an ongoing basis.

HOW WILL ARTIFICIAL PHOTOSYNTHESIS DEVICES WORK?

There are many possible artificial leaf configurations based on a variety of materials: from semiconductors and chemical catalysts to whole algae cells (called metabolic factories) immobilized on electrodes for the synthesis of desired products. Thousands of different chemical compounds are in demand and there are many ideas for producing them from renewable sources. It is not yet clear which of these solutions will go into large scale production.

When it comes to solar energy conversion, the most ready-to-use technology is the combination of photovoltaic systems with devices (called electrolysers) that convert energy into useful chemical compounds. For example, in the German Leuna Chemical Complex, energy from traditional solar panels is used for water electrolysis. This produces hydrogen, which is transported via pipelines and is used to produce chemical compounds, e.g. ammonia useful in the production of fertilizers.

But, says Dr.  Kargul, “this installation occupies a very large area and is centralized. We want artificial photosynthesis to give us the possibility of decentralising the production of fuels and fertilizers. And we want to produce them as needed.”

Dr. Kargul therefore conducts research into devices that will carry out two processes: they will produce hydrogen from water on their electrodes, and secondly they will use it to reduce carbon dioxide from the atmosphere. As a result, very simple carbon-based compounds are obtained, for example formate, a solid that can be transported over long distances and used as raw materials in the production of other chemical compounds.

In their research, scientists from the University of Warsaw improve dyes combined with biological solar energy conversion catalysts through interactions with silver nanoparticles, which allows them to catch sunlight more effectively, better than chlorophyll does that in plants.

Combining animate and inanimate systems is another idea for an artificial leaf. Fully synthetic devices are used to obtain energy from the Sun and hydrolyse water into hydrogen and oxygen. This hydrogen is then captured by bacteria and converted into useful compounds. This method allows for the production of fuels such as butanol and isopropanol.

Another trend is the use of photosynthetic organisms, for example genetically modified microalgae, to capture solar energy and convert it into chemicals. Genetic engineering enables it to change the metabolic pathways so that they use sunlight to produce not sugar but other compounds, such as ethanol or lactic acid. In this case, photosynthesis is genetically and metabolically adjusted to the demand for specific products.

NOT ONLY EUROPE COMPETES IN THE RACE

Artificial photosynthesis research is being carried out not only in Europe. The United States, South Korea, Japan and China also have large-scale programs.

Dr. Kargul said: “The largest solar installations in the world are in Saudi Arabia. Oil tycoons are already seeing how fast fossil fuels are depleting and know that their successors will be out of work at the end of the century. So they make huge investments in renewable energy and artificial photosynthesis technologies,” adding that  the European Union should not be left behind.