To Migrate or Not to Migrate, That Is the Question 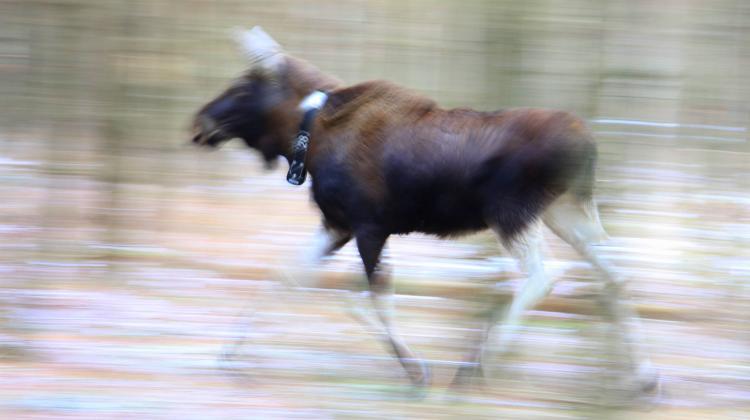 How do elks use the space on the southern edge of the species range? What causes some elks to migrate seasonally, while others are more settled? How far do elks migrate and how long does it take?

These are the questions a team of scientists have now answered after years of meticulous research.

Taking four years, the research carried out between 2012 and 2016 focused on studying information on the locations of 47 animals fitted with special GPS collars.

The devices tracked the locations of animals every hour and sent the data to researchers who were able to track the animals to 660,000 locations.

Dr. Tomasz Borowik from the Mammal Research Institute PAN said: “Elks in both areas presented diverse migration strategies throughout the year. Contrary to popular view that all elks migrate, it turned out that two-thirds of elks undertook seasonal migrations in the Biebrza Valley, while only some individuals migrated in Polesie (4% of the population).

“Spring and autumn migrations were associated with the movement of animals between patches of optimal for foraging environments: marshes in summer, forests, mainly pine, in winter. Elks migrated only when both these environments occurred in large, spatially clearly separated patches, like in the Biebrza Valley. In a situation where marshes and forests were a mosaic of smaller patches, like in Polesie, elks remained settled throughout the year, i.e. their winter and summer areas significantly overlapped. They did not undertake migration because they found environments that provided them with food in both summer and winter in a relatively small area.”

Unlike Scandinavian elk populations, which in the far north can seasonally migrate over distances exceeding 250 km, the elk migration distance in the Biebrza Valley varied from 3 to 20 km (9 km on average). The differences in the migration distance were most likely due to the fact that individuals that mostly spent the winter in the same forest complexes surrounding the valley, in spring would spread into further and closer parts of the marshes. Most showed a clear attachment to their winter and summer areas. Each year they migrated between the same parts of marshes and forests, over similar distances.

For such a large mammal as the elk, the migration distance was short: the animal could cover it in a maximum of one day. However, moving between seasonal areas usually took individual animals much more time, on average 16 days in spring and 38 days in autumn. Some animals took three months to move to the winter refuge in the autumn.

According to Dr. Borowik, this slow migration seems justified in a situation where the environment through which a given animal travels can offer the right amount of food to survive and prepare the body for winter. The faster movement of elk in the spring may have been due to the fact that after the winter 'fasting' they wanted to quickly reach an environment offering a much better food base, enabling improvement of physical condition, or, in the case of females, giving birth to young in a preferred environment.

Most of the elk started their spring migration in April, while returns usually took place in October. The start time of seasonal migrations still varied widely between individuals. Some elks would leave the winter area at the end of February, others in the beginning of June. It was similar in autumn: the earliest migrants started at the end of July, while the latest migrations began in early December. The lack of synchronization of the beginning of seasonal migration could have been caused by milder winters in recent years in eastern Poland.

Professor Mirosław Ratkiewicz from the University of Bialystok, who led the research in the Biebrza region, said: “During our research, severe winter occurred only once, in the 2012/2013 season, when negative temperatures and half-meter snow cover remained in the research area from the end of December to mid-April.

“During this period, we did not observe early spring elk migrations, all individuals remained in winter areas and set off to the marshes in late April.”

This is the first such research on elk in Central Europe. It shows that these large herbivores are individualists, and their strategies for the use of space depend mainly on the structure of the environment and established, inherited or learned behaviours.

Knowledge about migration is important for better species protection.

They presented their conclusions in the journal PLOS ONE.