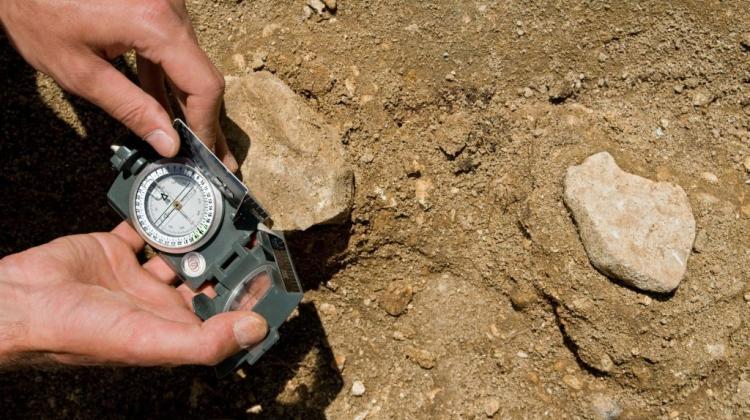 Archaeological Museum of the Middle Oder in Świdnica near Zielona Góra received yet another treasure - approx. 400 objects of bronze with a total weight of 14 kg, preliminarily dated to the end of the Bronze Age, the period of 900 - 700 BC.

Julia Orlicka-Jasnoch from the Archaeological Museum of the Middle Oder in Świdnica explained that treasure within the meaning of archaeology is not always a pot of coins. This time it is a deposit of bronze, dating from the times of the Lusatian culture.

The discovery was made in late November in the municipality of Babimost, near Nowe Kramsko. Bronze objects were probably ploughed up and rested on the surface together with vessel fragments. This area is known for numerous finds of this kind, and quite rich settlement.

"Given that the bronze objects were in a vessel, we are certainly dealing with deliberate action. This is yet another of the so-called metallurgist treasures. The inventory includes the entire equipment of bronze workshop: moulds, finished objects, as well as bronze scrap, production waste. The owner of the workshop mainly made axes and sickles, perhaps also tips of spears "- Orlicka-Jasnoch told PAP.

According to specialists, the most interesting objects in the set are two bronze moulds, one for making of axes, the other for making sickles. Moulds made of this alloy are very rare in our country. So far, only about 10 such objects are known in the whole Polish area, not counting those found recently. Three of them are in the museum\'s collection in Świdnica.

Currently, the discovery is at the preliminary stage of inventory and awaits the decision of the Lubuskie Regional Conservator on the property rights. In the event of a positive opinion of the Conservator, funds for conservation and specialized analyses will need to be acquired.

"Only then we will proceed with the study, which - hopefully - will add to our knowledge of ancient metallurgy and allowe to more precisely date the treasure from Nowe Kramsko" - added Orlicka-Jasnoch.

Upon completion of the research process, treasure from Nowe Kramsko will join the numerous exhibits presented in the Świdnica museum, showing the development and culture of the ancient inhabitants of these lands.

The Archaeological Museum of the Middle Oder in Świdnica is a cultural institution subordinate to the local government of Zielona Góra.