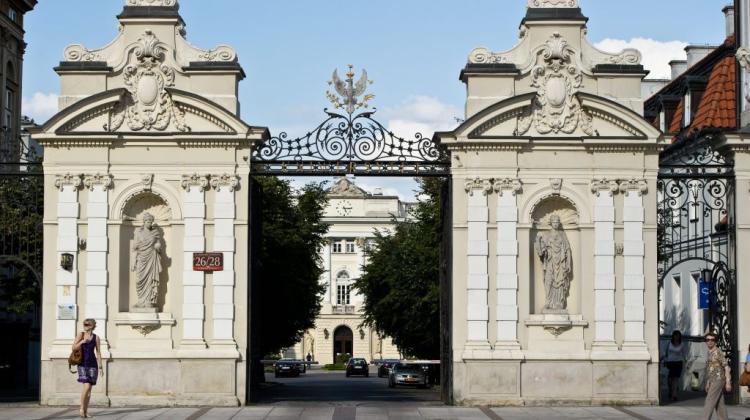 The University of Warsaw is in the top place in the 23rd University Ranking Perspektywy 2022. The Jagiellonian University is second, followed by the Warsaw University of Technology. The Kozminski University in Warsaw won among private universities.

Waldemar Siwiński, founder of the Perspektywy Foundation and the creator of Polish educational rankings, said: “The most important recipients of our ranking are, of course, high school graduates.

“It is no accident that we announce it two weeks before the presentation of high school exit exam certificates. We want to make it easier for young people to choose the field of study and university. But the University Ranking Perspektywy is also a kind of photography of Polish universities, taken at a non-accidental angle. It is a photography that helps us determine where we are, what we should improve, what to pay special attention to in the coming years.”

The Perspektywy Ranking is based on 29 indicators grouped into seven criteria: Prestige, Alumni on the labour market, Scientific potential, Scientific effectiveness, Teaching potential, Innovation and Internationalisation. The ranking included 96 public and private universities (art schools were not included).

The Kozminski University in Warsaw won again in the Ranking of Private Universities. This was followed by the SWPS University of Social Sciences and Humanities and the WSB University in Dąbrowa Górnicza. The ranking includes 43 private universities having the right to educate at least at the master's level.

The organizers said that in the rankings of private and vocational schools, more emphasis than in the ranking of academic universities is placed on the criteria related to the practical nature of studies at these universities, including alumni on the labour market and postgraduate studies.

The last of the rankings - the Ranking by Subject - covers 73 most popular study programmes and programme groups. Emergency medical services and gardening were included for the first time this year. Among the universities that offer the best studies in Poland, first place went to the University of Warsaw, which offers 20 such programmes, followed by the Warsaw University of Technology (16 programmes) and the Jagiellonian University (14 programmes).