‘Negatives of global warming higher than the benefits’, say researchers 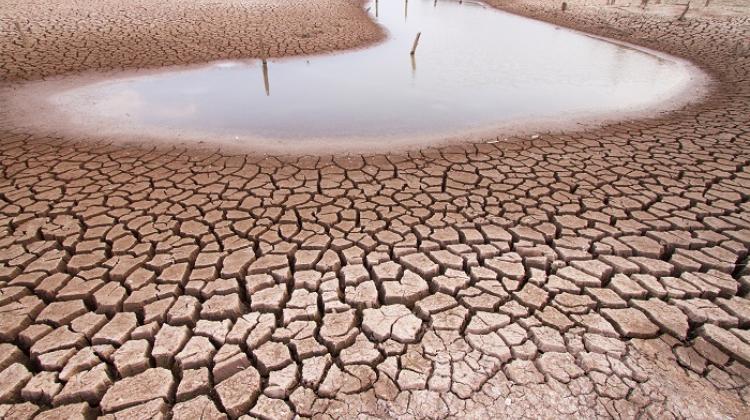 Over 30 Polish climate scientists from several science centres carried out comprehensive research on several issues: climate change in today's Polish territory over the last 1,000 years, climate changes since the regular measurements with instruments (from the end of the 18th century), and future climate change scenarios.

The researchers looked at changes in air temperature and atmospheric precipitation, as well as trends of other climate elements (such as insolation, wind, snow cover), circulation and, biometorological indicators, weather types and atmospheric phenomena.

Lead researcher Professor Małgorzata Falarz from the University of Silesia said: “Our capability to adapt to these climate changes will be extremely important.” She added that by preparing for the adverse effects it will be possible to prevent by using renewable energy sources and stopping clearcut logging.

Based on the tests of the width of tree rings and lake sediments, researchers confirmed that a period of warming occurred in the Middle Ages in the area of today's Poland, called the Medieval Warm Period. During that period, the temperature was comparable with today's conditions. The Little Ice Age that followed lasted until around 1850. The winter temperature during that period was about 2 degrees C lower than it is now.

Professor Falarz said: “From mid-20th century, and especially in the last three decades, climate change in Poland was extremely fast in relation to changes from previous periods. This rapid rate of change is caused by two factors: natural changes in the atmospheric circulation and solar radiation, as well as changes caused by human impact.”

Greenhouse gases released into the atmosphere have increased the greenhouse effect, and a small increase in the incidence of low pressure systems over Poland can explain the increased dynamics of weather conditions. Since the 1980s, Poland has also been observing a positive trend of solar radiation values.

Falarz added that climate change in Poland progresses at a more or less similar pace and in a similar direction as in other parts of Europe, with “no significant differences.”

The authors of the publication also analysed two scenarios of future climate change - in the period until 2050 and until 2100.

Falarz said: ”Although there are different scenarios of global changes that can give slightly divergent results, they consistently show an air temperature increase in Poland.”

Regarding changes registered in the last 70 years, they include a slightly more frequent advection of air from the western sector, especially in winter. At this time of the year, there are more often inflows of warm, more humid air from the Atlantic, which usually makes winters milder, with less snow.

The air temperature trend is positive in all seasons, with the largest increase in value in the spring period. The average annual air temperature change is approx. 0.2-0.3 degrees C per 10 years. There are also statistically significant positive trends in the maximum and minimum air temperatures, particularly visible in the last three decades.

Falarz continued: “Our research also confirms that in Poland there is a significant loss of the snow cover thickness and the time of its presence.”

Among the less obvious conclusions, the scientists noticed that in Poland - and in other European countries - insolation had increased since the 1980s, which means more sunny days and fewer cloudy ones, which they say “ is a significant trend, noticeable in all times of the year, the least in winter.”

They found that the number of factors affecting the human body in summer had increased as there are more days when it is too hot and humid which  translates into an increase in heat-related health incidents and deaths.

On the other hand, there are fewer deaths in autumn and winter as the temperatures are relatively higher than in the past.

MORE DROUGHTS AND STORMS? NOT NECESSARILY

When asked about whether we can expect more drought in Poland, and what the total precipitation will be, Professor Małgorzata Falarz says that it depends. When it comes to data from the last 70 years, in a very large simplification Poland can be divided into the southern part, where the precipitation trends are rather negative, and therefore the total precipitation decreases, and the northern part, where the trends are slightly positive (slightly more precipitation) or there are no significant changes. As for gradual steppe formation (in the context of drought), it particularly affects Wielkopolska.

The analysis of data from the last 70 years does not necessarily show that there are more extreme phenomena (storms, tornados, hail) in Poland. 'There is a slight increase in the incidence of storms in southeast Poland. The changes in the remaining part of the country are insignificant', she comments.

CLIMATE AND THE ECONOMY

According to Professor Falarz and her team, weather changes could affect the economy with possible changes in the consumption of electricity. Change scenarios indicate that less energy will be consumed in winter for heating buildings. At the same time, more energy will be needed in summer, for air conditioning.

Regarding agriculture, the period of plant vegetation will be 15-30 days longer according to the scenario assuming the global temperature increase by about 2 degrees C. Falarz said: “This may be associated with higher yields, the possibility of wider introduction of catch crops and the cultivation of new varieties of plants. This would give us some chances, but the matter is complicated because a lot depends on rainfall.”

The industry that can lose on climate change is the tourism industry, in which income depends on winter sports. Since there is less and less snow and frost in Poland and other European countries, we can expect by optimal conditions for skiing or snowboarding to occur less frequently. Falarz said: “And yet many people, especially in the mountains, depend on tourists going there for winter holidays. Artificial snow infrastructure for making, though more and more effective, may not always be enough; it is still limited by thermal conditions.”

She added: “We should expect the losses associated with global warming to be much higher than the benefits.”