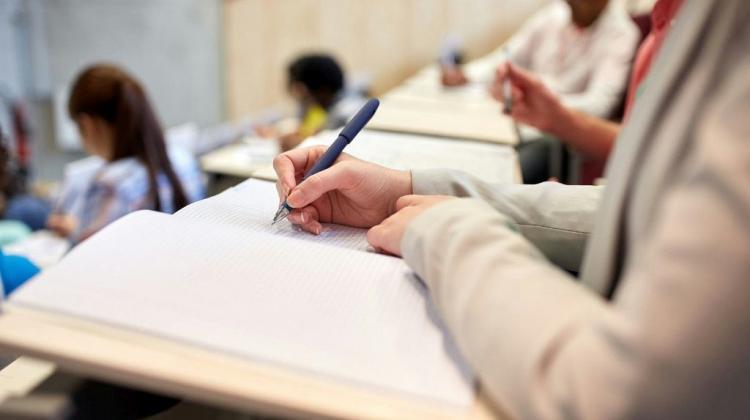 A special language and culture course for Belarusians in Warsaw to help them integrate into Polish society better is to be launched at the end of August.

The brainchild of the University of Warsaw's Department of Belarusian Studies in cooperation with the Belarusian Youth Hub Association, the course will include cultural science field activities, trips around Warsaw according to various thematic scenarios, for example Belarusian Warsaw (Belarusian traces in the Polish capital, graves of well-known Belarusian activists), and historical Warsaw (Old Town, Royal Baths Park, Warsaw Uprising Museum, Solidarity Monument, facts from the Polish-Belarusian history).

The course will also offer a view of the capital through the eyes of young people (places proposed by students).

According to the university’s website, “The course includes learning Polish from scratch, topics related to life realities, cultural differences, it contains elements of Polish history, literature, art, politics and sports.”

Starting on August 30, the course will initially be open to 51 people, either students of the University of Warsaw or other Belarusians living in the city.

Classes will take place until October three times a week, in the evening.

Dr. Radosław Kaleta from the Department of Belarusian Studies of the University of Warsaw said: “Knowledge passed on during the classes will be primarily practical. We want to give the participants of the course tools to make their first steps in Poland, so that they feel that they can function independently, go to a job interview or rent an apartment.”

He added: “We plan to involve Polish students - volunteers as co-authors of routes and guides, with whom Belarussians will be able to talk in Polish only. We also want to talk about Polish-Belarusian cultural relationships on the example of known figures, for example Ryszard Kapuściński, who was born in Pinsk or Jerzy Giedroyć, who was born in Minsk.”

According to the University of Warsaw,  534 people of Belarusian origin studied at the university in 2020. After people from Ukraine, Belarusians were the second largest group of long-term foreign students.

In June this year, the Polish Ombudsman emphasised the need for the organization of Polish language courses for migrants from Belarus. He stressed that “there is a huge demand for Polish language courses for migrants from various age groups, a demand non-governmental organizations are not able to meet due to a large number of Belarusians coming to Poland."

Course applications can be submitted until August 10 via an online form (https://docs.google.com/forms/d/e/1FAIpQLSfVo0GEnYA9nZUB8Ch_kzJR_BW3-ElaqS-LCkkt4kRbQfP74Q/viewform).