Tree frog cause birds to lose their clutches, according to new research 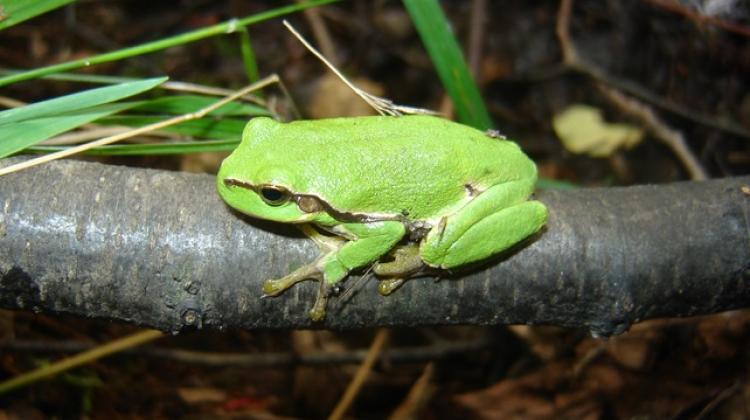 Tree frogs could be responsible for destroying bird eggs, say researchers from the University of Wrocław.

In a first-of-it’s-kind observation during an ecology and bird protection field exercise, Dr. Lucyna Hałupka and Aleksandra Czylok, a student of the university’s Faculty of Biological Sciences spotted a European tree frog in a reed warbler’s nest alongside three un-incubated eggs. 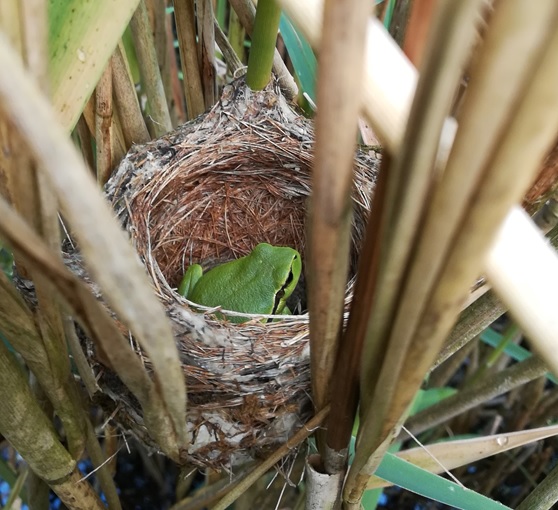 Inspecting the nest several times, they found that the innocent-looking, 5cm-long tree frog (Hyla arborea) spent almost the entire day in the nest.

Consequently, despite the bird incubating the eggs by sitting on them, no chicks were hatched and the nest itself was ultimately abandoned.

The eggs did not contain visible embryos, meaning they died at a very early stage of incubation.

Although theoretically they may have been unfertilised, the researchers decided the most likely cause of the loss was the tree frog, which prevented the parents from incubating the eggs for many hours.

Details of this observation have been described in the international ornithological journal Ornithological Science.