Long-forgotten parasite that can INFECT humans rediscovered in Białowieża 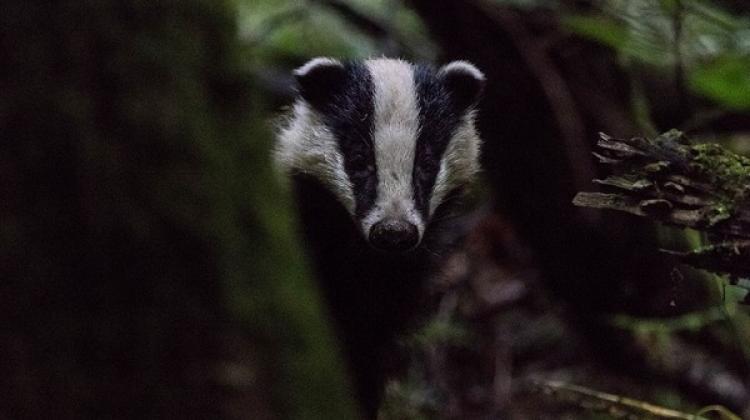 Sparganosis is a parasitic disease, about which little was known in Europe until recently. It turns out, however, that it affects many animal species, it can spread in the environment and pose a threat to humans, report scientists from the Mammal Research Institute PAS in Białowieża, who have been studying the disease for several years.

The first reports of sparganosis in mammals in Poland came in the 1950s and indicated the presence of a new species of tapeworm of the genus Spirometra, causing the disease. But then the discovery was forgotten for until Dr. Marta Kołodziej-Sobocińska, a professor at the Mammal Research Institute of the Polish Academy of Sciences in Białowieża, rediscovered it.

Performing an autopsy on a badger in 2013, she decided to look under the animal's skin, and found a very long encysted larvae, which, after searching the literature and genetic studies, turned out to be an intermediate developmental stage (called plerocercoids) of the tapeworm Spirometra erinaceieuropaei.

This discovery initiated a wider study by a team of parasitologists, ecologists and geneticists from the Mammal Research Institute PAS in Białowieża on the occurrence of sparganosis in populations of wild animals.

The results of the research revealed not only the diversity of hosts that can be infected with the tapeworm in north-eastern Poland, but also about the presence of the parasite in other European countries, where it had not been recorded before.

In an article published in the journal Parasites & Vectors, scientists showed that Spirometra erinaceieuropaei tapeworm infected many species of predatory mammals including badgers, raccoon dogs, foxes, polecats, martens, otters and American mink. It turned out that the frequency of the parasite occurrence varied within the forest complexes of north-eastern Poland.

According to Dr. Kołodziej-Sobocińska, the probability of this disease in wild animals and the level of infection was much higher in the Białowieża Primeval Forest compared to the Knyszyn and Augustów Primeval Forests. This is probably due to the wide variety of potential hosts of the parasite and the characteristics of the habitats conducive to the spread of sparganosis.

The Białowieża Primeval Forest, with its greatest biodiversity and a significant share of wet and marshy habitats, seems to be perfect for this parasite. A large number of species means a greater network of food connections and more possibilities for the spread of the parasite. Humid environments, on the other hand, are of great importance in the spread of sparganosis, because the tapeworm Spirometra has a rather complicated life cycle related to the aquatic environment, among other things. Tapeworm eggs come out with the faeces of predators including wolves and lynxes, which are the final hosts. If they end up in water, the first stage larvae hatch and infect the small crustaceans - copepods. Subsequent hosts: amphibians, reptiles, mammals, can become infected by drinking water and a second larval stage develops.

The larvae live under the animal's skin and may be eaten by another host, such as a fox or raccoon dog, which hunts or eats the carrion of an infected vertebrate. If it is a mammal from the canine or feline family, which are most commonly the final hosts, there is a chance that the adult form of the tapeworm will develop in the intestines, the eggs will return to the environment with the faeces and the cycle will close. If it is a badger or a wild boar, the so-called paratenic hosts, the cycle will not close; the larvae will inhabit the animal's tissues.

The parasite can therefore have many intermediate hosts before it finally reaches the final host. But the factors that may affect the level and frequency of infection include the diet (mainly the proportion of food that can be a source of parasite infestation, i.e. carrion, amphibians and reptiles), age and even sex of the hosts. These relationships are still in the research phase. 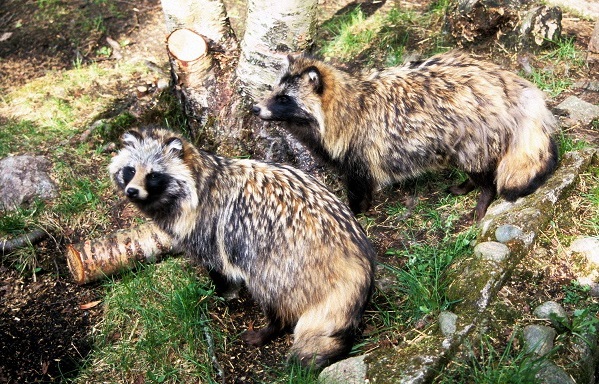 The research started in the Białowieża Forest has become more widespread and we now know more about this parasite not only in Poland, but also in Europe. One such example are the results of analyses recently published in the journal Parasitology Research, documenting the first discovery of S. erinaceieuropaei in wolves and lynxes in Latvia. The research was carried out in cooperation with the Mammal Research Institute PAS by an international (exclusively female) team of researchers from the Latvian Forest Research Institute in Riga and the Parasitology Institute of the Slovak Academy of Sciences in Košice. This opens the field for further research on sparganosis in the Baltic countries.

Dr. Kołodziej-Sobocińska estimates that an important stage in sparganosis research is a review of the occurrence of this disease in Europe not only in wild animals, but also in humans, carried out by an international team of specialists from the Institute of Parasitology of the Czech Academy of Sciences, the Medical University of Warsaw and the Institute of Mammal Research Institute PAS, the results of which were published in the article 'Sparganosis (Spirometra) in Europe in the molecular era', published in the prestigious medical journal Clinical Infectious Diseases.

This paper not only summarizes all available (even historical) data on the occurrence of this parasite in European amphibians, reptiles and mammals, as well as all described cases of human sparganosis, but also presents a new concept of the taxonomy of tapeworms belonging to the genus Spirometra, based on the results of molecular analyses that in recent years they have become an indispensable part of parasitological research.

Sparganosis is a zoonotic disease, and its first (and so far the only) documented human case in Poland comes from the outskirts of the Białowieża Forest. The likely source of the infection was the consumption of wild boar meat. The Mammal Research Institute PAS team confirmed the presence of sparganosis in wild boars in this area a few years ago. This species, whose meat is the most commonly consumed type of game, can therefore be an important reservoir of this disease in Europe, especially in the context of sparganosis transmission from animals to humans. In Asia, amphibians and reptiles eaten raw are such a reservoir. The presence of the parasite in grass snakes was confirmed two years ago also in the Białowieża Forest by scientists from the Mammal Research Institute PAS.

Research on sparganosis continues. Scientists from the Mammal Research Institute PAS and a growing group of researchers from Europe, inspired by Polish research, are interested not only in the host species - amphibians, reptiles and mammals, but also in the genetic variability of the parasite, the pathways of transmission of the disease in the environment and the factors shaping its occurrence on the European continent.