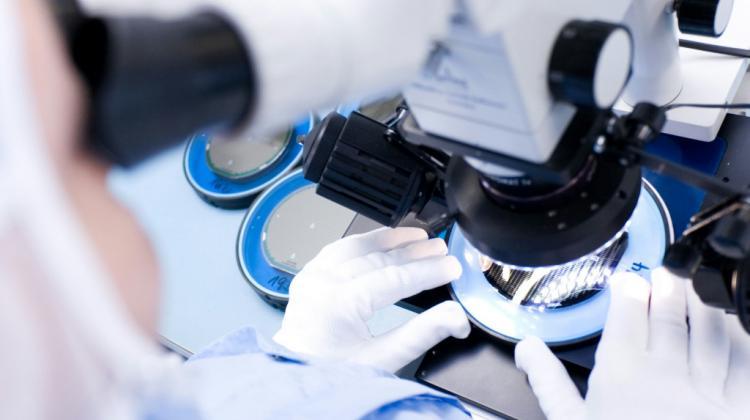 By analysing traces of microbes in patients' blood samples, doctors are able to tell if the patient has cancer and if so what type.

Researchers have found that it is possible to search not for tumour markers (proteins produced by the tumour) in the blood, but for the signal from the microorganisms that accompany the cancer.

This means that not only is there a chance of diagnosing cancer earlier but also of being able to choose a bespoke therapy.

Dr Tomasz Kościółek from the Małopolska Center of Biotechnology of the Jagiellonian University who was involved in the research said: “This great project was focused on the genomics of cancer. And we looked at whether the collected data were signals from bacteria, viruses or fungi. And, indeed, we show that the tumour microenvironment contains signatures specific for a given type of cancer, originating from microorganisms.”

The scientists analysed a huge collection of data from around the world, collected as part of The Cancer Genomic Atlas project. The databases included 18,000 samples and 33 cancers.

It has been known for several years that cancer can create an environment, in which specific microorganisms thrive. Until now, however, it was unclear whether information about this microbiome could be found in patients' blood samples. The research published in Nature confirms that it can.

Dr Kościółek said: “In blood samples we can find nucleic acids from microorganisms. They are specific to the type of cancer the patient suffers from. Therefore, by analysing the samples, we should be able to distinguish between people with and without cancer and determine the probable type of cancer.”

And this is only the initial stage of scientific research. The technology for recognizing blood samples by microbiome is just beginning to be developed.

Dr. Kościółek said: “We need research on how to make tests more accurate. And how to enable performing these tests in many patients in clinical tests. The creation of a database on this subject will also be a major challenge.

"For now, the problem with fighting cancer is that it is often detected at a late stage. Our dream is that cancer diagnostics can be based on blood samples alone. It would be extremely useful when it comes to cancer detection. Such tests could be fast, efficient, used for screening. And thanks to blood tests, it could be possible to start treatment at an early stage, and thus increase the chances of curing the patient.”

In addition to Dr Kościółek who was involved as part of a post-doctoral fellowship, the work was conducted by Dr. Rob Knight, Gregory Poore and Evguenia Kopylova at the University of California in San Diego.