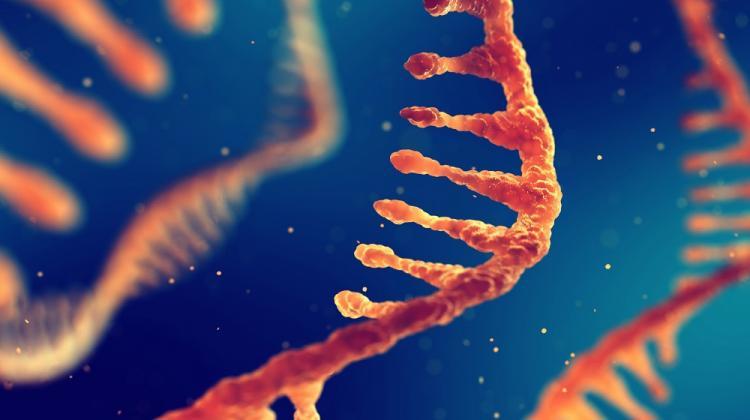 Scientists from the University of Warsaw under the supervision of Professor Jacek Jemielity, Dr. Joanna Kowalska and Dr. Paweł Sikorski described a new method for efficiently producing information RNA (mRNA) that differ in the type of first transcribed nucleotide.

In mRNA obtained with the most common currently used method, the first transcribed nucleotide is guanosine. Replacing guanosine with another nucleotide increases the level of protein biosynthesis in dendritic cells (crucial for cancer vaccines) up to 60-fold.

`Therapeutic mRNA is one of the most intensively developing research areas in the field of combating cancer, viral and rare genetic diseases`, emphasises Professor Jacek Jemielity from the Centre of New Technologies of the University of Warsaw, commenting on the new findings.

"One of the main challenges in this field is to minimize the amount of mRNA, while obtaining a satisfactory therapeutic effect. Our research shows a new direction in the design of therapeutic mRNA. Further technologies improving the properties of mRNA, based on published results are already being developed in our Bioorganic Chemistry Laboratory in the Centre of New Technologies and the Faculty of Physics, and through the university spin-off company ExploRNA Therapeutics, created together with researchers from the Medical University of Warsaw`, he explains.

The text of the publication of scientists from the University of Warsaw is available on the Nucleic Acids Research website.

Professor Jacek Jemielity`s team has been working on mRNA for years. For their achievements, Warsaw scientists were nominated for the finals of the European Inventors Award 2018 in the `Research` category.