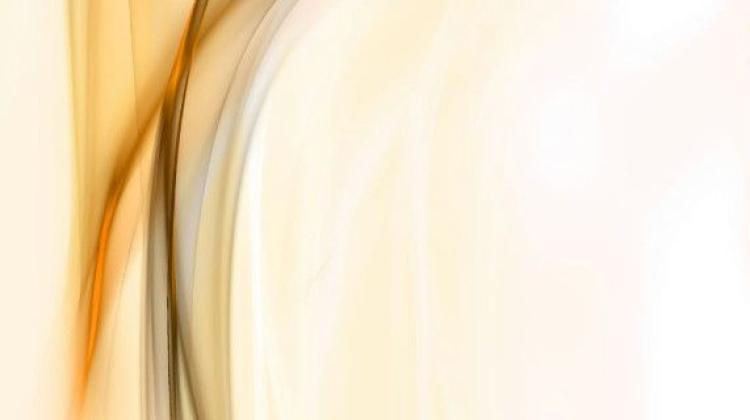 Scientists of the Institute of Applied Radiation Chemistry (Międzyresortowy Instytut Techniki Radiacyjnej, MITR), Lodz University of Technology are working on obtaining gold nanoparticles, which in the future will be used in the diagnosis and treatment of cancer, for example as drug carriers.

Scientists are hoping that in several months they will complete work on the method of production of gold nanoparticles that can be used as carriers for the controlled delivery of drugs and carriers of radioactive isotopes in radiation therapy.

Sonochemistry is a relatively new branch of chemistry dealing with the use of high frequency sound, or ultrasound, as a source of energy to cause chemical reactions. Sonochemical reactions may be used for the treatment of drinking water, to decompose harmful substances in waste water, and in medicine, for example in cancer treatment and diagnosis.

Deputy director for research at MITR Dr. Piotr Ulański told PAP that ultrasound can initiate chemical reactions due to cavitation. Under the influence of high power ultrasound in a liquid, e.g. water, form numerous, very small gas bubbles which oscillate with ultrasonic wave, that is, contract and expand dozens or even hundreds of thousands of times per second.

During the bubble compression, for a very short time of the order of a millionth of a second, the interior becomes hot reaching a temperature up to several thousand degrees, although the surrounding liquid is at ambient temperature.

"As in the gas inside the bubble heats up to several thousand degrees, the molecules are broken down into free radicals that are highly reactive. Radicals escape from cavitation bubbles and can initiate various chemical reactions" - explained Dr. Ulański.

Sonochemical reactions may be used, for example, for the treatment of drinking water, since the ultrasound effectively destroys bacteria, and also decomposes contaminants in the water. "You can forget chlorine, ozone, and use ultrasound instead. Pilot water purification installations on the scale of a small town are already operating, for example, in Germany" - the scientist added.

Sonochemical reactions can also be used to decompose harmful substances in the waste water. Ultrasound effectively removes even those substances which are difficult to dispose of using other methods, for example dyes, pesticides, halogenated aromatic hydrocarbons.

Sonochemistry may also be used to produce interesting products with various properties and uses. An example would be metal nanoparticles, especially gold and silver. Silver nanoparticles are already used in many technical fields, for example as a bactericide or component of conductive inks for printing miniature components for electronics.

According to Dr. Ulański, gold nanoparticles may have even greater career prospects, because attempts are made to use them in medicine, both as carriers for controlled drug delivery as well as carriers of radioactive isotopes in radiation therapy.

"These gold nanoparticles can be excellent carriers of drugs, they can deliver drugs to a specific location in the body. They can also be used in radiotherapy, which means that we can equip such gold nanoparticle with radioactive isotopes and with such properties that will ensure that it enters the tumour tissue" - he explained.

Scientists from MITR in Łódź are working on such nanoparticles in the framework of the international program headed by the International Atomic Energy Agency (IAEA) in Vienna, which is a UN agency. It involves 15 laboratories in 12 countries. "We can already sonochemically produce gold nanoparticles in a reproducible manner. These nanoparticles should be modified so that they are long-term stable in a solution, which means we +decorate+ them with polymers. We have mastered that process" - he said.

He added that scientists in Łódź are currently at the stage of bonding gold nanoparticles with molecules of oligopeptides, short protein fragments which specifically bind to cancer cells. "Thus, the gold nanoparticles will be somewhat anchored in the tumour tissue. We still have to attach chemical groups capable of binding ions of radioactive isotopes. We think that it will take approx. 1.5 years to produce the final product" - he announced.

Until recently, sonochemists had problems with using ultrasound to form polymeric materials by combining (crosslinking) polymer chains. Researchers at Lodz University of Technology solved this problem and - as the first in the world - developed a method for sonochemical binding of hydrophilic polymer molecules and producing hydrogels, which are used, among others, as dressings for burn wounds, or soft contact lenses.

Several years ago our publication on this topic in the prestigious journal "Macromolecules" was 10 days ahead of the publication of a competitive team from Australia - emphasised Dr. Ulański.

Lodz specialists are also involved in research that will lead to the understanding of the so-called sonodynamic effect, which is the basis of the new postulated cancer therapy - sonodynamic therapy.

The idea of this therapy is similar to photodynamic therapy, already used in clinics. If a suitable dye (photosensitizer) that accumulates selectively in the tumour tissue is introduced into the patient\'s body and then the dye molecules are excited with light of a particular wavelength, the dye molecules giving off energy produce singlet oxygen - highly reactive form of oxygen that destroys cancer cells. Researchers at MITR have contributed to the development of better dyes for such therapy.

Photodynamic therapy is effective, but it also has a serious limitation - light penetrates tissue only to the depth of a few millimetres, therefore, not every location can be reached. Meanwhile, ultrasounds penetrate tissue to a much greater depth.

"If we could develop a therapy in which molecules could be activated by ultrasound, and when activated destroy the cancerous tissue, it would be an important progress" - said Dr. Ulański. For now, it has been shown that such effects can be achieved in vitro and in animal studies. Further progress depends largely on a thorough understanding of the mechanism of these phenomena and that is what the Łódź sonochemists are currently working on.

"We primarily work on understanding the basics of this technique, the mechanism that allows certain molecules to destroy cancerous tissue after delivery of energy in the form of acoustic waves" - said Dr. Ulański. In his opinion, there is still a long way to go before sonodynamic cancer therapy is used in clinics, but work on this is necessary. "I am convinced that in a few or a dozen years we can advance this technique to such a level that it can be tested on patients" - said the scientist.