Scientists defy physicists with charged gold nanoparticle transistors that are resistant to water, bending and sparks 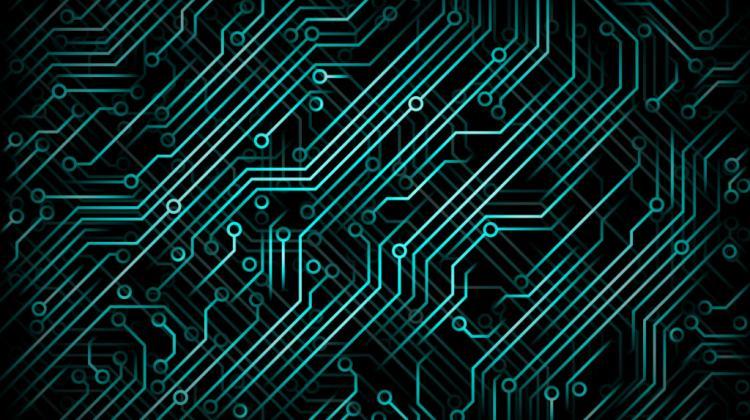 A Polish-Chinese team have defied physicists by creating a transistor made of metal nanoparticles, which are resistant to bending, water and sparks, and applied like a paint, rather than traditional semiconductor materials.

Until now, the construction of transistors, commonly used in everyday use devices, required semiconductor materials like germanium, silicon, gallium nitride, silicon carbide. Semiconductors have so-called band structure - they have conduction bands, thanks to which the current does not flow through them as obviously as, for example, through metals. And the current flow can be modulated.

Professor Grzybowski said: “We show that it is possible to make a transistor and an integrated circuit not with a traditional semiconductor, but with a metal. And this has not been obvious for physicists. Although the material is a metal, the ions moving around it can create local electric fields and cause effects similar to those in semiconductors."

He added that metals can behave like semiconductors as long as it happens at the nanoscale, and not with the help of so-called Coulomb blockade, but thanks to the achievements in chemoelectronics, a relatively new area of knowledge.

It is now hoped that the new solution may open up new possibilities for transistor applications. Transistors made of traditional semiconductors were not resistant to bending, moisture or electrical discharges, they had to be applied to the surface in a vacuum, and the semiconductors themselves crystallized at high temperatures (for example in the Czochralski process).

Grzybowski said: “Our transistor can be bent and nothing will happen to it. You can immerse it in a humid atmosphere or subject it to strong electric discharges and it will continue to work, because moisture is favourable to it and sparks do not damage it. It is really difficult to break.

“Applying layers is simple: it consists of taking a mixture with nanoparticles and pouring it onto the surface. The solvent evaporates and a thin layer of nanoparticles adheres to the surface. Building the transistor looks a bit like applying paint. No vacuum or high temperatures are needed.”

Although the new solution is unlikely to replace traditional semiconductor processors in computers, in some applications it could be an interesting alternative to ordinary electronics. The new transistors could be used, for example, in applications under water or in a corrosive environment. In addition, the scientist says, perhaps these systems could be used as sensors for certain chemicals.

Grzybowski said: “We show how to turn gold nanoparticles that we have been working on for years into electronics based not on semiconductors, but on metals, and how to make electronics resistant to various hostile stimuli.”