Polish scientists have discovered one of the mechanisms that protect cells 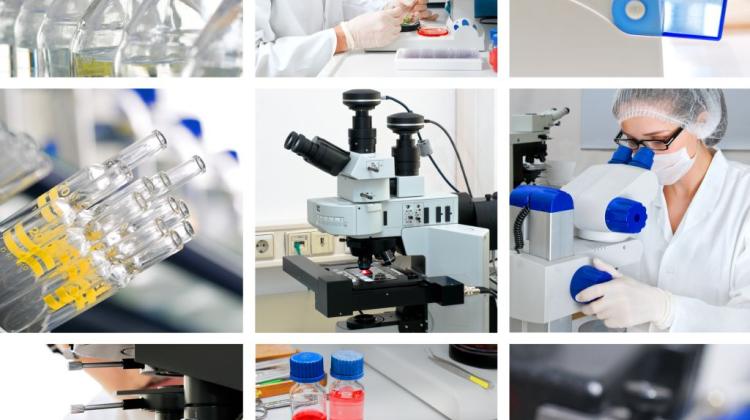 To produce energy for the cell, mitochondria need more than a thousand proteins. It sometimes happens that the transport of proteins is disrupted. Polish scientists have discovered how cells defend themselves against the consequences of such irregularities. The results of their study will help to understand the mechanisms underlying Alzheimer\'s or Parkinson\'s disease.

The study allows to understand how the cell defends itself against the effects of errors in the transport of proteins into mitochondria. The disruptions of equilibrium of proteins in the cell and mitochondrial dysfunction are characteristic of human pathologies associated with aging, and neurodegenerative diseases. "We hope that this discovery will contribute to a better understanding of the molecular basis of neurodegenerative processes that occur commonly in aging societies (eg. Parkinson\'s disease or Alzheimer\'s disease), and to developing of new strategies to counteract these pathologies" - reads the release of the International Institute of Molecular and Cell Biology.

Mitochondria are intracellular structures, whose main task is to produce energy for cells and whole organisms. To meet this challenge, mitochondria need more than a thousand different proteins. Most mitochondrial proteins are produced in the part of the cytoplasm called cytosol and transported from there to mitochondria. Disruption of this process disrupts the operation of these organelles, as well as the accumulation of cytosol of proteins that are not efficiently transported into the mitochondria.

The mechanism the cells use to defend themselves against the consequences of accumulation of mitochondrial proteins in the cytosol, is not known. The answer has now been found by Polish and German scientists.

"The researchers found that in response to mitochondrial dysfunction cells slow down protein synthesis and activate the system destroying proteins by the molecular machinery called the proteasome. The researchers showed that this mechanism, called UPRam (Unfolded Protein Response activated by mistargeted proteins), protects cells against incorrectly localized toxic proteins and increases the cell’s resistance to stress" - reads the release of the International Institute of Molecular and Cell Biology.

The study published in "Nature" was carried out using a simple single-celled organism: yeast Saccharomyces cerevisiae. For decades, it has been providing wealth of knowledge about the basic processes of life at the molecular and cell level, including the knowledge necessary for the understanding of human diseases.

Leading in this study had doctoral student Lidia Wróbel and Dr. Ulrike Topf from the team of Prof. Agnieszka Chacińska. Crucial for the development of the project was the collaboration with a group of scientists from the University of Freiburg led by Prof. Bettina Warscheid. To identify changes, which cellular proteins undergo a result of mitochondrial dysfunction, researchers used a mass spectrometric technique.

Funds for Prof. Chacińska group’s research came from Welcome programme of the Foundation for Polish Science, funded by the European Regional Development Fund, and from the National Science Centre grants.