The study of mitochondria - a step toward therapy 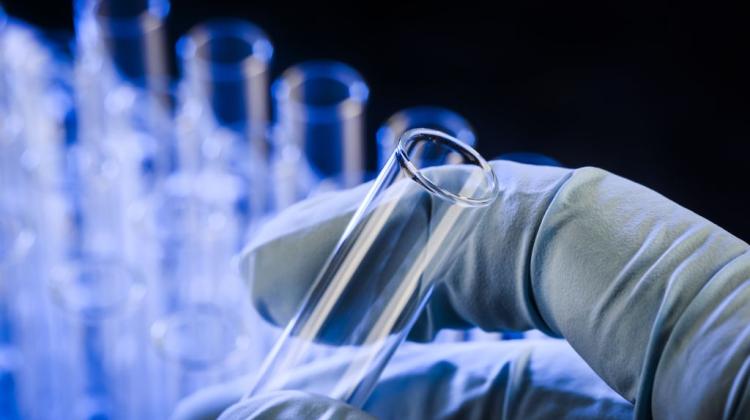 Without fully understanding the processes in the cells and organisms, the possibility of effective treatment of so far incurable diseases is significantly reduced - claims Prof. Agnieszka Chacińska of the International Institute of Molecular and Cell Biology in Warsaw.

The goal of her research is understanding the structure of the mitochondria, parts of our body called cellular power plants.

"Mitochondria provide energy to organisms. They act like power plants. Without a power plant, city would quickly cease to exist. Failing power plants hinder the development of countries. The same thing happens in the body, when defects in mitochondria lead to very serious consequences associated with shortages of energy and their secondary effects. Mitochondrial diseases affect the tissues that are most dependent on energy production. These include our muscles, heart and brain"- explained Prof. Chacińska.

Because we do not fully understand the processes responsible for the proper functioning of the mitochondria, there still are no treatment options for these diseases - she noted. Therefore, scientists are still interested in the structure and principles of functioning of mitochondria and their role in pathologies at the level of cells and whole organisms.

Prof. Agnieszka Chacińska\'s team researches the biogenesis and function of mitochondria. Scientists are working on individual human cells and single-cell organisms such as yeast. In their research they also use a fish - zebrafish, and short-living nematode Caenorhabditis elegans.

Studies on fish allow to understand the early stages of the pathology and associated processes (which are caused by defective mitochondria) or late neurodegenerative pathologies (such as Alzheimer\'s, Parkinson\'s or senile dementia), emerging in advanced age. It is already known that mitochondrial dysfunction is associated with, and probably worsens, almost all neurodegenerative diseases.

The expert noted that the mitochondria are very necessary as power plants of cells. It is a part of the cell separated with membranes and made up of many proteins. Proteins are responsible for the biochemical processes in the cell. Mitochondrial DNA codes for only 13 proteins, whereas human mitochondria are composed of more than one thousand. This means that only 1 percent of the so-called proteome (the entire set of proteins) in mitochondria comes from within the mitochondria. The rest is encoded in the nuclear genome and synthesized outside the mitochondria. It must therefore be properly supplied to the mitochondria.

"For a long time I have been analysing the biogenesis of mitochondrial proteins, protein transport from the moment of synthesis until the moment when they are mature and ready to perform their functions inside the mitochondria. We also know that the process is prone to error, like many other processes in the cell. Therefore, there are quality control systems for the process, allowing to detect proteins that are not properly transported. We investigate how these proteins are removed" - explained Prof. Chacińska.

Scientists understand how mitochondria obtain what they need from the outside. Recently they were also able to see how they get rid of unwanted proteins. Their work can help to answer the question of why we age. Prof. Agnieszka Chacińska\'s team paper on the subject was published in June 2015 in the American scientific journal "PNAS".

The basic model, which contributed to describing new phenomena in prestigious journals, including "Nature", was yeast. This simple system allows to study cellular processes that are the common denominator for all eukaryotes, and therefore also human. The researcher explains the success of this model with genetic manipulation - easy to carry out, allowing to ask questions and providing precise answers.