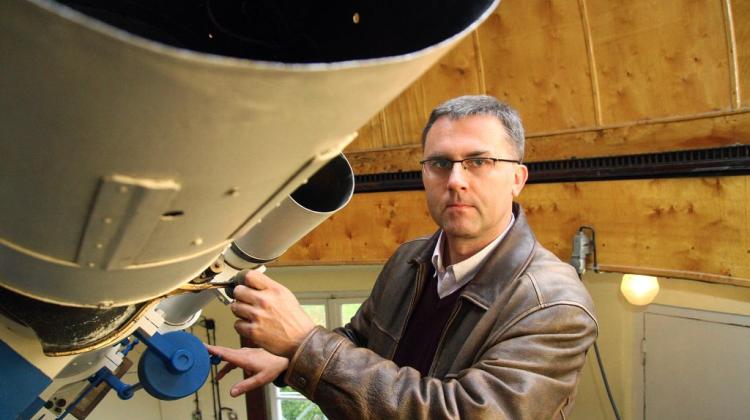 A team of scientists led by Prof. Andrzej Niedzielski of Nicolaus Copernicus University in Toruń and Prof. Aleksander Wolszczan of Pennsylvania State University (USA) have found another three extrasolar planetary systems. In total, the group has already discovered 20 planets.

Observations have been carried out within the framework of the Pennsylvania-Toruń extrasolar planet search project (PSTN). In their search, researchers use the Hobby-Eberly Telescope (HET) in Texas with a diameter of 9.2 meters. The project has been running for 10 years and discovered 17 planetary systems with a total of 20 planets. The project are also spawned four doctoral dissertations and several master\'s and undergraduate theses.

All three newly discovered planets are close to aging stars - red giants. In this case they have a size from 8 to 20 times greater than the radius of the Sun, and the masses within the range of 1,2 to 1,5 solar masses.

Discovered planet accompany the stars designated BD+49 828, HD 216536 and HD 95127. In the first case we are dealing with a planet with a mass of at least 1.6 greater than the mass of Jupiter (spectroscopic technique used allows to determine the lower limit of the mass of the planet; this value depends on the angle of inclination of the planet orbit, which is unknown, so the actual mass may be slightly higher). The orbit of the planet passes within 4.2 astronomical units from its star, 4.2 times further than the Earth-Sun distance.

The discoverers draw attention to the system BD+49 828, in which the planet is very similar to Jupiter - only a bit more massive, and its orbit is only slightly narrower. The object belongs to the extrasolar planets that are most distant from their stars and will survive the successive stages of stellar evolution. "You could say that the planet BD+49 828 b will outlive its star" - say the discoverers.

The planet HD 216536 b also has a mass similar to Jupiter, but has a more narrow orbit, comparable to the orbit of Mars in our solar system. Note, however, that it is the orbit around a red giant, which has a much larger radius than the sun, and will it further increase its size, which will likely result in the absorption of the planet.

The publication describing the discovery was published in "The Astrophysical Journal".