Poland's largest supercomputer will help in the CERN experiments 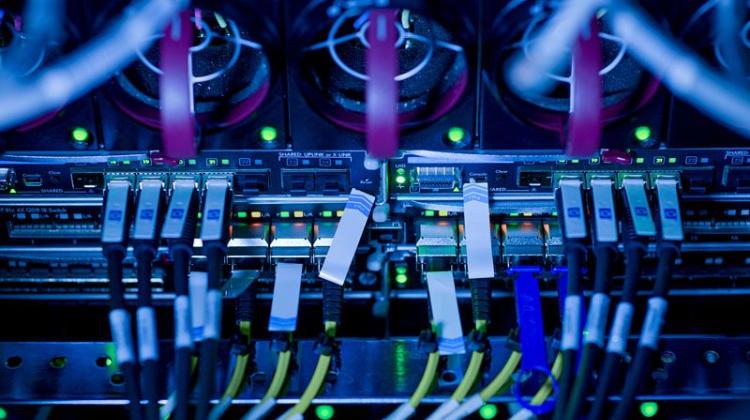 Resources of the largest Polish supercomputer, created by the project Świerk Computer Centre, will soon help process data from experiments conducted at the Large Hadron Collider (LHC) at CERN near Geneva.

For now, the most powerful supercomputer in Poland is "Zeus" from the Academic Computer Center CYFRONET AGH (in November it was ranked 145th position in the prestigious TOP 500).

"For the purposes of the European Organization for Nuclear Research CERN experiment +Large Hadron Collider beauty+ we will provide 300 terabytes (TB) of disk space, a computing cluster and specialized software" - announced the National Centre for Nuclear Research in a release sent to PAP.

The project "Large Hadron Collider beauty" (LHCb) currently involves more than 600 scientists from 63 research groups from laboratories around the world, including the National Centre for Nuclear Research in Świerk.

"The LHCb experiment is one of the most important research projects of our time and should significantly contribute to explaining the problem of asymmetry in the amounts of matter and antimatter in the Universe" - explained head of the Świerk Computer Centre (Centrum Informatyczne Świerk, CIŚ) project, Prof. Wojciech Wiślicki. "Without this asymmetry matter and antimatter would annihilate at an early stage of development of the universe and there would be no stars, no planets, and, of course, not human race" - he added.

The experiment is carried out in the Large Hadron Collider at CERN near Geneva, whese Higgs particle was discovered. "The aim of the research is the search for physical phenomena beyond the Standard Model interactions and understanding combined CP (charge parity) symmetry breaking. In everyday language, it means clarifying whether the physical processes occur the same way after their properties are mirrored. According to the present theory of interaction, matter and antimatter are understood as their mirror images" - explained prof. Wojciech Wiślicki .

Resources and services provided by the Świerk Computer Centre have been used to create a new distributed processing center, connected to the grid (system integrating resources from different domains, connected by a computer network - PAP) "Worldwide LHC Computing Grid". Teams of scientists working on the "LHCb" experiment can use it since December 20, 2013. The current disk space volume incorporated into the grid is 100 TB, the 300 TB target will be reached in the next six months.

In addition to disk space, the Świerk Computer Centre provided specialized scientific software and appropriate network infrastructure: two independent fiber optic connections with bandwidth of 1Gbit/s each, and 320 cores for processing the collected data, with the total of around 1000 cores planned in the future.