Researcher: Warsaw in the 1990s - one of the most chaotic cities in Europe 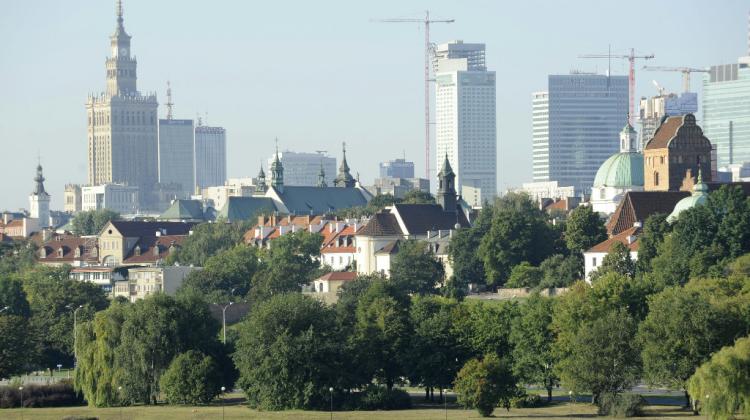 In the first decade after the transition in 1989, Warsaw became one of the most chaotic cities in Europe. Order that has emerged from this chaos is not always best for the people, believes doctoral student in urban studies at the University of Warsaw.

Joanna Kusiak, doctoral student at the Institute of Sociology of the University of Warsaw specialises in urban studies. "I want to answer the question: what happened to Warsaw after 1989. I attempt to decipher what really lies behind the ambiguous term + chaos +, so often spontaneously used to describe the situation of Warsaw" - she said in an interview with PAP. Foundation for Polish Science awarded START scholarship to the doctoral student.

According to the UW researcher, in the first years after the transition, the pace of change in the capital was enormous. "When everything is in motion, it is difficult to describe what is going on with the city, because before we find the right language, the city is already different. Therefore, key word that is often referenced to Warsaw after the transition is + chaos + - something what we can not comprehend, we can not understand how it works" - says Kusiak.

"In the last 20 years, especially in the 1990s, Warsaw was a very chaotic city on Europe, if not the world scale" - says the doctoral student. She admits that chaotic element is present in every city. "But the socialist system and the idea of socialist city were based on a much stronger regulations than after the transition. The city had been much more restrained" - says the researcher, and points out that before the transition, for example, permits had to be obtained for moving to Warsaw.

Chaos in Warsaw after 1989 can be seen today, for example, in the patchwork urban tissue. "In Warsaw, wherever you are, you see several, sometimes even nine, ten different types of architecture. This is not typical" - says the Foundation for Polish Science scholarship winner.

Another example of the chaos in the city was the way of operation of offices, or the exercise of urban policy. "Often, the network of informal solutions was applied" - says the researcher, adding that this is how people coped with the transition. She recalls other informal activities, such as grassroots organisation of city bazaars by the people of Warsaw, or illegal renting of apartments. "From the outside, these phenomena are perceived as chaos, because each time the rules are developed for an already existing situation" - sums up the researcher from the University of Warsaw. In her view, the leading example of "chaos" is the ownership situation in the city. "In this case, chaos has an almost moral dimension, as claims profiteering lead to the suffering of many residents" - she believes.

The doctoral student notes that order emerges from chaos after the transition, however, this order is not always optimal for the city residents. Kusiak gives an example of the neo-liberal order, in which investors dominate.

"The period of investors’ domination over urban planning continues in Warsaw until today. This is a very strong order, which results in the visual chaos: we look at Warsaw, and it seems that the way in which buildings are arranged does not make sense. But this is very strong order behind this, based on the idea of profit. Order created by people who are not interested whether the city is friendly to people, only how much money they make on a plot. This is an example of order that should be brought down for the sake of the community" - believes the researcher.

"In the early 1990s, many politicians believed that if you take off the socialist framework, after a while Polish cities would resemble western cities. Now we know that this is absolutely not true. We cannot move to a finished model. Therefore, our task, as people specialising in the theory and practice of the cities, is to develop our own model of urbanity, urbanization and urban transformation. The idea is not to blindly imitate western cities. We known that Warsaw will not become one, due to different social, economic, geographical and cultural situation" - adds Joanna Kusiak.

"The city is not a theoretical problem. It is the place where we all live. There is a simple political agenda behind my research work: I want my city, Warsaw, to become a better place to live. This agenda is feasible, but needs a lot of patience and cooperation of many groups: scientists, urban activists, residents and politicians" - concludes Joanna Kusiak.