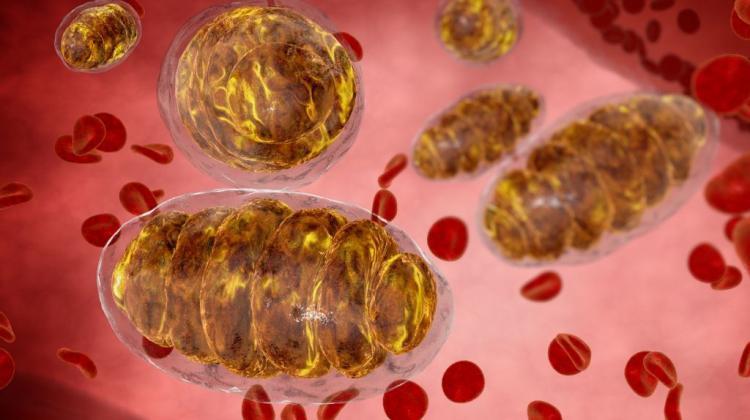 Researchers from the Centre of New Technologies of the University of Warsaw discovered a new formation mechanism of mitochondrial diseases - genetic diseases manifested by nervous system or muscular system disorders.

Dr. Karthik Mohanraj and Dr. Michał Wasilewski from the Laboratory of Mitochondrial Biogenesis at the Centre of New Technologies of the University of Warsaw are members of the research team that discovered a previously unknown formation mechanism of mitochondrial diseases, which allows to apply new treatment strategies. The results of their research have been published in the journal EMBO Molecular Medicine "EMBO Molecular Medicine" (DOI 10.15252/emmm.201809561).

The Press Office of the University of Warsaw informed PAP about the publication.

The university representatives explain that mitochondrial diseases are usually manifested as nervous system or muscular system disorders. They are caused by genetic changes within cells - specifically in mitochondria, which are the parts of the cell responsible for energy production. The genes of nuclear DNA encode the majority of proteins necessary for the proper construction and functioning of the mitochondria. These proteins are formed outside the mitochondria and imported into the interior of these organelles via specialized transport mechanisms.

Dr. Mohanraj and Dr. Wasilewski looked at the import of mutant forms of COA7 protein identified in patients. COA7 has an important role in the formation of energy producing protein machinery called respiratory chain complexes. The research was conducted in cooperation with scientists from the Institute of Biochemistry and Biophysics of the Polish Academy of Sciences and universities in Cambridge and Göttingen.

"Our observations show that the import of mutant COA7 protein is slower than that of healthy proteins. As a result of slower import, the protein it is exposed for a longer time to the proteasome - a system that destroys damaged or improperly located proteins. This leads to an almost complete lack of mutated proteins in patients` cells" - explains Dr. Wasilewski.

Researchers have found that this process can be inhibited by specific proteasome inhibitors, substances that slow down chemical reactions. This not only prevents the degradation of the mutated COA7 protein, but also leads to a partial restoration of mitochondrial function.

Proteasome inhibitors such as bortezomib are currently used to treat certain forms of cancer. Researchers say that many mitochondrial diseases that are associated with a significant loss of mutant proteins in patients` cells may be caused by their improper location and premature degradation outside the mitochondria. The discovery of scientists from the Laboratory of Mitochondrial Biogenesis UW provides the basis for expanding the use of anti-cancer drugs, such as bortezomib, to the treatment of mitochondrial diseases.

International patent procedure for the discovery has already been initiated.