Slag is not just waste 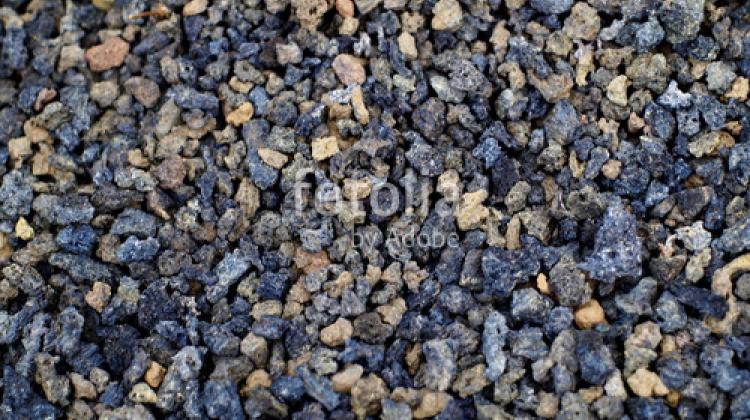 Why do researchers study slag, especially toxic one? Is it safe for scientists? What does it have to do with historical findings? Metallurgical waste called slag can be used commercially, for example in the production of fertilizers and in the construction industry. But before that happens, scientists must determine the temperature of its crystallization.

Slag is a waste product of metallurgical processes. Molten material contains ore impurities, deoxidizers, metal oxides or carbonaceous residues. It is a mass of glassy ash.

Depending on how the slag is formed, it has different uses and properties. Slag formed as a result of smelting steel in hearth furnaces is used as a substitute for iron and manganese ore. Slag created in the so-called Thomas\'s converters (used to produce steel - PAP) is a phosphoric fertilizer, so called Thomas slag. Blast furnace slag, which is formed when iron ore is smelted in a blast furnace, is used as a calcium fertilizer. On the other hand, the foamed slag, obtained by cooling molten blast furnace slag with water, can be used for thermal insulation and as an additive for lightweight concrete.

"Slag does not appear to be an easy research object due to the small size of the crystals that build slag. But they can contain extremely rare mineralization due to their unique chemical composition. Before visiting a landfill, it is necessary to verify who owns it and whether it is being operated! "- Rafał Warchulski, PhD student at the University of Silesia in Katowice said about his work.

Slag is a permanent element of the Upper Silesian landscape as a result of the occurrence of zinc ore in the Silesian-Kraków area. Most of these dumps are historical sites, formed over centuries of mining of these ores. Research aims to reconstruct the metallurgical processes in historical locations. Slag is often the only remnant of such locations.

Does research work with such material pose any threat? Warchulski admitted that it might. Zinc slag may contain toxic elements. However, with basic precautions it can be studied safely. The PhD student attempted to determine the crystallization temperature of historical slag after zinc processing, based on their compatibility with the slag obtained in the laboratory furnace.

"Without determining the temperature of the alloy, it is not possible to fully describe the reactions that take place in it (...). Also, the reconstruction of the historical metallurgical process without defining this factor may be devoid of substantive grounds" - the researcher said. He emphasised that currently there were no methods suitable for many types of slag to provide a sufficient level of accuracy for the determination of these temperatures.

A possible solution is to calculate the crystallization temperatures using existing geotermometers and phase diagrams. According to Warchulski, this method has a significant drawback. It was developed for natural systems. It is unclear to what extent it can be transferred to the crystallization conditions of synthetic alloys. Artificial alloys are characterized by a much more complex chemical composition, which is dominated by elements found in trace amounts in nature.

Thanks to the experimental approach proposed by Rafał Warchulski, it is possible to approximate crystallization temperatures on the basis of the similarity of synthetic slag obtained in the laboratory and slag collected from landfills. The researcher will take into account the similarities in composition, reactions and chemical processes of the various slag-forming phases and in the morphology of individual minerals.

"Thanks to the programmable temperature of the furnace, it will be possible to determine the properties pointing to the different cooling processes. It will also be possible to take into account the effect of additional coolant - water, and thus precisely simulate the conditions at the landfill" - the PhD student said.

The results will also be applicable to volcanic rocks that crystallize under similar conditions of high temperatures, atmospheric pressure, with possible contact with water.

Rafał Warchulski is the head of the National Science Centre grant "Modelling phase transformations and element segregation in metallurgical slags with varying chemistry under atmospheric pressure and temperatures in the range of 800-1500 C". At the Faculty of Earth Sciences of the University of Silesia, research is also being conducted on the impact of slag on the environment under the grant of Dr. Aleksandra Gawęda - "Zinc and lead metallurgical routes - a test ground for the study of the behaviour of potentially toxic elements in crystalline phase structures and their interaction with the environment".