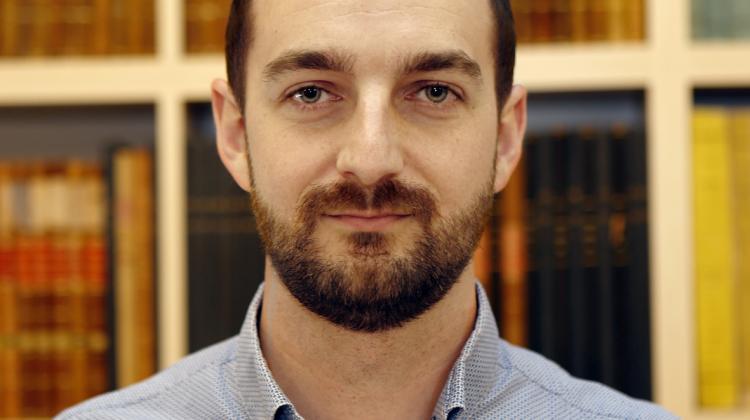 Space scientist Dr. Przemysław Mróz has become the first Pole to receive the prestigious International Astronomical Union (IAU) PhD Prize for his research on rogue planets and the Milky Way.

The IAU PhD Prize is awarded for the world's most outstanding doctoral dissertations in the field of astronomy.

Dr. Mróz from the Astronomical Observatory of the University of Warsaw was recognised for his pioneering doctoral dissertation 'Astrophysical applications of gravitational microlensing in the Milky Way’.

Written under the supervision of Professor Andrzej Udalski and defended at the Astronomical Observatory in September 2019, Mróz's PhD dissertation describes the results of research of two pioneering scientific projects: measurements of the incidence and properties of free planets orbiting in our galaxy, and research on the distribution of stars and dark objects in the Milky Way by means of determining optical depth and frequency of gravitational microlensing phenomena.

The research was based on years of observations of the central parts of the Milky Way conducted as part of the OGLE (Optical Gravitational Lensing Experiment) sky survey (http://ogle.astrouw.edu.pl/). Dr. Mróz showed, among other things, that rogue planets with masses close to Jupiter’s are much rarer than previously estimated (https://www.uw.edu.pl/planety-podobne-doziemi/).

A stipend holder of the START programme of the Foundation for Polish Science) Mróz was the first to discover several gravitational microlensing phenomena probably caused by rogue planets with masses close to the mass of the Earth, the existence of which was predicted by theories of formation of planetary systems. (https://www.uw.edu.pl/dwie-noweplanety-swobodne/).

Papers prepared as part of his doctoral dissertation and published in the world's most prestigious scientific journals (including Nature) were widely discussed in the astronomical community and have been cited over 150 times.

Dr. Mróz is currently a postdoctoral scholar at the California Institute of Technology in the United States.

Founded in 1919, the International Astronomical Union is the largest astronomical organization in the world. Members come from more than 80 countries and over 13,000 are professional astronomers.

The IAU PhD Prize has been awarded since 2016. So far, over 30 winners have been awarded. Dr. Mroz will receive the Prize Certificate next year during the International Astronomical Union General Assembly in Busan, South Korea.

Find out more about the prize and this year's winners: https://www.iau.org/news/announcements/detail/ann20022/ (PAP)