Animal Harm! Zoology Expert on the Role of Animals and People in Spreading Viruses 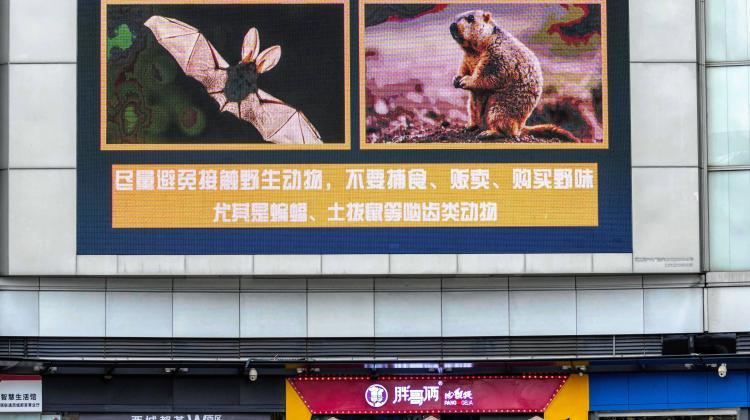 Director of the Institute of Zoology at the Poznań University of Life Sciences, Professor Piotr Tryjanowski, talks about the probable source of SARS-Cov-2 virus, the role of man in the spread of zoonotic viruses and the uniqueness of bats that not only carry viruses, but also cope with them well.

Science in Poland: Is it true that the new coronavirus has probably spread to humans from bats or pangolins?

Professor Piotr Tryjanowski: It's true, but the key word is 'probably'. It's amazing how the science of zoonotic viruses has literally accelerated right before our eyes. Virtually every day there are new papers, hypotheses, verifications... In a few days, this theory can be practically outdated or rather clarified. However, knowing the life cycles of bats, pangolins, but above all people, as well as mutual relations, we can talk about the great probability of the zoonotic nature of SARS-Cov-2. That people behaving irresponsibly, for example by eating bats, was asking for a serious epidemic, has been discussed for at least 15 years. Papers were published in the best specialist journals, but most were ignored.

SiP: How could the virus jump from these animals? Is it because of their frequent contact with people, biological similarity, life cycle?

P.T.: The combination of all these factors is important, maybe except biological similarity. Of course, bats and pangolins are placental mammals, like humans, but the similarities basically end there. Contact with people in normal conditions is not common at all, and this is where we come to an important point for the current pandemic: bats and pangolins can be bought as food at so-called wet markets in China. And that's where it all began. The problem is not that an animal suddenly attacked or bit someone, quite the opposite. People kill these animals (also) to emphasize their status, or supposedly using the recipes of traditional Chinese medicine. It is a recipe for tragedy. On top of that, there is the life cycle of bats. Viruses use their flight ability to spread and gain new hosts.

SiP: How can we draw conclusions about the origin of a given virus? What research is being carried out?

P.T.: Unfortunately, in this case it is mainly research after the fact, but with a wide spectrum of methods, from observing the behaviour of people and animals, learning about their mutual relations, to advanced genetic work looking for virus sequences in various organisms and attempts to determine who got infected from whom and when. In addition, there is screening research, testing many species of bats and pangolins and checking what pathogens these and other animals are a reservoir of, and which of these pathogens, at least potentially, are dangerous to humans. It is worth emphasizing that to understand the current pandemic, we need a broad, multidisciplinary view and cooperation of epidemiologists, mathematicians, doctors, veterinarians, zoologists and many other fields.

SiP: What is the significance of acquired knowledge about the origin of the virus for people - now and in the future? Can it, for example, help find medicines, vaccines, protect against subsequent epidemics?

P.T.: We will probably become a little bit more cautious, maybe not as presumptuous, in our approach to both nature and our own predictive capabilities, our ability to predict the future. This pandemic, at least in the sense of political and psychological response, has the features of a so-called black swan, a phenomenon with an extremely low probability of occurrence. But once it does happen, it is too late. Some researchers dealing with epidemics remain great sceptics and claim that this epidemic teaches us a lot, but only about this one specific epidemic, without great references to others. There are even those who say that all models are wrong, and only some are helpful. I prefer to remain optimistic that we will draw good conclusions, prepare medicine, but the world is dynamic and another epidemic will definitely come. This is how biology works!

SiP: Do you think there will have to be big changes in the habits of some human populations that eat 'non-typical' species?

P.T.: There should be. Actually, all outbreaks originating from bats were caused by thoughtless catching and using them in medicine and cuisine. Both SARS outbreaks originated from the wild animal markets in China, where numerous animal species and parts of them are gathered in a small space under zero hygiene conditions. But will normal bans work? International, scientific and governmental initiatives are emerging, pushing China to change the situation at local markets. I am afraid that this is just the tip of the iceberg, because it is an old and strong tradition practically in all of Southeast Asia. I dare say it's a kind of ticking biological bomb. Changes in the law are not enough, and transition to the 'underground' and the emergence of a black market may cause that the proposed medicine will be worse than the disease.

SiP: How will the current situation affect these species? Is there a chance that they will be left alone and their populations will develop, or on the contrary - will they begin to be exterminated, for example in areas close to human clusters?

P.T.: That is difficult to predict. First of all, we should talk about how important bats are, for example because they eat large amounts of insects, and this can help reduce malaria or other vector-borne diseases - those that need a vector for transmission, like an insect or tick. SARS-Cov-2 is not the only and greatest evil in the world. There are many other problems and we need to recognize the complexity. By the way, bats and pangolins are globally endangered and practically exterminated in Asia and Africa, so maybe people will notice that such a thoughtless approach to these animals is a road to nowhere. The fact that their pathogens began to pose a problem for 21st century man is our fault. We are breaking into the environments of wild animals and claim their habitats, resulting in exposure to too close contact with them.

SiP: Which animals, apart from bats, are the biggest threat today when it comes to epidemics in general, not just coronaviruses?

P.T.: This is basically a speculative question, but I like those! The answer is not quite simple. Right before our eyes, in the era of globalisation, there is a mass - legal and illegal - transfer of various animal species over great distances. What used to be completely harmless in one place, in a new place may have a huge zoonotic potential and prove dangerous for other species, including humans. Diseases reached new places with transports of exotic mussels, frogs, turtles, even aquarium fish. If we look at more natural systems, I would point to bats once again. Viruses use their flight ability to spread and gain new hosts. In normal, natural ecosystems, however, these viruses spread to other bat species, sometimes to other mammal species, but they do not reach humans.

SiP: Do virus-spreading species such as bats have anything of particular interest to scientists?

P.T.: Due to the environments they occupy as well as various feeding strategies, bats encounter many parasitic infections. They have a well-functioning immune system that is constantly focused on fighting viruses. Viral infections lead to a very fast immune response that isolates the virus and removes it from the body's cells. These mammals are capable of active flight and have a very high metabolism rate. Their high physical activity associated with the flight leads to greater and faster tissue damage, mainly due to the accumulation of harmful oxidation by-products - free radicals. Bats can cope with this problem, too. A very efficient mechanism for removing free radicals works in their bodies. This explains the extraordinary life span of bats; they can live over 40 years longer than other mammals of similar size.

SiP: So bats appear to be animals that are excellent in many respects, able not only to carry viruses, but also to deal with them.

P.T.: They are exactly that. We are already looking at them in research on ageing processes, but I predict that they will quickly become a good model for studying anti-inflammatory systems. They really are fascinating animals. Under normal conditions, they do not pose a threat. In bats, as in other animals, many diseases occur only enzootically, because they have no contact with people. Bats perform extremely important functions in ecosystems, and in their ability to fly they resemble my favourite animals, birds. They definitely deserve protection. Also in the interest of our health!