Polish Kret will fly to Mars 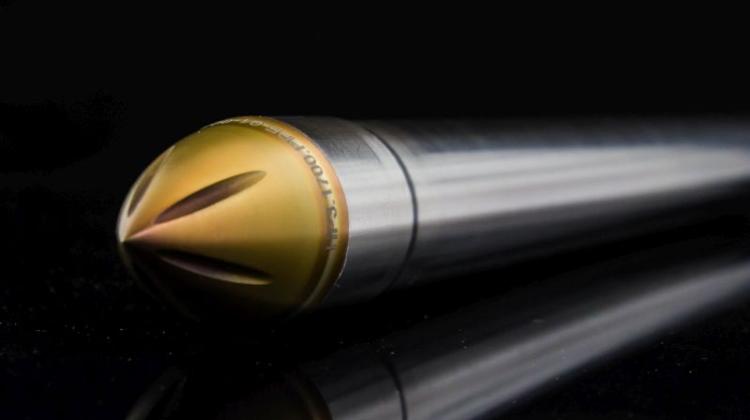 Polish mechanism will fly to Mars as part of NASA InSight mission in 2018 - said on Wednesday Dr. Jerzy Grygorczuk, VP of Astronika. “Mole’s” hammering mechanism will be the first complete system provided by the Polish industry for such an important mission.

As a part of the mission to Mars, an unmanned lander will be sent to perform a historical study of the planet Mars. One of the three main devices that the InSight mission will take onboard is the HP3 (Heat Flow and Physical Properties Package) – an instrument designed and integrated by German Aerospace Agency (DLR) which will take Mars' temperature, revealing just how much heat is still flowing out of the interior of the planet. HP3 will conduct its research using a “Mole” – a sophisticated penetrator which hammer itself under surface.

What is important for Poland, “Mole’s” drive (hammering mechanism thanks to which the probe will dig 5 meters into the surface of Mars) was designed and manufactured by the Polish company Astronika.

"This is a success for Polish scientists. They are ready and competent to work with the world\'s largest space agencies and to provide complex services" - emphasized Deputy Minister of Development Jadwiga Emilewicz.

"Astronika has won a tender for NASA\'s mission subsystem, which will consist in deep drilling into the Martian soil, to a depth of 5 meters. The space industry is an industry where the lowest price criterion does not exist. What counts is quality, speed, standards, and our small businesses meet those standards. These are extremely efficient companies when it comes to acquiring the most interesting, most valuable international contracts. Of the 10 complex applications to the European Space Agency, eight have been successful. The company that presented itself today is among these Polish companies" - Deputy Minister of Development Jadwiga Emilewicz said after the conference.

She added that the Polish space sector has a lot of potential. When Poland joined the European Space Agency (ESA) in 2012, less than 50 Polish entities interested in participating in the ESA tenders were registered on the Agency\'s dedicated Internet portal. Currently there are over 300 of them.

"We see the potential in our small and medium-sized companies. We are counting on their participation in other (space - PAP) projects" - emphasised Emilewicz.

Asked when we would be able to speak about Polish space industry, Deputy Minister Emilewicz said: "When we find one - three niches where we will have a few, a dozen companies that will supply to the biggest players. This is the goal we set for ourselves today".

To achieve it, as Deputy Minister of Development added, we should spend more money on the development of the space sector in the National Space Program. "The National Program is due to be launched by the end of this year. We hope that as of next year we will be able to dedicate additional funds to the development of the space industry, because it is difficult to imagine our companies developing solely on the basis of European Space Agency grants. If we want more small and medium-sized companies to win tenders, like Astronika, we have to help them grow faster" - Emilewicz said.

According to the Deputy Minister of Development, Astronika\'s Martian project is consistent with the Polish Space Strategy, which is part of the Strategy for Responsible Development. "We have a small company that has successfully wins a big contract with a large agency. Astronika enters the NASA program through a German agency. The next step would be if this or any other company were in direct dialogue with NASA by supplying specific subsystems. This is our goal" - she emphasized.

25 mm thick robot “Mole” is made of titanium and steel and tungsten alloys. It weighs about half a kilogram. According to Grygorczuk, the design work took no more than 3 months. "This was possible only because (...) we specialize in the construction of penetrators. We know exactly how to solve these mechanisms to produce the best results" - he added.

“Mole” will go to Mars on a lander. A special robot arm will move it from the deck of the lander directly to the surface of the Red Planet. "Then it will start digging. It will be in stages - not immediately to the depth of 5 meters. Every half meter it will take measurements. “Mole” will drag a 5-6 meter tail in the form of a tape which will be rolled into a tube in the opening made by the robot. It is equipped with a number of thermal sensors so that we can measure the thermal profile of the soil to the depth of 5 m. In addition, thermal conductivity gives information about the porosity of the soil and other physical properties. The purpose of all this is to find out how the Martian core works. The work of Mars\'s core and its size is still unknown" - explained Grygorczuk.

Astronika Sp. z o.o. was founded in 2013 on the initiative of a group of Polish engineers dealing with precision mechanics for space applications. Over the first four years of its operations, the company has completed nearly 30 projects. The main recipient of the technology is the European Space Agency (ESA), but Astronika has also supplied to, among others, Finmeccanica Leonardo, Airbus Space & Defense and the German Space Agency (DLR).