The search for the family home of Zawisza Czarny 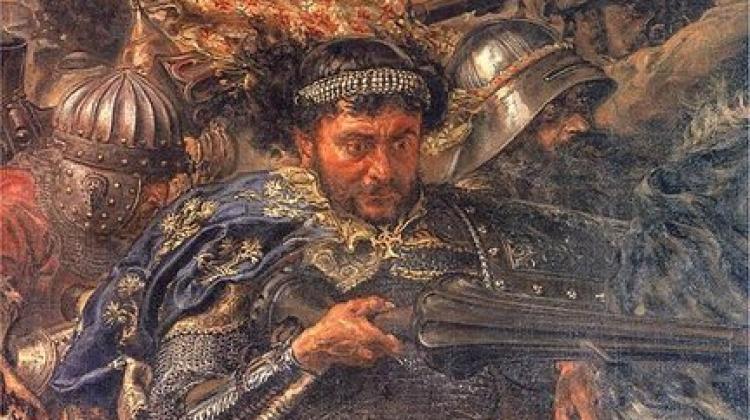 His fame reached the farthest parts of Europe. Undefeated in tournaments, winner on the battlefield, a diplomat - Zawisza Czarny of Garbów, coat of arms Sulima. Scientists will soon begin the research project which may help to find his family home near Sandomierz.

Stary Garbów and Nowy Garbów, small neighbouring villages are located less than 15 km north of Sandomierz, in the commune of Dwikozy (Świętokrzyskie). They do not stand out among the local towns surrounded by a checkerboard of fields and orchards. Their history, however, is quite extraordinary. Scientists have confirmed beyond any doubt that from "this" Garbów hailed the most famous Polish knight Zawisza Czarny (c. 1370-1428), who, through victories in numerous European tournaments, at the turn of the fourteenth and fifteenth century gained fame, which today the biggest stars of sport and pop culture enjoy.

"We are confident that this is the place, although only 20 years ago it was not at all certain in historiography" - told PAP Dr. Tomisław Giergiel from Institute of History, Maria Curie-Skłodowska University in Lublin. He added that research conducted in recent years dispelled many doubts. "We know that he was born there and he was proud of his roots. That feeling has subsided despite the meteoric career in medieval tournaments. Whenever he was in western Europe, he referred to himself as his father and grandfather: +of Garbów+" - emphasised Dr. Giergiel.

But where exactly was the family home of the knight? In Stary Garbów or Nowy Garbów? Or somewhere in between? What did it look like? Was it similar to other mansions of wealthy families? "He came from Garbów. This Garbów" - and that is where the knowledge of historians, regionalists, experts ends.

Archaeologist, director of the Regional Museum in Sandomierz Dr. Dominik Abłamowicz wants to cut through the haze of conjecture and hypotheses. "I have worked in Sandomierz for a year. Since I\'m here, I get to know this land, its monuments. I am amazed by the number of monuments, there are so many of them. While exploring the surrounding areas I visited Garbów" - he said in an interview with PAP.

The researcher was intrigued by the fact that in the available archaeological documentation from the area of Garbów there isn\'t a single site from the Middle Ages. According to the museum director, despite the lack of known archaeological objects from the Middle Ages in this area, it can be confirmed beyond any doubt that settlement in Garbów is much older. "There had to be a feudal centre there, associated with the fact that this was the residence of the Zawisza family, who ruled the land. There had to be rural settlements" - he said.

Thus the idea was born to use the methods of modern archaeology and related sciences to find the location of the residence. "The grant that we have managed to win is not invasive. We will not have the funds for excavations. Archaeology has various reconnaissance techniques. On the one hand there is the traditional method that includes surface exploration, particularly effective during the early spring, when various objects appear on the surfaces of arable fields as a result of frost processes and agricultural activities. This is one method" - he said.

It can be expected that the homes of the nobility had defensive functions and were built in naturally defensive places. "In addition to the archaeological reasons, terrain is important, which is why we intend to meet with residents Garbów, with young people, and ask them if they have ever found anything, if a mound or a hill was flattened in the past" - said the director.

At the turn of the fourteenth and fifteenth centuries, motte-and-bailey castle was a popular form of residences of nobles, traces of which still remain in many places in the former province of Sandomierz. One of the well-preserved objects of this type is located in Włoszczowa in the western part of Świętokrzyskie. Regular, five meters high mound clearly stands out against the flat fields and meadows. On top probably once was a defensive residential tower.

Any information from residents, based, for example, on family stories, that somewhere in Garbów was a hill or "mound", could guide the archaeologists to the place where once stood the house of Zawisza Czarny; assuming that it was a motte-and-bailey castle, which is not certain. "This is one of the hypotheses" - emphasised the archaeologist.

Another hint that can bring researchers closer to finding its location may be provided by a much more recent history. "In Garbów was a mansion, in which gen. Józef Dowbor-Muśnicki (1867-1937) was born. The mansion does not exist anymore. I mention this because it is the second person in the history of Poland, who lived there. Often, new residences of nobility, for example manors, were built in the location of an old residence, as a +sanctioned place of power+; this yet another aspect of the case" - he said.

In addition to surface surveys, scientists intend to use the latest research methods. These include aerial photos, processing of which enables accurate analysis of the morphology of the terrain to determine the configuration of the landscape. "In places of interest we will carry out physical tests using electrical resistivity equipment, similar to those used in the search for the +gold train+ in Lower Silesia" - he explained.

Another branch of archaeology, which can bring us closer to solving this puzzle, is called environmental archaeology, which examines the relationship between man and his economy and the landscape. "In our field of science we often ask historical geography questions: why did men chose this particular place, why was the settlement established here? How did it change its surroundings?" - said Dr. Abłamowicz. He noted that contrary to popular belief, changes in the landscape are not only characteristic of the industrial era, as the landscape is affected by the agricultural activity.

For this reason, the scientists intend to take samples near the river Opatówka and in oxbow lakes of the Vistula River, where peat may be present. "Peat creates a unique microclimate, keeping the data from the past fresh like a fridge. (...) It can present the remains of plants. Their study and dating allows to determine whether the sediments include man-made botanical remains, such as pollen of grains or other crops. If you could establish that, it would help us determine many aspects of farming activity in the time of Zawisza" - he said.

The discovery of the location of the house of Zawisza Czarny would be another important event for the town, where the memory of the medieval knight is very much alive. There is a monument of the knight, and he is the patron of the local school. There is also very active Association of the Memory of Zawisza Czarny Coat of Arms Sulima of Garbów; its activity can be followed on an interesting website.

Research will be supported by a grant from the National Heritage Institute in Warsaw from the program "Cultural Heritage - priority: protection of archaeological sites". Including own contribution, planned work will cost about 40 thousand zlotys.

Zawisza Czarny of Garbów, Coat of Arms Sulima, referred to in the Latin chronicles as Zawissius Niger de Garbow, was born around 1370 in Garbów. He died at the hands of Turks in June 1428 in Golubac fortress, the ruins of which can still be seen in eastern Serbia on the right bank of the Danube. Due to his victories in numerous tournaments and heroism on the battlefield he was regarded as a model of knightly virtue. He was also an accomplished diplomat of King Władyslaw II Jagiello, who represented Władyslaw II at the Council of Constance in the years 1414-1418.