The wrecks of the Gulf of Gdańsk available online 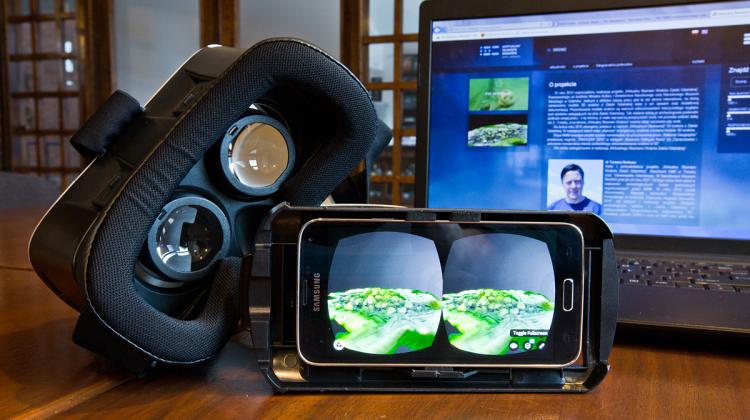 Photo: Press materials of the NMM

Originators of the "Virtual Shipwreck Museum" invite to explore the six ships sunk in the Gulf of Gdańsk. The presented models are detailed reconstructions of the actual wrecks at the bottom of the Baltic Sea.

"The main objective and purpose of the project is to prepare photogrammetric 3D documentation of wrecks of wooden ships from the Gulf of Gdańsk" - said Dr. Tomasz Bednarz, an underwater archaeologist with the National Maritime Museum (NMM), who supervises the work. The other members of the team involved in the preparation of photogrammetric 3D documentation are Janusz Różycki, Wojciech Joński and Zbigniew Jarocki.

Underwater archaeologists see of sunken wrecks in the depths in such a way that now everyone can now see them on a computer screen. Museum employees noted, however, that during a dive divers are not able to see the entire wreck of sight due to underwater visibility of no more than 2-3 meters - and internet users can. Additionally, users can freely manipulate the image around its axis. According to the authors, preparations to launch a virtual museum project took over a year. During that time they took more than 60 thousand photographs of underwater objects, which allowed to present them in the three-dimensional form.

"We have been developing the method of underwater documentation, which is connected with making photogrammetric 3D models of wrecks, at the NMM for over two years, and in a sense we are experts in the field. For each object we take several thousand photographs, which a computer later combines into a detailed 3D model" - described Tomasz Bednarz.

The result of the work of scientists is a virtual museum, where you can see the most important wrecks of the Gulf of Gdańsk. At the moment there are 6 wrecks, but by the end of the year 13 more will be added. In the following years, the "museum" will be systematically expanded with more vessels. In addition to 3D models the site contains detailed information on the sunken vessels - data on the circumstances of the discovery, use of the vessel, objects discovered during underwater research. Currently, the database contains mainly sailing ships from the eighteenth and nineteenth centuries. The oldest ship is Solen that sank during the battle of Oliwa in 1627.

Smartphone users can also look at the wrecks using virtual reality devices like Google Cardboard or Oculus DK1 and DK2. "This further intensifies the 3D experience of presented underwater sites" - encourage the authors.

The creation of the website http://www.wsw.nmm.pl/ is part of a two-year research project "Virtual Museum of Shipwrecks of the Gulf of Gdańsk. Recording and inventory of underwater archaeological heritage", subsidised by the Ministry of Culture and National Heritage.