News
This text can be copied 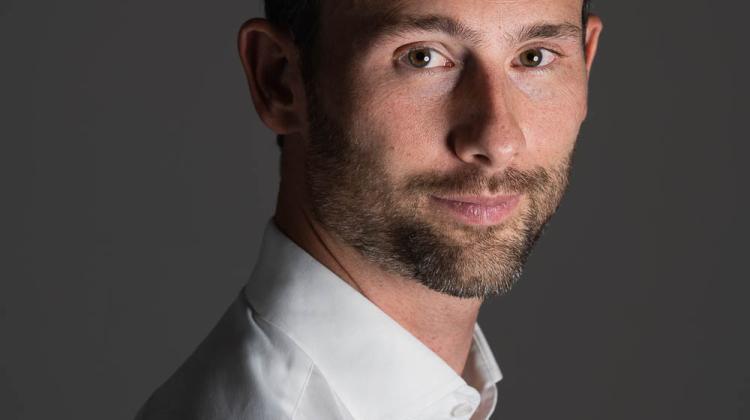 According to information provided by the Polish Space Agency POLSA, the former are practically guaranteed flights to the International Space Station (ISS) and possibly to participate in one of NASA’s lunar missions carried out with ESA. Reserve astronauts can join them at any time and begin intensive training if ESA expands its manned programmes, particularly the use of the ISS, POLSA reports in a press release.

The presentation of the astronauts was made last week at the Grand Palais Éphémère in Paris, during the last day of the ESA Council at Ministerial Level. The astronauts were introduced by Josef Aschbacher, Director General of ESA.

Sławosz Uznański beat over 22,000 candidates from all over Europe in the 18-month-long ESA preliminaries. Candidates underwent various tests of knowledge regarding space and space technologies, intelligence and computational prowess, the ability to solve complex, unusual problems under time pressure, mental toughness and keeping a cool head under stress. They were subjected to detailed medical examinations and underwent a series of interviews.

Uznański told PAP: “My work at CERN will not change after joining the ESA Astronaut Reserve. I will continue to design systems.

“As a reserve astronaut, I will train for up to 20 days contracted with the European Space Agency. I will undergo medical examinations, as well as a small part of the training. Everything else is completely open. If necessary, we, as Poland, together with ESA, would find a mission that would fit my experience, I could join the ESA astronauts who will be training from April 1st to fly and carry out their mission in space.”

The Polish scientist's additional advantage was the experience gained at the European Organization for Nuclear Research (CERN) in Geneva, where he works as an operator of the Large Hadron Collider (LHC). This device is as complex and technologically advanced as the Space Station. Dr. Uznański is also involved in designing radiation-resistant electronics, which is precisely what must be used in space. A PhD in electronics and the ability to conduct scientific research are his other assets useful on the Space Station. Hiking in the Himalayas, his hobby, is the best way to train his stress resistance and build endurance in harsh conditions.

He said: “This is certainly one of the most important days of my life, but also a special moment for Polish science and Polish participation in space exploration - a way of appreciating our achievements and highlighting our potential. As a Pole, I am proud that I will represent our country in the implementation of the joint European space program. Our participation is already significant. I am sure that it will be substantially greater.”

He added: “We should develop such experiments and tasks that we could propose to the European Space Agency - so that our astronaut could fly to the ISS and carry out these experiments.”

He is the author of a book on radiation effects in electronic circuits and has co-authored more than 50 papers in journals and at scientific conferences. His interests have always been closely related to the space industry. He has lectured on space system design at international engineering schools (SERESSA in 2014 and 2021), organised workshops between CERN and NASA and for the private sector. He has been a reviewer of many commercial satellite projects, such as the ICEYE satellites, and projects related to the Polish space sector, such as PW-SAT2, HyperSat and EagleEye.

Polish Space Agency president Wrochna said: “This is a huge success for our astronaut, but also a great distinction for Poland. Our development and progress in civilization that has taken place in recent decades has been noticed and appreciated by European partners. During ESA meetings, I heard many warm words about our companies and scientists, who play an increasingly important role in ESA programs. I hope that the selection of a Pole to the astronaut reserve will also be a catalyst for further development of the space sector in Poland, as a signal that the country’s development is carried out through investments in cutting-edge technologies, including space technologies.”

The previous ESA recruitment was carried out in 2009. In the current one, announced in 2021, ESA wanted to 'rejuvenate, diversify and significantly expand' its small team of astronauts. Among approx. 23,000 candidates from Poland, 549 people took part in the recruitment process.

ESA Director General Josef Aschbacher also told journalists that ESA would receive €16.9 billion from 22 member states, Reuters reported. The funds will be allocated to various projects, from Mars exploration to climate research, in the years 2023-25. Earlier, the agency had asked for €18.5 billion, which could be used to fund rocket and satellite launches, and European participation in planetary research. In the previous analogous period, the amount for these purposes was EUR 14.5 billion.

The ESA Council at Ministerial Level was held in Paris on November 22 and 23. It was attended by representatives of ESA member states, associated and cooperating countries.

The course of ESA’s actions for the upcoming years to ensure that Europe strengthens its position in space conquest, as well as budgetary issues, were discussed during the event. (PAP)