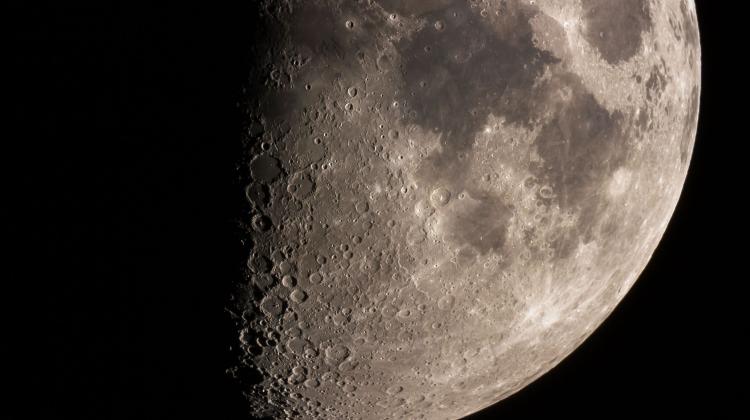 NASA plans to land a manned mission on the surface of the Moon in 2025. As part of the Artemis III mission, two astronauts will remain in orbit, and two will land and spend about a week. The crewed mission Artemis II is planned earlier: four astronauts will fly around the Moon at an altitude of 8,900 km above the surface. This should take place in 2024. Before this happens, however, the unmanned Artemis I mission had to be launched. Its launch was delayed, but ultimately the mission was launched in November.

The Artemis program is implemented by NASA, private companies and international partners, including the European Space Agency (ESA). Its objectives include both purely scientific tasks, like examining the 4.5 billion years old rocks located on the Moon, which will help reconstruct the appearance and the earliest history of our planet, but also more practical tasks. It is expected to lead to the establishment of a permanent base on the Moon and give a chance for further space exploration, e.g. Mars. The Moon can also be a source of various natural raw materials, and its exploration may initiate the development of space mining.

Dr. Natalia Zalewska, a geologist from the Space Research Centre of the Polish Academy of Sciences said: “Metals and elements are present on the Moon in large quantities, because when it was formed along with the Solar system, it received a certain amount of them, just like the planets. But the Moon is still bombarded with asteroids, which have different mineral compositions and leave a lot of various minerals on the Moon surface.”

In the context of the Moon, there is talk about helium-3 isotope, of which the Moon has much more than Earth. Dr. Zalewska said: ’This priority element, helium-3, comes from the Sun, the particles of this element hit the surface of the Moon. The Earth has an atmosphere that blocks these particles and the Moon does not have one, so everything penetrates the lunar regolith.”

In February 2022 two companies - Solar System Resources Corporation Sp. z o.o. from Kraków and US Nuclear Corp. - signed a letter of intent on an unmanned mining expedition to the Moon to extract this valuable isotope. The Kraków company expressed the will to deliver 500 kg of helium-3 by 2028-32, and US Nuclear Corp. the will to accept this delivery.

The experts from the Kraków company explained that the Moon had 100 million times more helium-3 than the deposits on Earth, and in addition the lunar deposits were renewable with the isotope carried by the solar wind.

What can helium-3 be useful for? It is used in scientific research, cryogenics, quantum computers, MRI (magnetic resonance imaging), as well as detectors of radioactive materials used at airports and border crossings. In the future, this isotope could fuel reactors that will produce pure energy, without the generation of radioactive waste or greenhouse gases. Experts from the Polish company estimate that 200 tons of helium-3 would be enough to cover the global annual energy demand of all humanity.

Dr. Zalewska said: “To get even a small amount of helium-3, you would have to process a dozen tons of regolith. The idea is to produce and obtain this helium isotope on the Moon. That is why it is necessary to build infrastructure that could accelerate it. Otherwise it will pay off.”

Although for now mining operations on the Moon in order to obtain raw materials are quite expensive, new technologies are being created to study its resources.

In the ESA's Martian far-IR Ore Spectrometer (MIRORES) project, experts from the Space Research Centre PAS and the Institute of Geological Sciences PAS are working on an orbital spectrometer to measure sulphides in far infrared. The device will be used to map space resources on the Moon, Mars and large asteroids. The instrument is intended to search for ilmenite, troilite and pyrite ore. According to Dr. Zalewska, it can also detect precious metals, e.g. gold and silver, because sulphides are their indicators.

She said: “The device is mounted on a probe that orbits a given object in space. It monitors the object by means of infrared images. The detector is designed to detect specific minerals. For now, however, it is at the prototype construction stage.

In basalt rocks on the Moon - she reminds - it is also possible to obtain other minerals, aluminium, calcium, sodium, potassium, silicon, but for now it will not be profitable.

The most important resource that can now be obtained on the Moon is water ice, dispersed in the regolith on the surface of the Moon and focused in the peritoneal areas. An important task of astronauts who will explore the Moon as part of the Artemis mission will be to study potential access to water. They will take samples from different depths below the surface of the Moon to see how the amount of water changes with the depth, how much water there is, in what form it is, how best to recover it.

Dr. Zalewska said: “Water ice is an important element on the way to building future lunar bases. Water can be used to obtain hydrogen and oxygen, i.e. rocket fuel.

“When we learn to extract minerals from the Moon, when we will learn to stay and function on the Moon, it will be easier to fly to Mars. That planet has even greater potential when it comes to natural resources. It is bigger, he has more varied geology, but - unlike in the case of the Moon - we don't have samples from there or deeper boreholes. So the issue is good detection, tools that will discover what we have there.