Ecologist from the Polish Academy of Sciences: We often deal with populist consumption of art and nature 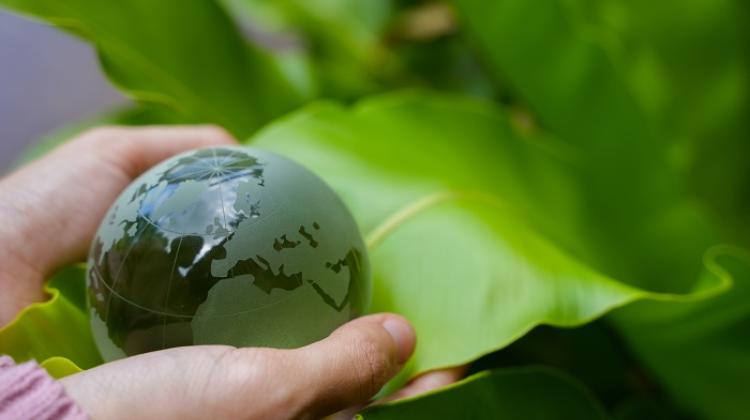 A leading ecologist says that although we often deal with populist consumption of art and nature, there are studies that show that 'profit and populism are not obvious choices.’

Professor Jan Marcin Węsławski, director of the Institute of Oceanology of the Polish Academy of Sciences, said: “The cost of nature protection has been calculated in the world in several different ways and ranges from $ 100 billion to 900 billion a year. This includes the huge cost of protecting all national parks, protected species, all matters related to maintaining what contributes to nature protection. But it comes as a surprise to many naturalists that it can be described as a +loss+.”

Referring to a state official who wrote in 'Forest Monitor' in 2019  that 'nature protection is a financial loss of PLN 1.2 billion per year for the State Forests’, Węsławski continued: “No one would dare to use this type of argument for the art market.

“No one will say that the costs of maintaining Polish museums in 2015 amounted to about PLN 600 million. No one would list it as a loss in the budget and I think that if someone wanted to use such an argument, they would face criticism.”

In his opinion, the questions of some officials as to why we should protect all species can also be referred to the world of art and culture, by asking the question: why do we need so many museums?

In an interview with PAP - Science in Poland, Węsławski said that “the economy of nature is definitely worth developing because “there will always be people who need market arguments.”

In his opinion, this probably will not change the approach of people to the need for nature protection, but it will mean that there will be two narratives in circulation: the 'green' one, with the argument 'we protect it because we want it to be protected and we do not have to explain ourselves' and the other, 'market' on : 'we protect because it pays off more than not to protect'. He added that the “market argument has many risky moments, for example it usually pays to protect something in the perspective of 100-200 years, but it pays to destroy if someone wants profit over 5 years.”

He also drew attention to the problem that people often deal with populist consumption of both nature and art. There are studies, however, that show that “profit itself, populism itself, is not an obvious choice - but that largely depends on how we are brought up, what we learn.”

He recalled the results of the survey conducted among the inhabitants of the Tri-City. People were asked what they preferred: to earn money and at the same time allow developers to build up the beach near Gdańsk - or pay money to ensure that this beach would remain be in a semi-natural form.

He said: “From nearly a thousand people we asked, 90 percent responded that they would prefer to donate money to preserve the semi-natural beach over earning money by allowing the beach to be industrialised.

“Developers said in the media that people were waiting for jobs, large hotels, the city development. It turned out that they were not.”

He added that people's needs associated with access to greenery “are very large, although it may not always be expressed every day.”

During the Summer Science Meetings, the Węsławski also spoke about the changes related to global warming that affected the Baltic Sea. Listing the possible consequences of this process, he said that in the future some species of fish, e.g. cod, would disappear from the Baltic Sea. “But there will be other species. It will function, although in a different way,” he said, answering Internet users' questions.

Professor Węsławski, continued that “sea nature is less sensitive to destruction than nature on land' and that 'it will cope'. “The sea has large buffering capabilities that limit destruction. It will manage - but not necessarily the way we want it to.”

Pointing to climate change, he said, the effects was one of the challenges humanity was facing: “We must learn to live without glaciers, in a water deficit, etc."

He added that the quality of human life would change as a result. “It is not that we need (specific - PAP) species to stay alive. The point is that we need the species, the entire nature's diversity, so that life continues to be as we see it right now.

'Mankind will also survive in a damaged, apocalyptic environment, it's about quality of life.”

Professor Węsławski spent over 50 months on maritime and polar expeditions. He is the leader of the European marine diversity research project. He was a guest speaker at Summer Science Meetings many times, where he spoke about the melting glaciers of Spitsbergen, a place for nature in the modern world, the conflict between the development of the country and the natural resources, about the Arctic without ice and about what ecology can offer to the humanities and social sciences.