Technology
This text can be copied
Agnieszka Kliks-Pudlik

Sili-gone: ‘To move forward, we have to move away from silicon’, says physicist 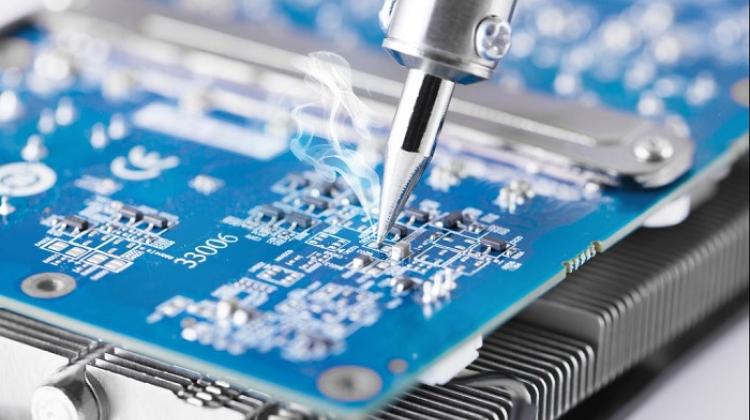 Modern electronics is based mainly on silicon, the importance of which in the technological development of mankind cannot be overrated. But to take a significant step forward, we need new materials, ones that are resistant to overheating of electronics, a physicist from Adam Mickiewicz University says in an interview with PAP.

Dr. Bartłomiej Graczykowski adds that these new nanomaterials are also a response to the growing market needs with decreasing resources or even deficits, such as the crisis on the market of semiconductors that are necessary for the construction of all kinds of electronic devices.

Nanostructures and nanomaterials have sizes expressed in nanometers (nm). One nanometer is one billionth of a meter, or one millionth of a millimeter.

“Currently, on the one hand, we are constantly miniaturizing and increasing the computing capabilities of electronics, but on the other hand, we are facing the growing problem of process heat, the heat crisis.

“Increasing power while reducing volume leads to overheating of electronics. Moreover, most of the energy that humanity produces is ultimately converted into heat, and this is mainly waste heat.”

He continued: “Nanostructuring thin layers or semiconductor membranes means we can reduce thermal conductivity while maintaining or improving electrical conductivity. This enables applications in thermoelectric modules and self-powered sensors that convert environmental, process or waste heat directly into electricity.

“The possibility of generating electricity from heat may be very important, considering that almost all devices (such as computers or mobile phones) generate process heat and it is usually waste heat.”

Their flexible counterparts that react to temperature changes could be used, for example, to check whether food bought in a supermarket was actually stored in temperature specified on the packaging.

Graczykowski said: “Even with a momentary temperature difference, such a thermoelectric material will generate electricity and, for example, change colour. It may be in the form of a sticker - cheap, without additional power supply, and very useful.”

Scientists looking for an alternative to silicon are hopeful about the nanotechnology of van der Waals materials with a thickness of one or several molecular layers (several nanometers). “Research into transition metal dichalcogenides with a layered structures similar to that of the famous graphene is particularly promising. Importantly, unlike graphene, these materials are semiconductors and their physical properties strongly depend on their thickness, i.e. the number of molecular layers,” said Graczykowski.

Recent research by his team indicates that there are materials that become softer as their thickness is reduced to several molecular layers. Until now, based on the knowledge of graphene, the opposite was believed to be true.

Referring to those results, Dr. Graczykowski said that these thin semiconductors make it possible to move from the rigid architecture of silicon integrated circuits to flexible electronics that enables free deformation of the material. In the future, such a nanomaterial could be used, for example, in medicine to produce sensors that would look like stickers, adhere to the skin and monitor temperature or acidification levels.

The issue of producing nanomaterials with large surfaces is another challenge in the search for successors of silicon for use in electronics. Graczykowski said: “It has to be a routine and controlled process, and not one based solely on a laboratory method.

'I think that silicon will reign for many years to come, but we must look to the future and conduct basic research on new nanomaterials, many of which are really promising.”