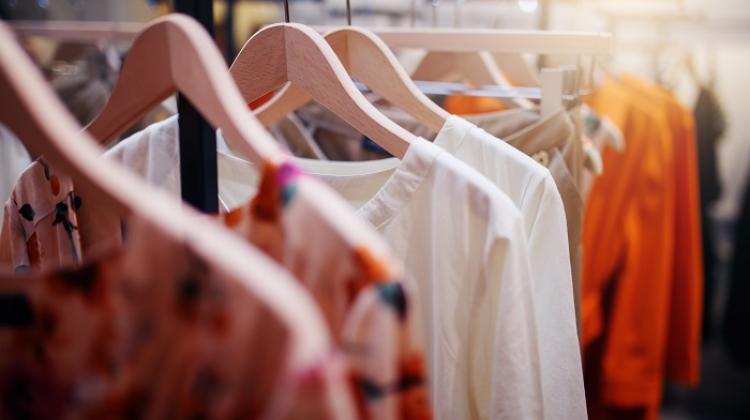 A team of scientists from the Rzeszów University of Technology have patented a textronic RFID transponder - an electronic ID tag for textile products, which can contain information about the product use or cleaning.

The data can be hidden, for example, in a button or a decorative element sewn on clothing.

According to Anna Worosz from the university's press office, the textronic RFID transponder, developed and patented by a team from the Department of Electronics and Telecommunication Systems at the Faculty of Electrical Engineering and Computer Science under the supervision of Dr. Piotr Jankowski-Mihułowicz is a response to the needs of the clothing industry.

She points out that we have already become accustomed to living with RFID technology, for example we use contactless payments for daily shopping, ski-passes on the ski slopes, access control or documents with an electronic layer such as biometric passports and ID cards.

She said: “The unique solution of the mentioned industrial research, which is carried out by a team of employees from the Department of Electronic and Telecommunication Systems, is the production of an electronic radio frequency transponder and its integration with textile products by means of commonly used sewing methods.”

She added that the methods the badge's antenna is sewn or embroidered with conductive thread and its microelectronic circuit can be hidden in a button, bead or decorative element, which will be simply sewn to the garment.

She said: “This results in the creation of electronic transponders for textiles already at the manufacturing stage. They can then be used at every stage of the life cycle of these products.”

Such 'sewn in' information can be used first in the internal logistic processes of the manufacturing company, then in the distribution of products, trade, and in the near future (if innovative washing machines or irons are developed) in their use, and finally in the disposal process.

According to Worosz the same team from the Rzeszów University of Technology is already working on a washing machine, in which in the future it will be possible to wash clothes in a completely automatic way, based on the information contained in the 'sewn in' electronic tag, without having to set the right program to safely wash the clothes in the drum.

The researchers are also developing another household appliance - a steam station that will also help to avoiding damage (e.g. burning).

Worosz said: “In this way, the Internet of Textile Things (IoTT) mentioned in the patent will come into being, which, according to the authors, will on the one hand improve many business processes and on the other hand - make everyday life easier.”

The company Esotiq&Henderson has already bought a non -exclusive license the textronic RFID transponder. The Rzeszów University of Technology is looking for other companies interested in purchasing a license. (PAP)