A strong handshake is a sign of healthiness in older people, new research finds 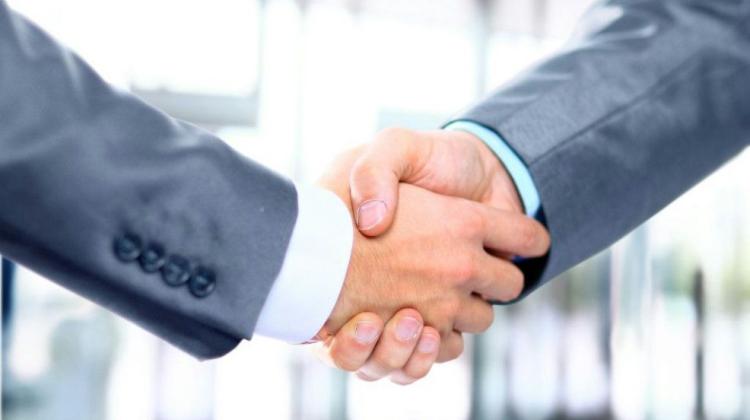 The strength of a handgrip (HGS) can be used as a biomarker for the state of health in older people, say scientists.

Research by the University of Rzeszów on a representative group of elderly people living in south-eastern Poland found that the average HGS is 19.98 kg (16.91 kg for women and 26.19 kg for men), and decreased muscle strength is present in 50.18 percent of women and 55.22 percent of men.

Handgrip strength is a simple, fast and low-cost measure used in clinical practice, rehabilitation and public health research to determine musculoskeletal functions. HGS measured with a dynamometer can identify not only upper limb muscle weakness but also lower limb strength and functioning.

According to the researchers, the simplicity of its measurement combined with its low cost makes it noteworthy for assessing the overall health of older people.

The scientists said: “Prevention of muscle strength deterioration in older people should be the focus of interventions at the end of the career and after retirement. Additionally, state-provided geriatric care is insufficient and does not meet the real needs of the older population. Therefore, an early assessment of HGS would allow the introduction of various forms of support, reducing future healthcare costs.”

Participants were included in the study based on the following inclusion criteria: age 65 years or older, normal cognitive status, physical performance that enabled walking and provision of informed consent for participation in the study.

Hand grip strength was measured using a JAMAR PLUS hand dynamometer. The measurement was performed in a sitting position on a chair without armrests, with the feet of the examined person resting flat on the floor, arms set along the torso, the elbow flexed at 90 degrees, the forearm in a neutral position. Each participant was instructed to clench the hand maximally and hold for 6 s.

The study confirmed a positive association with HGS for height, weight, BMI, ability to perform basic and instrumental activities of daily living, mobility and body balance. The study also found that marital status was an independently associated factor affecting HGS among women and men.

The average HGS for women in Poland was 16.91 kg, which is close to the results in Portugal and much lower than in the UK. The average HGS for men in Poland was 19.98 kg, lower than in Germany and Switzerland. The researchers speculate that the differences in HGS according to age and sex between particular countries are likely due to genetic differences in muscle mass, lifestyle and health care of the older people.

According to Wiśniowska-Szurlej and the co-authors of the study, decreased muscle strength was found in about 50 percent of older women and men. Scientists suggest that one of the reasons for such a high percentage of people with reduced muscle strength may be the insufficient level of physical activity among older people in Poland. In the group of individuals 45 to 65 years old, specific WHO recommendations were met by 4.2 percent of the population, while in the group over 80 years old, they were met by only 0.6 percent of the population.