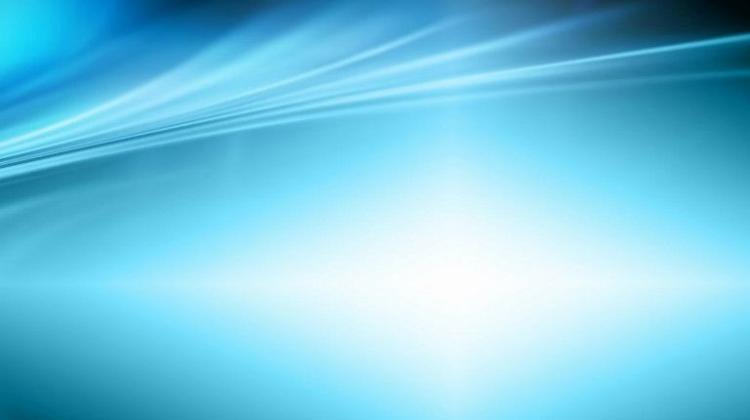 Doctors from the Medical University of Lodz say initial investigations into the effect of blue light on the reduction of COVID-induced fatigue and blood pressure normalization are ‘promising’.

Professor Aleksandra Lesiak from the Department of Dermatology, Pediatric Dermatology and Oncology Clinic of the Medical University of Lodz said: “Viral diseases cause chronic fatigue, and COVID-19, due to its rather severe course and the stress accompanying the disease, makes this fatigue more noticeable by people who have experienced the infection.”

“Recently, the scientific literature mainly discusses the negative effects of exposure to blue light (emitted, for example, by electronic devices such as smartphones, tablets, computers - PAP) and we are encouraged to protect ourselves against it.

“But in medicine, we often use light in therapy. For example, in dermatology, UV light is traditionally used in the treatment of psoriasis or atopic dermatitis (AD).”

She added that blue light is also used in the treatment of skin diseases, due to its immunomodulating, anti-inflammatory and antipruritic effects.

She continued: “Blue light relieves itching, reduces the symptoms and ailments associated with skin diseases such as atopic dermatitis or psoriasis.”

The research conducted so far shows that it not only reduces inflammation by inhibiting the production of cytokines, but also reduces systolic blood pressure, improves the functions of endothelium (the layer of cells lining blood vessels - PAP) by stimulating the release of nitric oxide, and reduces arterial stiffness.

An important advantage of blue light is also that it increases the level of beta-endorphins in the body, which improve mood and thus contribute to a better quality of life. Thanks to them, patients cope better with stress, gain better immunity, and are more resistant to pain.

Lesiak said: “That is why, together with my colleagues from the Netherlands, who developed the equipment for emitting blue light, we came up with the idea for this study. We obtained the approval of the bioethics committee.”

Teaming up with Professor Joanna Narbutt, National Consultant in the field of Dermatology and Venerology, head of Department of Dermatology, Pediatric Dermatology and Oncology Clinic of the Medical University of Lodz, and Dr. Michał Chudzik, internist and cardiologist, specialising in lifestyle and anti-aging medicine, they began looking at the use of blue light phototherapy to relieve the symptoms of post-COVID-19 syndrome.

Narbutt said: “Patients who have had COVID-19, often with minor symptoms and without the need for hospitalisation, often complain of malaise, chronic fatigue, but also depressive symptoms, intermittent, ineffective sleep or insomnia, and muscle pain."

In this group, there are also migraine headaches that are resistant to traditional treatment and persist for up to six weeks after the infection. Other complications include the so-called brain fog, manifested by focus and memory difficulties, as well as persistent smell and taste disorders.

But so far, a dozen patients have completed the study, and another dozen are undergoing therapy, the results of which, said Narbutt, “are satisfactory.”

Two-three times a week, patients have half-hour sessions of irradiation with blue light emitted by LED lamps (the PHLECS Full Body Blue device). In both groups, before and after the end of the study, the patients' quality of life and their level of fatigue are assessed with the FSS questionnaire and automatic 24-hour blood pressure monitoring is performed (average daily values, the degree of blood pressure reduction at night compared to the pressure during the day, and its daily distribution).

At the end of the study, doctors assess whether the patients' fatigue levels and blood pressure values ​​have changed. Changes in blood pressure are investigated due to the possibility of exacerbation of cardiovascular diseases after COVID-19.

Dermatologists found that in previous studies the use of blue light is a safe method. This type of phototherapy does not cause side effects typical for UV radiation, such as an increased risk of skin and epidermis cell DNA damage and skin cancer. There is also no risk of skin burns.

Professor Lesiak said: “The only side effect observed so far may be a mild, temporary hyperpigmentation that subsides after the therapy is discontinued."

Online recruitment for the study 'Blue light and the quality of life of post-COVID-19 patients, without hospitalisation' is still open at www.stop-covid.pl.