Study: mRNA vaccines against COVID-19 most trusted in Poland 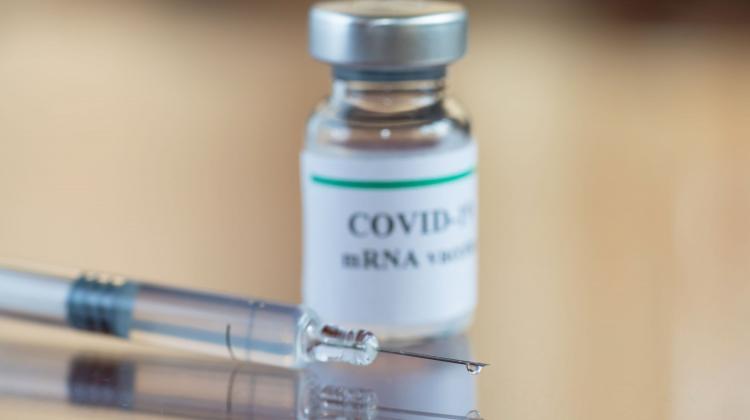 When mRNA COVID-19 vaccines were first brought to Poland, there were some who feared they were untested and would modify human genes. Today, the vaccines enjoy the greatest public trust in Poland, says Dr. Piotr Rzymski from the Poznan University of Medical Sciences.

After studying Poles’ attitude to various types of vaccines against COVID-19, Rzymski said: “In a study we conducted in February and March on a group of over a thousand people who wanted to be vaccinated against COVID-19, mRNA vaccines were the most recognizable and enjoyed the highest degree of trust, regardless of the age or education of respondents. Interestingly, more than 20 percent of respondents had never heard of classic solutions such as live or inactivated vaccines, they were also given a lower degree of trust, despite a long history of use against various diseases.”

Among the COVID-19 vaccines authorized in the European Union and used in Poland at the time of the study (the study was conducted until a positive recommendation for the Johnson & Johnson vaccine was obtained), the two mRNA vaccines (Pfizer and Moderna) enjoyed a very high degree of trust.

Rzymski said: “The AstraZeneca's vaccine received a significantly lower degree of trust from respondents. It was even lower than that given to vector solutions as such in vaccines. This must have been influenced by media reports of the side effects after the first dose, the confusion over the effectiveness of this preparation and, finally, the rare thromboembolic events that are still monitored by the EMA.”

According to Rzymski, among the vaccines not yet unauthorized in the European Union, the mRNA vaccine from the German company CureVac enjoyed the highest level of trust.

He continued: “Sputnik, on the other hand, was the least trusted vaccine. This is not surprising, and caused not only by the turbulent history of Poland and Russia, but also, perhaps most of all, the history of this vaccine, which the Russian authorities authorized in August 2020, before launching the third phase clinical trials to gather data on the safety and effectiveness of the preparation."

The results of the study show that an information and education campaign can significantly influence the perception of a given type of vaccine.

Rzymski said: “Today, mRNA vaccines have the greatest confidence. If they pass the pandemic test, there is a chance that they may be more accepted than those developed in other technologies. It is worth mentioning that several dozen clinical trials of such vaccines are already underway, including vaccines against Zika virus, Nipah virus, RSV, cytomegalovirus, Epstein-Barr virus and HIV. What's more, the mRNA platform has the potential for use in personalized cancer therapies, which has been researched for years."

He added that now may also be the perfect time to raise awareness of all types of vaccines, given the higher level of general public interest in vaccination.

He said: “Interestingly, in addition to the over 50s, gender and lower education level, one of the factors that determined the higher level of fear of vaccination against COVID-19 was the lack of searching for information on the topic. People with a higher awareness feel more confident and safer. According to respondents, materials developed with the participation of experts were the most important source of information about vaccination against COVID-19. This underlines the importance of initiatives such as +Science Against the Pandemic+ and many other educational activities currently carried out in Poland.”