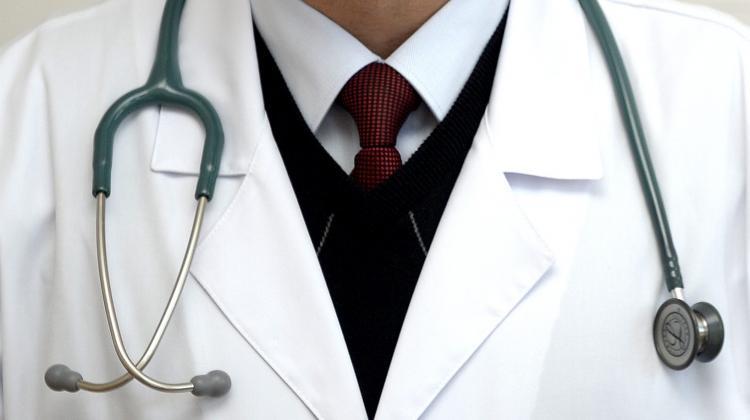 Computers increasingly help in the analysis of medical data, support diagnoses and even predict the effects of therapy. But will they replace doctors? Dr. Mariusz Dzieciątko talks to PAP about the role of computers in medical practice.

Mariusz Dzieciątko is a doctor of technical sciences with 20 years of experience in the field of information technology, a lecturer at the Institute of Computer Science and Digital Economy of the Warsaw School of Economics and Business Solution Manager at the Technology and Big Data Competency Center at SAS Poland. He is also president of the Family Education Association.

PAP Science in Poland: Does today's doctor have a chance to keep up with new knowledge? Apparently, it is impossible, even if one only reads professional publications every day, 24 hours a day.

Dr. Mariusz Dzieciątko: I think it actually is physically impossible now. The number of publications on treatment or new drugs is so large that doctors have no chance of being up to date with such information in their daily work. Unfortunately, there are currently no tools that would organize all knowledge and allow doctors to use it effectively.

SiP: Can't computers handle it yet?

M.D.: Computers can handle it, but solutions introduced on a mass scale have not yet been developed. For example, less than a year ago, SAS created a system that integrates scientific publications on COVID-19 and allows, in this case scientists, to freely navigate the collected information. This made it easier, for example, to work on vaccines.

SiP: Can we soon expect systems for doctors that will integrate medical knowledge, data about the patients, their diseases, lifestyle, and support diagnosis? For example, this was how IBM Watson was supposed to work.

M.D.: From the point of view of technology, such solutions already exist. However, a number of barriers remain to be overcome. There are, for instance, language issues to be solved. For example, Polish is much more difficult than English when it comes to data analysis. Another challenge results from the limited access to data, which was made more difficult after the introduction of the GDPR. It is about data security or issues related to sharing it. There are also other problems.

SiP: What problems are those?

M.D.: Building computer models on the basis of information from one hospital or even a network of clinics is insufficient, because there are very rare diseases, for example cancers, the number of cases of which in one clinic can be counted on the fingers of one hand. It is not enough. It is necessary to combine databases from all over Poland, which is already happening through various registries, such as the National Cancer Registry. I think many doctors today may not know why they enter so many different data into different systems. Meanwhile, on their basis, it will be possible to develop models that medics can later use in their work.

M.D.: Yes, one of the important elements are, for example, notes written by doctors. This is where algorithms that analyse natural language can come in handy. Today, a lot of information is stored in the form of free text that is not included in digital databases, and it does contain valuable data.

SiP: At the same time, computers are already getting better at more specialized tasks, such as the analysis of imaging examinations.

M.D.: When it comes to the analysis of radiological images, there has indeed been a significant progress. Algorithms support doctors in this regard and speed up their work. This area is already quite well developed in the world, but still relatively poorly developed in Poland. Another example is the analysis of birthmarks on the skin. A smartphone with an appropriate app is enough to get an initial assessment.

M.D.: From the modelling point of view, it is feasible. But I believe that such results should not go beyond the doctor's knowledge. There are also issues of ethics and the computer's heartless approach. If such tools were made available to patients, the effect would not necessarily be positive.

SiP: So the information will be available to the doctor who will pass it on to the patient in an appropriate manner?

M.D.: Yes, I think that models of this type could show doctors, for example, which patients should be taken care of intensively, because they are more at risk.

M.D.: Today, doctors have to enter prescriptions, notes and other information using a keyboard. I think an important improvement will be to replace the keyboard with a voice interface. The benefits will include much more time for talking to the patient, because now entering data into the computer is very time-consuming.

SiP: What are the digital competences of Polish doctors? Can they handle such systems easily?

M.D.: I think that if they feel that the new systems help them at work and respond to their needs, there will be no problem with their implementation.

SiP: Is there no risk that computers will replace people altogether?

M.D.: In my opinion, there will always be place for doctors because computers are soulless. And contact with patients requires empathy and understanding.

SiP: Couldn't a machine simulate it?

M.D.: The question is, how exactly could this be done? I believe it will be a long time before computers are able to mimic humans in this regard. I believe that digital algorithms should not be seen as a threat to doctors, but as a support.