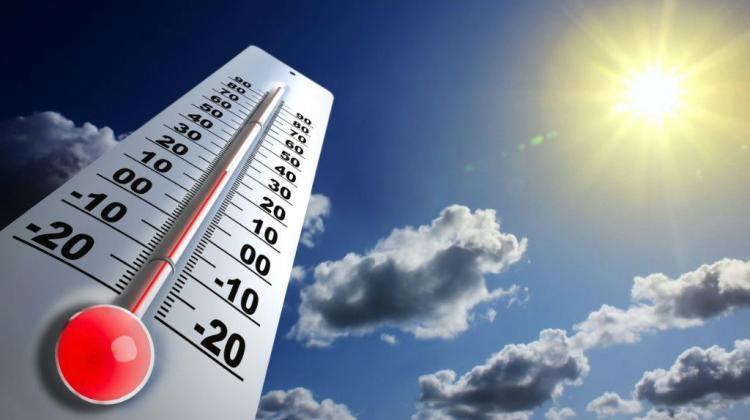 According to the Institute of Meteorology and Water Management - National Research Institute report 'Polish Climate 2020’, the average air temperature in 2020 in Poland was 9.9 degrees C, 1.6 degrees C more than the 1981-2010 average,

The report said: “The beginning of the year was particularly warm, the temperature in January, usually the coldest month of the year, was 3.7 degrees C higher than the climatological normal, and in February it was 4.6 degrees C higher.”

May 2020, however, was particularly cold, with the average temperature hitting just 11 degrees C, 2.3 degrees C lower than normal.

The report also noted that in Poland, May is one of the most thermally variable months. The temperatures in May can be high, like in 2018, when it was 16.4 degrees Celsius and classified as a summer month. But it can also be low, like in 1980, when it reached 9.3 degrees C. The month close to normal was July, when the deviation from the norm was only -0.1 degrees C.

The report said: “Due to the fact that the winter months were extremely warm, the air temperature in winter, in the period from December 2019 to February 2020, was 3.1 degrees C, 3.9 degrees C higher than the climatological normal.”

However, the report noted that it was the warmest winter since the middle of the 20th century and since the beginning of instrumental measurements in Poland.

“2020 was the second warmest year since the beginning of regular instrumental measurements in Poland,” said the report. “Only 2019 was warmer. Winter 2019/2020, the period from December 2019 to the end of February 2020, was the warmest winter season in the history of temperature measurements.”

The air temperature increase is slowest in the Sudetes (1.8 degrees Celsius), and since the beginning of the second half of the 20th century the winter temperature has increased by 2.5 degrees C, and the summer temperature by 1.9 degrees C.

Last year, precipitation was characterized by strong spatial differentiation, and their annual totals ranged from 80 to 140 percent of long-term normal.

The report said: “In the warm season of the year, there were numerous cases of violent and extremely heavy rainfall, causing local floods. Similar rapid rainfall occurred in October. Area average rainfall in Poland in 2020 was 645.4 mm, 6 percent higher than the climatological normal.”

A strong rainfall deficit was recorded in north-western Poland, in the coastal strip and in the South Baltic Coastland. The report continued: “The inter-annual variability was characterized by rain-free periods lasting several dozen days, heralding the occurrence of atmospheric drought and initiating the phenomenon of soil drought.”

A significant deficit of precipitation was also recorded in isolated inland areas.

The number of sunshine hours ranged from 1,585 hours in Mława to 2,202 hours in Jelenia Góra. It was higher than the long-term normal by values ranging from 100 to almost 600 hours.

The Institute of Meteorology and Water Management - National Research Institute has been monitoring the climate of Poland for over 100 years, conducting observations and measurements of all significant climate variables.