Microorganisms to help break down drugs in environment 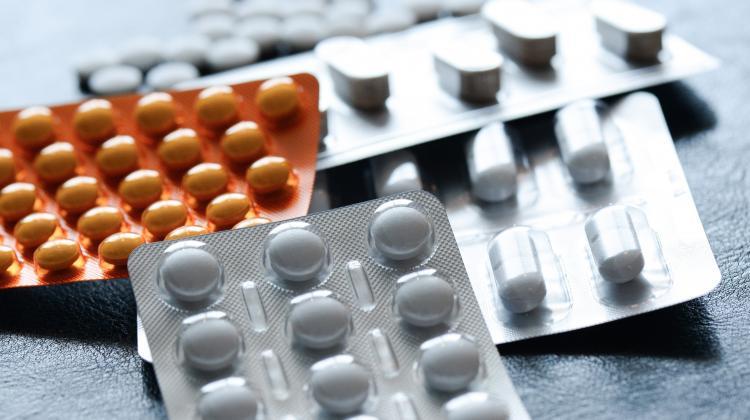 The presence of drug residue in surface waters is now an EU-wide problem, with some drugs even being detected in drinking water.

Scientists are now working on increasing the efficiency of their biological decomposition by specific strains of microorganisms.

Dr. Agnieszka Nowak from the Institute of Biology, Biotechnology and Environmental Protection of the University of Silesia in Katowice, who is particularly interested in non-steroidal anti-inflammatory drugs (such as ibuprofen or diclofenac) and iodinated contrast agents said: “The problem is that the amounts of certain drugs in the environment are growing.

“A good example are iodinated contrast agents, compounds administered, for example, before a CT or MRI scan. These pharmaceuticals are safe for humans because we do not metabolise them, we excrete them practically unchanged. But once they enter the environment, they can biotransform and become harmful.”

The same is true of non-steroidal anti-inflammatory drugs. Nowak said: “These aromatic compounds are very often only slightly transformed; they are not broken down into compounds that are safe for us. And because sewage treatment plants are not required to monitor this type of substances in wastewater (the legislation does not provide for it), they are excreted and end up in groundwater, surface water and even drinking water.”

The researcher also points out that the medical value of these substances is not questioned, it remains a priority, but the fact remains that the presence of these compounds in the aquatic environment may have a detrimental effect on the health of fish.

The problem may be solved by increasing the efficiency of biological decomposition of these substances in wastewater treatment plants. Nowak explains that this is achieved by introducing selected strains of microorganisms there that are capable of biodegradation of specific pollutants.

Researchers search for such microorganisms (capable of decomposing specific compounds) in the sewage treatment plants themselves, and more specifically in the activated sludge.

Nowak said: “We already have these microorganisms. The problem is that even if everything works out great in laboratories: bacteria degrade what we want, even in much higher concentrations than the ones found in the environment, then after introducing them to activated sludge in sewage treatment plants, they are not able to survive.”

According to Nowak, research on the toxicity and biodegradation of pharmaceuticals is gaining popularity worldwide. She said: “Access to these over-the-counter, non-steroidal, anti-inflammatory drugs is virtually unlimited. But it turns out that we cannot use them without environmental consequences. Apart from our health, we should also consider the long-term effects and monitor what happens with these substances. Because eventually they will come back to us, the whole environment is a closed system after all.”

She added that there were important legal issues to also take into account. For almost 20 years, the European Union has had a list of substances and pollutants, the release of which into the environment should be reduced or even completely banned.

These are monitored in sewage treatment plants. There is also the so-called watch list (updated every two years) of compounds that should be investigated for environmental safety.

Nowak said: “Such lists already include some antibiotics, steroid hormones or diclofenac. It can be assumed that these actions will eventually result in changes in the legislation and monitoring of such compounds will also be required.”

The members of the Biochemistry and Genetics of Microorganisms Team from the Institute of Biology, Biotechnology and Environmental Protection of the University of Silesia in Katowice, under the supervision of Dr. Danuta Wojcieszyńska, are working on microbiological vaccines that will help to introduce these microorganisms with a high drug degradation potential into the activated sludge. The work is carried out as part of projects financed by the National Science Centre and the National Centre for Research and Development.