Your internal 'brake' can limit the amount of pain you feel, says expert 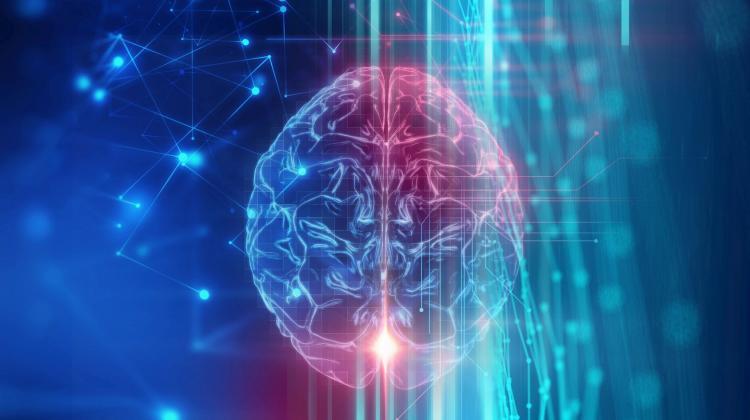 There is a centre in the nervous system that constantly tries to block human pain. When this internal brake malfunctions, some patients may experience pain spreading over large areas of the body, researchers say. For now, they have shown how the strength of pain increases.

If your knee hurts, hit your hand and it will stop. This joke advice, which sometimes comes up in conversations, is actually a fairly well-known mechanism described by scientists who study the physiology of pain. It is called the paradigm of pain inhibition by pain. It is based on the fact that when in a scientific experiment we irritate one hand with a stimulus, then irritate the other with the same stimulus, and then the first one again, each time measuring the strength of the pain, the first hand irritated for the second time will not be so painful. The pain in the second hand inhibits the pain in the first.

Scientists are aware of at least four similar paradigms, patterns that reflect pain perception and inhibition in humans. They are needed in order to better diagnose and treat patients with various types of pain. “Patients who suffer from chronic forms of pain have impaired mechanisms of inhibiting it, but to varying degrees. The more ways there are to evaluate the mechanisms of pain inhibition, the easier it will be to group patients and determine whether a given therapy will be effective in individual cases,” says Dr. Wacław M. Adamczyk from the Institute of Physiotherapy and Health Sciences of the Jerzy Kukuczka Academy of Physical Education in Katowice and the University of Lübeck.

Occasionally, pain may occur in two parts of the body at the same time. Then pain researchers talk about the phenomenon of spatial summation (adding) of pain.

Dr. Adamczyk studied the latter issue together with an international team of scientists. The results of two experiments on the phenomenon spatial summation of pain have been published in the journal PAIN - here and here.

“This is basic research on the physiology of the pain sensation system,” says Dr. Adamczyk. In one of the volunteer experiments, the researchers compared two types of spatial summation of pain. In one type, they increased the surface area of the body that was stimulated, and in the other, they manipulated the distance between painful body parts. “It would seem that if we stimulate a 2 cm square of the body surface and then we feel pain rated at 2 points on a scale of 1-10, then with stimulation of 4 cm square we will feel pain rated 4 points. But that is not the case; it turns out that pain increases in a non-linear way,” says Adamczyk.

The lack of linearity supports the assumption that there is a 'centre' in the nervous system that constantly tries to contain human pain. Adamczyk says: “With the increase of the stimulated body surface, the mechanisms of pain inhibition act more aggressively and therefore the further increase in perceived pain is not linear, because this pain is inhibited. It seems that it is a mechanism that allows a person to take action when they are in a life-threatening situation involving a huge, extensive trauma to the body. If the increase were linear, the amount of perceived pain would be so great that you would not be able to react in any way.”

Neural spatial pain summation mechanisms have already been studied in an animal model and it has been shown that such a principle exists at the spinal cord level. However, there is no human neuroimaging data to confirm that this is also the case in humans. Scientists are planning fMRI studies to see which neural centres are responsible for the spatial summation of pain.

Adamczyk says: “We will try to check where, at which level of the nervous system, the summation of pain occurs.

'We suspect that in patients with chronic pain over large areas of the body, this pain summation mechanism may be defective. As they lack this inhibition, the pain persists for a long time and the spatial pain summation phenomenon is linear.

“Perhaps our spatial pain summation test can be used to help diagnose people who are prone to developing chronic pain.”