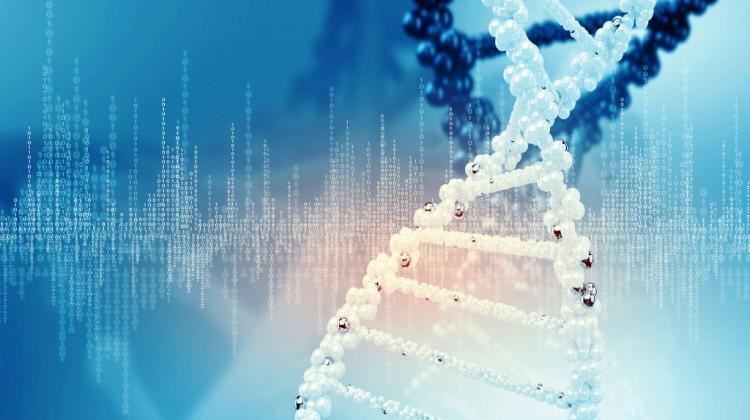 Researchers from Poznań have been hailed as ‘groundbreaking’ after they analysed a huge database of cancer cells and developed the first comprehensive atlas of somatic mutations in 30 genes encoding proteins involved in the formation and function of microRNAs.

During the development of each tumour, thousands of changes (mutations) accumulate in its genome. Only some of these mutations affect cancer development, i.e. the uncontrolled growth and division of cancer cells. The identification of these functional mutations is a key challenge in cancer genetics. It helps to better understand the processes taking place in tumours, and sometimes becomes the basis for the development of new cancer therapies or markers.

Researchers from Professor Piotr Kozłowski's team at the Institute of Bioorganic Chemistry of the Polish Academy of Sciences studied cancer-related mutations causing errors in the cellular machinery involved in the formation and regulation of micoRNAs. Checking which of the mutations were most common in particular types of cancer, they developed the first comprehensive atlas of mutations in protein genes involved in the formation and function of microRNAs. The scientists also showed which genes mutated most often and in which tumours. Only somatic mutations were taken into account, i.e. those that occur in cancer cells, and not those inherited from parents.

MicroRNAs (miRNAs, not to be confused with mRNAs, or messenger RNAs that encode proteins) are short non-coding RNA molecules. They are about 20 nucleotides (the components of the RNA strand in the form of A, C, U and G) in length. The function of microRNAs is called post-transcriptional regulation of the expression of most genes: controlling whether the protein encoded by a given gene can be created in the mRNA template translation process. So far, approx. 2,000 various microRNAs in humans have been identified. We know that the levels of many of these molecules change significantly in tumours and that they have an important role in the process of carcinogenesis.

In their work, scientists from Poznań used the data on over 10,000 samples taken from the 30 most common types of cancer, collected in The Cancer Genome Atlas (TCGA).

The results broaden the knowledge about mutations occurring in particular cancers and may be useful for researchers and doctors who conduct research on these specific cancers. For them, it will be valuable to know which mutations are related to the features of cancer. The map may also be used by researchers interested in particular enzymes involved in miRNA processing in the cell. For them, the spectrum of identified mutations may represent natural research models for individual enzymes.

Professor Piotr Kozłowski said: “We were the first to show precise maps of neoplastic mutations in genes involved in the formation of microRNAs, and at the same time we showed the effect of these mutations on the level of microRNA in a cancer cell. In some cases we also indicated the clinical effects of such mutations. For example, we showed their impact on the patient's chances of survival.”

The publication, which appeared in the prestigious scientific journal Nucleic Acids Research (https://doi.org/10.1093/nar/gkaa1223), was described by the editors as groundbreaking.