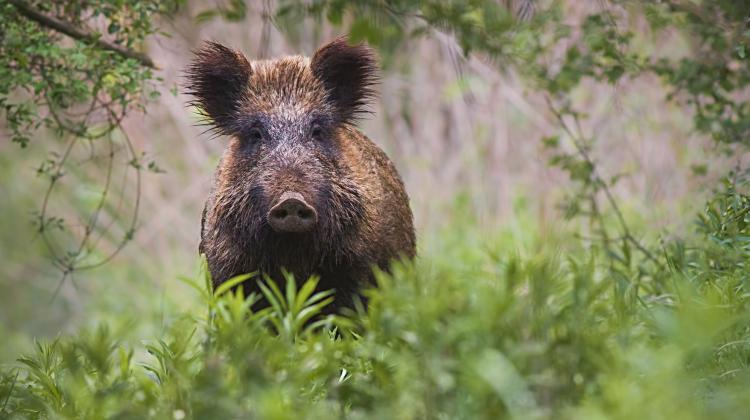 To combat African swine fever (ASF), there should be a systematic search and removal of dead boars, say experts.

ASF is an infectious viral disease that affects wild and domesticated pigs, causing very high mortality among infected animals. The ASF epidemic causes huge economic losses and has serious ecological and social consequences in Europe and Asia. Despite growing knowledge about the epidemiology of the disease, activities aimed at its control are often reactive, do not offer comprehensive solutions and are not supported by current scientific knowledge, say the authors of a new report.

Since the beginning of the ASF epidemic in the European Union in 2014, the Mammal Research Institute of the Polish Academy of Sciences, in cooperation with the National Veterinary Institute in Puławy, the United States Department of Agriculture and the British Animal and Plant Health Agency, has been conducting research on the epidemiology of ASF among wild boars that are ASF reservoirs in the natural environment.

Report author and lead researcher Dr. Tomasz Podgórski from the Mammal Research Institute of the Polish Academy of Sciences in Białowieża said: “The results allow us to better understand the mechanisms of disease spread and formulate recommendations for its control.”

The report said: “Wild boars lead a sedentary lifestyle, and contacts between individuals that can lead to transmission of the virus are limited to animals living in the same or closely neighbouring social groups. The low mobility of wild boars, their social structure, and high virulence of the ASF virus limit the rapid development of the epidemic (...). ASF is spreading gradually among wild boars due to the continuity of the population, and not by leaps as a result of long-distance migrations of wild boars."

The research also shows that the probability of ASF occurrence in wild boars depends on the structure of the environment and population density. With a large number of wild boars, the risk of infection increases, as does the disease spread rate and the duration of its persistence in a given area.

Although the available field data do not determine a clear threshold for wild boar population densities, below which the automatic extinction of the disease outbreak occurs, statistical simulations indicate that the rate of ASF spread should decrease at a density below one individual per square kilometre.

A significant mechanism of disease transmission, accounting for 53 to 66 percent of the virus transmission and determining its long-term persistence in the wild boar population is the contact of healthy animals with the infected carcasses of dead boars. This path of infection is especially common when wild boar numbers are low and the presence of this mechanism is necessary for the long-term persistence of ASF in wild boar populations.

Dead wild boars infected with ASF are most often found in humid environments, near watercourses and in shady places. These places were usually located in different environments than those chosen by wild boars for rest, where the search for dead wild boars is often carried out.

ASF causes a high mortality rate in the wild boar population, many times exceeding the hunting rate. Data from the Białowieża Forest show an 80 percent decrease in an area not subject to hunting (national park) one year after the outbreak. In the hunting area, the fourfold culling increase contributed to only 10 to 20 percent decline compared to the mortality caused by ASF.

The scientists also make recommendations for the control of ASF, saying that the chances of detecting infected animals are greatest in areas with continuous and abundant wild boar populations, such as dense forests. Concentrating ASF prevention activities, such as culling, carcass removal or fencing in these areas increases the chances of successfully reducing the occurrence and spread of the disease.

Activities aimed at controlling ASF should be focused on previously identified cases, and their intensity should decrease with distance from the infected area.

High abundance of wild boar increases the risk of the occurrence, spread and long-term persistence of ASF, which indicates the need to reduce densities in order to control the disease. The reduction should be carried out in a zoned system, focusing in particular on the buffer zone adjacent to the infected area, the researchers recommend.

They also note that due to the lack of reliable data on the actual wild boar population densities, setting target density thresholds to limit the spread of ASF is currently not justified.

The results of the simulations testing the effectiveness of ASF control methods in wild boar populations indicate that the reduction of the initial number by 50-75 percent reduces the number of new cases, but carries the risk of spreading the disease to new areas.

On the other hand, fencing the areas affected by ASF within a radius of at least 20 km with a fence with high (95%) efficiency in blocking wild boar movements significantly reduces the spread of the disease to new areas. The combination of activities in a zoned system, consisting of prohibiting hunting in the fenced infected zone, the systematic search for and removal of dead boars from it and the population size reduction in the adjacent area, is currently the most effective strategy for ASF control among wild boars, successfully applied in the Czech Republic and Belgium.

The summarized research was carried out as part of research projects financed by the Ministry of Science and Higher Education and the National Science Centre.