Cultivation of millet in Europe started around 3,500 years ago 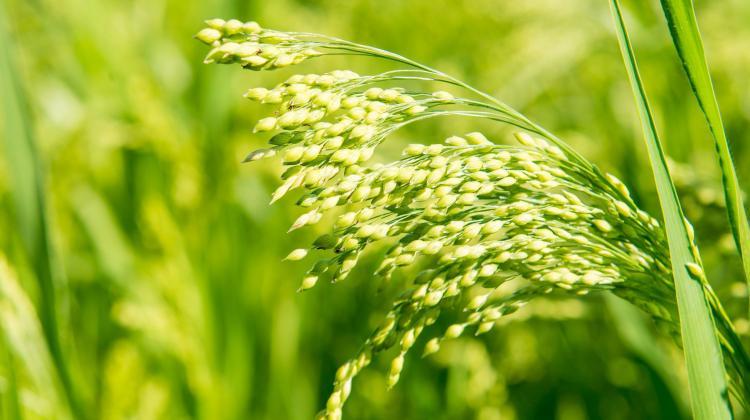 Millet began to be cultivated in Europe not 7,000 years ago in the Neolithic period as previously thought, but in the Bronze Age, about 3.5 thousand years ago.

An international team of scientists led by Dr. Dragana Filipović from the University of Kiel (Germany) conducted extensive research of millet grains from 75 archaeological sites all over Europe, including Poland.

Using a new radiocarbon method (14C/AMS) they were able to determine the age of very small samples.

Dr. Łukasz Pospieszny from the Institute of Archaeology and Ethnology of the Polish Academy of Sciences and the University of Bristol (UK) said: “Until now, the consensus was that millet appeared in Central Europe 7,000 years ago with the first farmers, but it started to be cultivated on a larger scale only several thousand years later, in the Bronze Age and at the beginning of the Iron Age.”

Scientists knew that millet had been domesticated in China about 8,000 years ago.

To find out how it ended up in Europe, as there was no archaeological evidence of even indirect contact between Asia and Europe, they asked researchers of the oldest farming settlements in Europe (and later ones from the Bronze Age to confirm their age) to provide samples of millet.

Dr. Pospieszny said: “It turned out that none of the tested grains, expected to be more than 6,000 years old, were that old. Most were from the Bronze Age, 3.5 thousand years old or younger.”

Earlier seed datings were based, for example, on the age of the vessels found in the vicinity of stock pits where grain was stored. Until now, no one has determined the age of millet on such a scale by examining the grains themselves.

Determining the age of millet was from several dozen sites in Europe gave archaeologists a better picture of its spread across the continent. As expected, the oldest cereals come from the eastern part of Europe, including Ukraine. This is consistent with the concept of the arrival of domesticated grain from Asia.

According to Pospieszny, farmers began cultivating millet as it was easy and has a short growing season, meaning it can be sown and harvested quickly.

He said: “Some say that it could have been an +emergency+ grain in Europe in case other crops were frozen or failed for some other reason.

“Millet was used extensvely in the Iron Age, when the population exploded. Perhaps millet became very popular due to the great demand for grain.”

The results of the research appeared in Scientific Reports.