The Battle of Warsaw saved Europe From Bolshevism 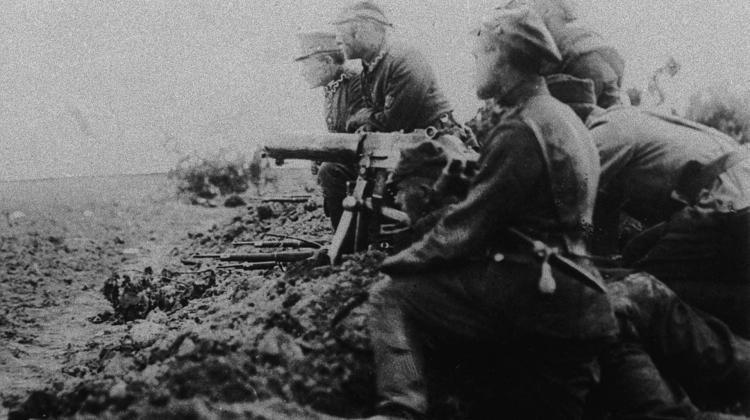 Soldiers with a Polish machine gun on the battlefield near Radzymin. Credit: PAP/Archive

The 1920 Battle of Warsaw saved a large part of Europe from the threat of Bolshevism, says Adam Zamoyski, a British-Polish historian and author of a number of best-selling books about the battle.

On August 13-15, 1920, the decisive battle of the Polish-Bolshevik war took place on the outskirts of Warsaw. Referred to as the 'Miracle on the Vistula', it ended with the Polish Army's victory over the Red Army. This year marks the 100th anniversary of the event.

Zamoyski told PAP: “Looking from the perspective of 100 years, it can be said that its effects turned out to be long-term, because it saved Europe from the threat of Bolshevism. I do not like what-ifs, but if the Russians reached Germany in 1920, it would at least trigger a revolution attempt, and it is very possible that the whole of Western Europe would be flooded with socialism, if not Bolshevism.”

He points out that the export of the revolution was an additional goal for Lenin, the primary one being to secure his rule in Russia. Zamoyski said: “Remember that the rule of Lenin and the Bolsheviks was very uncertain at the time, they spent the previous 18 months fighting against the counter-revolution of the White Army and from their point of view the situation was not favourable. Launching the offensive to the west was, on the one hand, an attempt to gather society around the Bolshevik cause, and on the other - a preventive strike before the invasion of Western countries that Lenin anticipated.”

However, one of the consequences of the Russian defeat was also Stalin's later attitude towards Poland and could have indirectly influenced Stalin's actions in 1939 and 1940 and contribute to Katyń.

Zamoyski emphasizes that calling the Battle of Warsaw the "Miracle on the Vistula" is unjustified, because the victory of Polish troops was not a miracle or accident. He said: “First of all, Piłsudski led the entire offensive from the Wieprz River very decisively and well, the plan was great, but the Russian troops were also at their end of strength, because this long, 600-kilometre fast march towards Warsaw exhausted them and disorganized them so much that they were not able to resist or regroup, and only panic on the Polish side could open the gates to Warsaw for them.

“If we are looking for a miracle, it was rather the fact that Polish society, which was after more than 100 years of partitions and which, to a large extent, was not native to Poland, managed to stand together in defence of this long-awaited independence. The fact that everything worked smoothly, trains ran, the army did not collapse, the civilian population helped, the administration did not fail, and the newly established state institutions functioned. This proved that Poles deserved this newly regained independence and it was not a romantic dream of a small elite, but really a dream of the vast majority of the population.”

According to the historian, although the Battle of Warsaw was key to stopping the Bolshevik offensive, it did not enter the general consciousness in the West, not even in the UK, despite the fact that British politician and diplomat Edgar Vincent, Viscount D'Abernon, recognized it as the 18th most decisive battle in the history of the world.

He explains this by the fact that just as the Bolshevik threat suddenly appeared in July-August 1920, it was stopped just as quickly by Piłsudski, so apart from some statesmen, few realized the possible consequences. As a result, the event has never actually taken root in the consciousness of Western public opinion.

Zamoyski believes that this ignorance does not only concern the Battle of Warsaw, because the average Brit, when asked in the street, knows nothing about the Battle of Waterloo. On the other hand, Zamoyski believes that thanks to his books published in English and Norman Davies' White Eagle, Red Star, among people interested in history, the knowledge of this subject is still much greater in the Anglo-Saxon world than, for example, in France.

Adam Zamoyski is a British-Polish historian, writer and publicist, author of several books on the history of Poland and the history of Europe in the 19th century, including two devoted to the Polish-Soviet war" The Battle for the Marchlands, A history of the 1920 Polish-Soviet War and Warsaw 1920. Lenin's Failed Conquest of Europe. He regularly publishes in major British newspapers and lives in London.