Bee Prof creates a ‘buzz’ with his disease-fighting fungus 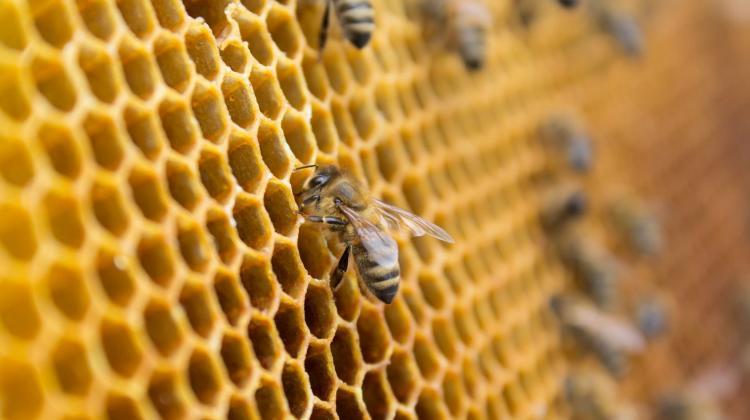 A natural drug against infectious bee diseases made from fungus extracts found in the Białowieża Forest has been discovered by researchers at the Białystok University of Technology.

Known as Aurantiporus fissilis, the foulbrood-fighting fungus is the first natural remedy for European and American foulbrood, without side effects or any harm to either bees or humans.

Aurantiporus fissilis, which is supposed to help in the treatment of American foulbrood, is a rare fungus, it occurs on dead wood, which it decomposes, mainly on aspen.

Professor Sławomir Bakier, director of the Institute of Forest Science who has spent three years researching the fungus, said that while there are drugs for foulbrood, antibiotics and polysulfamides, they are not approved for use because they penetrate honey and other bee products, making them harmful.

He said: “Research has shown that almost half of Polish apiaries have dangerous amounts of foulbrood spores in honey,” adding that foulbrood additionally damages apiaries weakened by the main bee disease – varroosis.

Data from the Chief Veterinary Inspector for 2017 show that there are more and more bee foulbrood outbreaks in Poland. In 2019, there were 260 outbreaks of this disease, in 2017 there were 137 outbreaks.

He has now applied for a patent for the discovery to be able to produce the drug and make it commercially available.