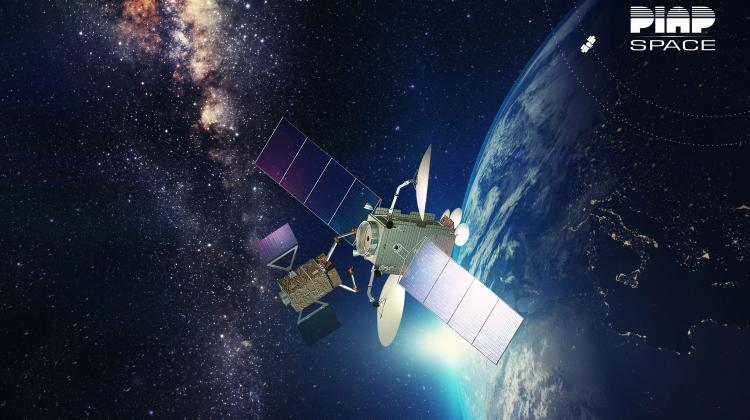 PIAP Space has signed a EUR 2.5 million contract with the European Space Agency (ESA) for the development of a robotic arm for servicing satellites as part of the TITAN project.

The Warsaw-based company will build a prototype multi-articulated robotic arm for the future deorbitation and servicing of satellites in orbit.

This is the first such large contract involving the development of an entire satellite subsystem for the Polish space industry, according to the company.

PIAP Space CEO Mateusz Wolski said: “The TITAN project is a great success for the company, on which we have been working with our team of subcontractors for almost three years.

“This project is particularly important to us. It is a proof of the trust of ESA, which has entrusted a Polish organization with the integration of the entire satellite subsystem.

“We have a lot of work ahead of us, but it is an important step to achieve the company's strategic goals.

“The implementation of the TITAN project will bring us closer to bringing a robotic arm to the commercial market.”

The results of the project will be used in future ESA and European Union missions and in the commercial sector. The TITAN device will make it possible to repair damaged satellites and deorbit satellites which threaten other objects.

PIAP Space is a spin-off company established in 2016 by the Łukasiewicz Research Network - Industrial Research Institute for Automation and Measurements PIAP.

Piotr Dardziński, President of the Łukasiewicz Centre, said: “Łukasiewicz's ambition is to become a leader in the niches of the space sector and to strengthen the position of a respected solutions provider in this sector.

“This path to success is being paved by projects such as the TITAN project - bold, developed to the smallest detail and carried out on a European scale.

“I congratulate PIAP Space on this success. I am glad that we can share it within one organization and at the same time use the experience of Łukasiewicz - PIAP in creating an entity that grew on the basis of the Institute's research results.”